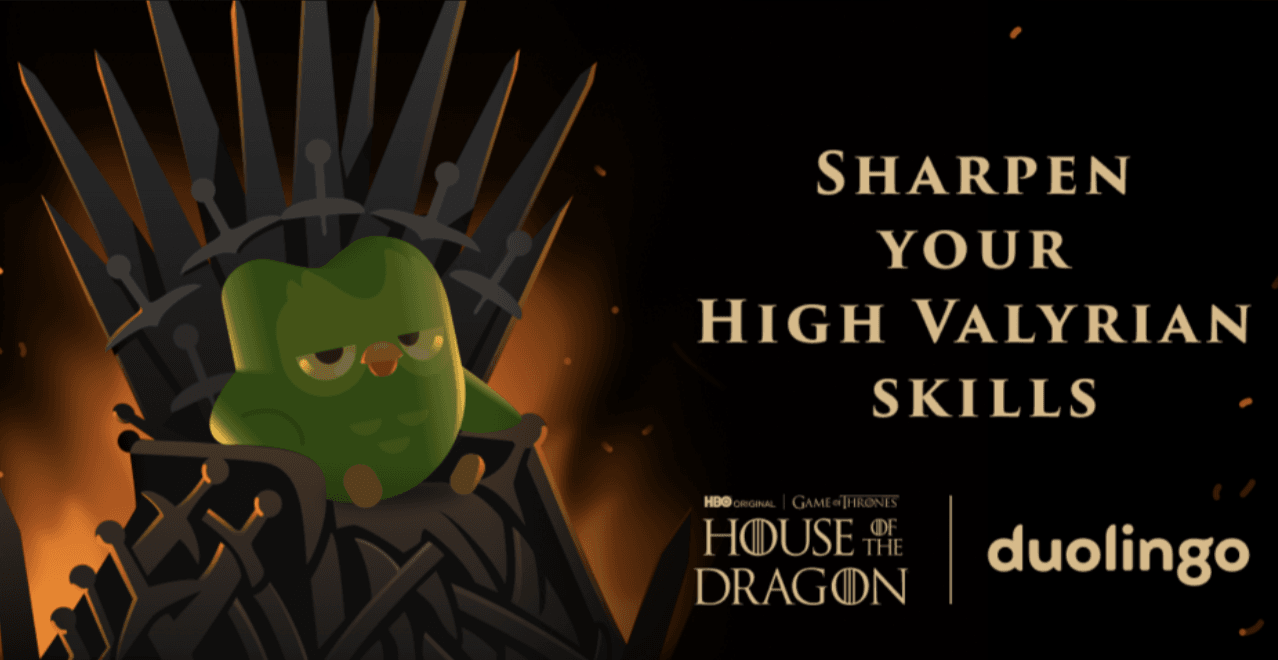 To get Game of Thrones fans ready for the House of the Dragon premiere (21.08), Duolingo is updating its High Valyrian language course with new vocabulary that will be said in the show. If you’re unfamiliar, High Valyrian is one of the ancient languages spoken in the Game of Thrones universe. Working with linguist David Peterson, the language creator behind High Valyrian, the expanded Duolingo course will now feature nearly 400 words and phrases that will be utilised for practice sentences in the app. A few examples include:

Brushing up on High Valyrian ahead of the premiere not only allows fans to impress their friends, but there’s a payoff too. Within the recently announced augmented reality app from HBO, House of the Dragon: DracARys, fans can hatch a personalised virtual dragon egg that they can “raise” to be their dragon. The HBO app, which is available for download on July 20, will tell users how to command their dragon in High Valyrian.


But thanks to the expanded course in Duolingo that’ll include the AR dragon commands, fans can polish their pronunciation skills in order to better command their dragon within the House of the Dragon: DracARys app.

Duolingo worked directly with David Peterson, the linguist who developed the full High Valyrian language based on the book series “A Song of Ice and Fire” by George R.R. Martin.

“I am thrilled for new and old fans of the “Game of Thrones” series to experience the High Valyrian language. It’s been a pleasure to revisit the world of Westeros for “House of the Dragon” and work with the team at Duolingo to breathe new life into this course,” said Peterson.

US Supreme Court Protects the Rights of LGBT Workers