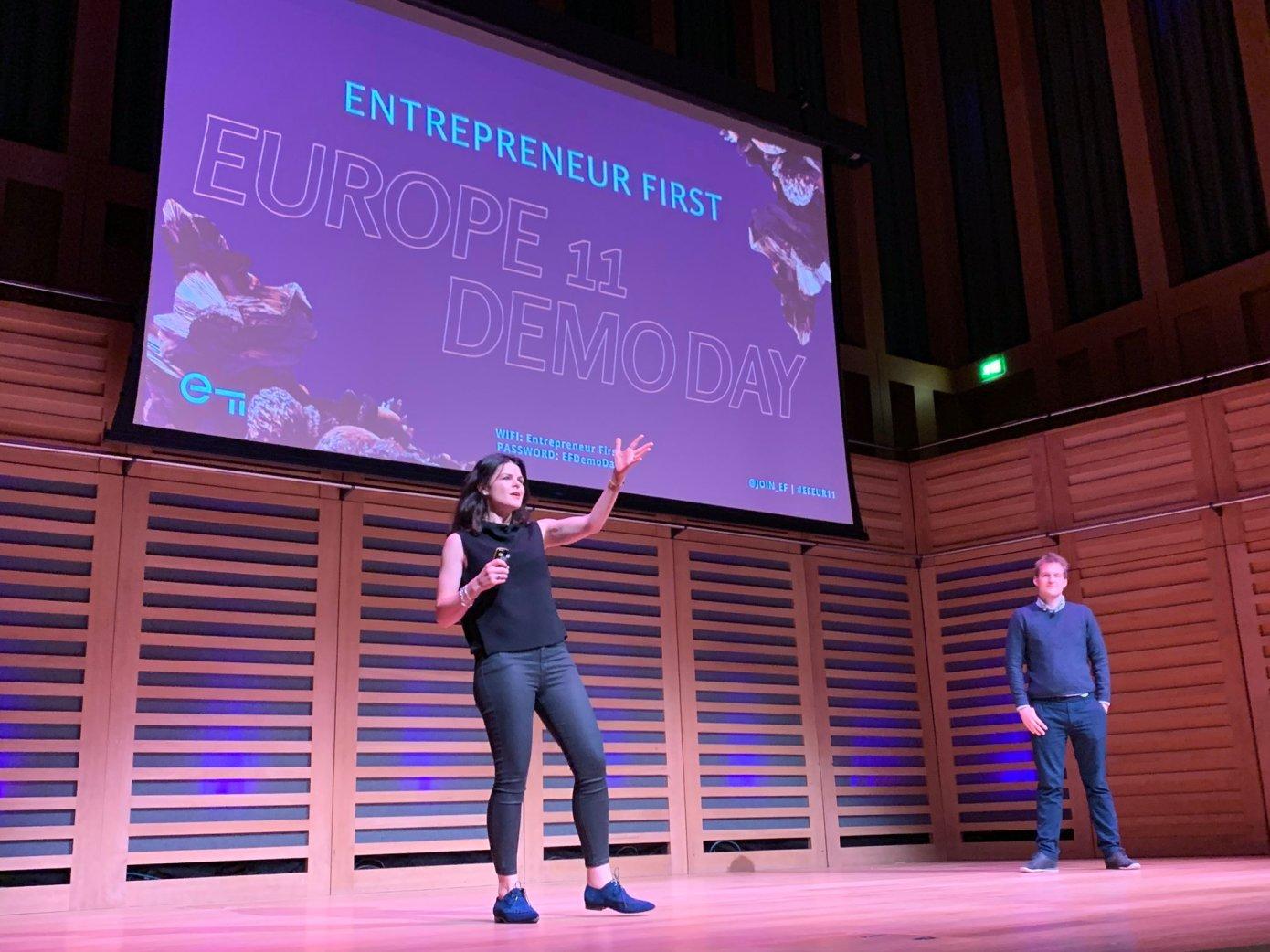 The pitches took place in front of a near-overcapacity crowd at King’s Place in London’s King Cross area, with 29 startups pitching to investors, press and other actors in the European tech scene.

EF is different from many other demo days that the U.K. capital city hosts because investors can back individuals “pre-team, pre-idea” — meaning that the companies pitching have only come into existence during the three programmes and may never come into existence without the founders meeting and collaborating at EF.

The themes for EF’s eleventh London Demo Day continue to reflect the investor and company builder’s focus on recruiting the best technical and domain expert talent. The company invests in both recent graduates and people already working at tech companies. Pitches spanned practically every area of the tech sector you could think of.

This recent demo days comes shortly after EF announced it has raised a $115 million new fund led by a number of leading (mostly unnamed) institutional investors across the U.S., Europe and Asia. These investors include new anchor LP Trusted Insight, as well as a number of well-known European entrepreneurs, including Alex Chesterman (co-founder of Zoopla), Taavet Hinrikus (co-founder of TransferWise) and EF alumnus Rob Bishop (who co-founded Magic Pony Technology, bought by Twitter for a reported $150 million in 2016).

This new fund is one of the largest pre-seed funds ever raised according to EF and will enable the talent investor to back more than 2,200 individuals. These individuals will join its various programs over the next three years. EF currently operates in Bangalore, Berlin, Hong Kong, London, Singapore and Paris.