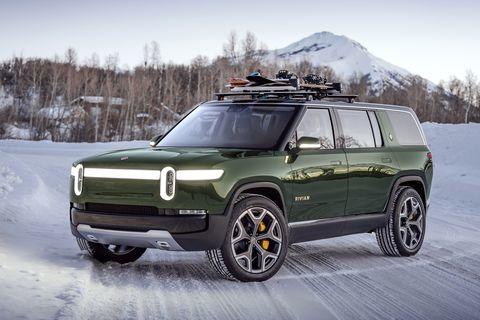 Electric vehicle maker, Rivian has raised $12 billion (£8.8 billion) from investors as it is set to start trading in New York on Wednesday.

This money has been caused by Rivian’s inital public offering (IPO) at $78 a share, this is well above the targeted share price of $72 – 74 and is reflective of the hype around this IPO.

Rivian is one of the year’s most highly anticipated IPO because it is potentially a true challenger to Tesla, as electric cars become more popular and necessary, Rivian has created an electric truck.

The $78 share price makes it one of the top 10 IPOs of all time in the United States. Rivian has offered 153 million shares of common stock and has also given underwriters an option to buy an additional 22.95 million shares.

If the underwriters exercise their option to buy additional shares, Rivian could be braising a total of $13.8 billion which will help as the company has made losses of over $2 billion over the last couple of years.

This puts Rivian’s valuation at more than $77 billion.

Rivian’s electric pick-up truck started delivering to customers in September and Rivian is already preparing to roll out an electric SUV in December and a delivery van in 2023. It has beaten Ford and General Motors to the electric truck market, cars which are extremely popular with Americans.

Tesla transformed the market for electric vehicles but Rivian is becoming a competitor in the market, especially as it has the backing of Amazon.

Amazon already holds more than a 20% stake in Rivian and has drawn other significant investor interest. Amazon has also said that they will buy 100,000 electric delivery vans from Rivian when they are rolled out in 2023.

Amazon, funds and accounts have indicated an interest in buying up to $5 billion of shares of Class A common stock.

The company’s founder and chief executive RJ Scaringe has said that “Rivian exists to create products and services that help our planet transition to carbon neutral energy and transportation,”

“This is what inspired me to start Rivian, and it’s what drives every decision we make as an organisation.”

Rivian has invested heavily in production of the R1T which is designed as an aspirational, outdoor adventure style vehicle. It comes with the option of a three person tent roof attachment and a slide-out kitchen unit for cooking in the wild.