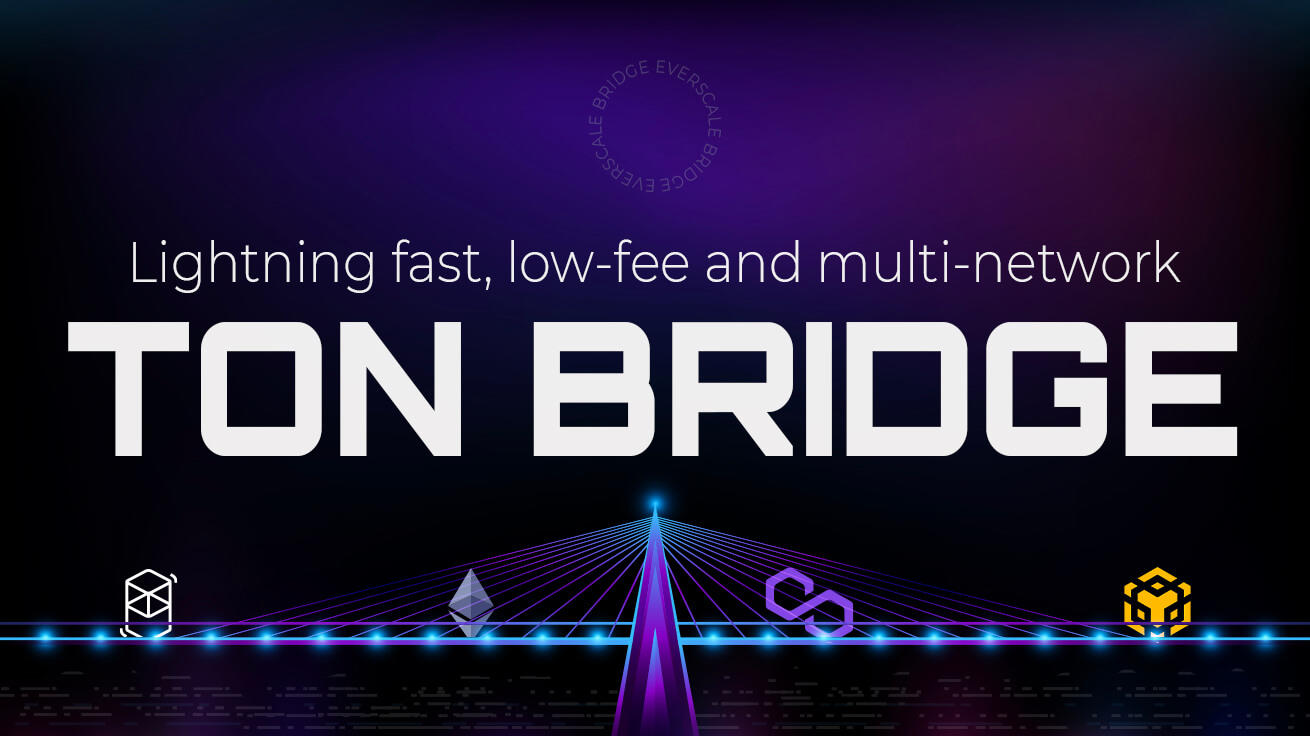 Blockchain developers Broxus have announced the launch of their Bridge DAO on the heels of their network rebranding from FreeTON to Everscale. The DAO will initiate a second phase for the Bridge as a truly decentralised and autonomous financial hub.

At the heart of DeFi lies the DAO (Decentralised Autonomous Organisation). DAOs represent the transmutation of the traditional financial organisation into a more egalitarian form, where authority is shared among peers.

Thanks to the structure of DAOs, smart contracts are used to authorise transactions rather than special groups of people. Generally speaking, in a DAO all that is necessary for one’s voice to be heard is the possession of a certain amount of tokens tied to the platform.

These tokens allow their holders to influence the decisions that are made by the organisation and present proposals for changes.  The DAO can be thought of as the final goal for most DeFi organisations. Ideally, a DeFi platform should be something that everyone with the inclination and means can participate in.

The Bridge is a multi-network, second-layer solution that links the Everscale blockchain with that of Ethereum, Polygon, Fantom, Binance Smart Chain and more to come. The unique value of the Bridge lies in its ability to offer users the opportunity to move assets and events bi-directionally between Everscale and Ethereum-based networks at low cost and a high speed. This is significant because high gas fees, poor scalability and slow transaction times make it very difficult for regular users to make Ethereum transactions.

Now the management of that institution will be opened up as its governance structure is replaced by a DAO. The transition from the first iteration of the Bridge to the DAO will bring with it significant changes.

Prior to being run by a DAO, when changes were made to smart contracts, an administrative key had to be used for authorisation. Now, thanks to the structure of the DAO, changes can only be authorised collectively by members of the organisation.

The activation of the DAO also means that participating members of the Bridge economy will now be able to vote on decisions that affect the community. The voting protocol is a real smart contract that is authorised to make changes to other smart contracts.

For example, if a user wants there to be support for new tokens on the platform, they can write a proposal, which is a special smart contract. If the community votes in favour of approving that proposal then the smart contract will be deployed and changes will be made to the configuration contracts that add support for particular tokens.

The Bridge DAO is able to operate thanks to BRIDGE tokens. BRIDGE tokens act in the role of governance tokens. There has been a total of 14 million BRIDGE tokens issued with no plans for further issuances.

BRIDGE tokens provide the means for the Everscale Bridge to function by generating necessary liquidity and opening up its governing structure to users. Any user who wants to participate in Bridge governance just has to hold a certain number of BRIDGE tokens.

While there is a minimum amount of tokens necessary for participation, there are expanded governance roles in the ecosystem that are available to those who have more tokens. If you acquire 2% of the total amount of BRIDGE tokens, you can enter governing proposals of your own for the community to vote upon.

Currently, BRIDGE tokens are exclusively available on the Broxus DEX. There was a great deal of demand that built up prior to the token’s release due to its integral significance in the Everscale economy, which caused the token to rise 5x in value.

Unveiling of Bridge Comes at a Watershed Moment for Everscale

The full unveiling of the Bridge is happening at a momentous time for the network. Earlier this month, the FreeTON DeFi Alliance announced that it would be rebranding from FreeTON to Everscale.

The reasoning behind the change lies in the strides that the network has made technologically since beginning as a continuation of the now-abandoned TON Telegram project. The Everscale network is a completely different animal now compared to when it started. In terms of technical specifics, the network has switched from the old nodes written in C++ to newer, more stable and efficient Rust nodes. The new nodes and other innovations have changed the manner in which the protocol operates, necessitating a new image for the network.

According to Broxus founder Sergey Shashev, “The rebranding was planned 2-3 months ago. It is happening because we have gone way beyond the limitations of the original TON technology. Plus, there are a lot of “TON” tokens around and people are confused. We are more than just a token, and in terms of ecosystem offerings, what we have is on scale with Near, Solana and Polkadot. Despite the rebranding, however, our roadmap is still the same. The main difference is the network’s transition to Rust nodes.”

What the Bridge DAO offer is a sorely needed solution in the fractured world of DeFi. This can be clearly understood if we look at what it can do for a platform operating on Ethereum with its own liquidity pools and farming protocols.  The Bridge DAO enables that platform to transfer all of its liquidity over to Everscale, where transactions will be 1000 times cheaper than any made on Ethereum. At the same time, end-users will still be able to just use the Ethereum interface.

This is exactly the kind of connecting platform that, by benefitting the individual user as well as larger platforms, the industry sorely needs.

By participating in the Bridge economy, users not only open numerous avenues of potential profit for themselves, they also gain a voice in the DAO governance model and can help enact the changes they deem necessary for the platform and industry to grow.