Everything You Need to Know About Clubhouse: The $100m Invite-Only Social Media App

If you’ve been on Twitter recently you’ve probably heard people talking about Clubhouse.

But what is it? And why has it been making headlines since its launch in Silicon Valley back in 2016?

If you’re feeling out of the loop not knowing what people are talking about, then this is your guide to the invite-only audio social media app that even Oprah is a part of:

What exactly is the Clubhouse app?

Clubhouse is a new social media app that allows users to have “casual, drop-in audio conversations” with other people. Unlike other social media platforms, Clubhouse’s interactions are entirely audio-based, allowing you to converse with friends, celebrities, or random strangers.

And if you just want to sit back and listen, that’s ok too. Involvement can span from listening in to panel chats to being the one hosting and leading them.

The company describes itself as: “A new type of social product based on voice [that] allows people everywhere to talk, tell stories, develop ideas, deepen friendships, and meet interesting new people around the world.”

And the best part? Nothing is recorded, so people can talk honestly and openly without worrying about conversations being dug out at a later date.

What can you listen to on Clubhouse?

Pretty much anything and everything: from discussions about the origins of music genres to political debates and everything in between. Panel leaders can choose to lock rooms or make them public, allowing people to pop in and out as they please.

Who is behind the app?

Paul Davison and Rohan Seth made the app, which was launched in May last year and already has 600k users, with plenty more lining up to have access. The app has been growing in popularity over recent months, with its valuation speculated to now be higher than the $100million it was reported to be worth when it first launched.

Which celebs are using the app?

Clubhouse is currently invite-only, making it a hot ticket for a host of celebs. The likes of Oprah Winfrey, Kevin Hart, Jared Leto and Drake are just some of the names frequenting the app’s chat rooms. 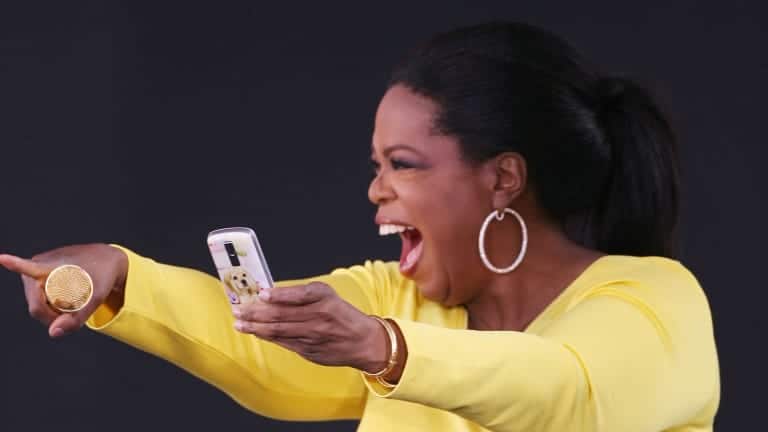 Has it faced any backlash since it launched?

Due to the conversational nature of the app, it has (unsurprisingly) already received some backlash – mainly for failing to moderate rooms spouting hate-speech.

In October last year however, it issued a statement “condemning anti-Blackness, anti-Semitism, hate speech and abuse”. The app also updated a list of guidelines that mean moderators can block, report and mute rooms.

How do I get on Clubhouse?

Currently, Clubhouse is invite-only as it’s still in its beta phase, so unless you’re mates with someone on the inside, your chances are slim.

And if you’re an android user they’re even slimmer, as the app is currently only running on iPhones.

However, the company have said they intend to roll the app out for everyone once they’re ready to release it to the public, so watch this space!