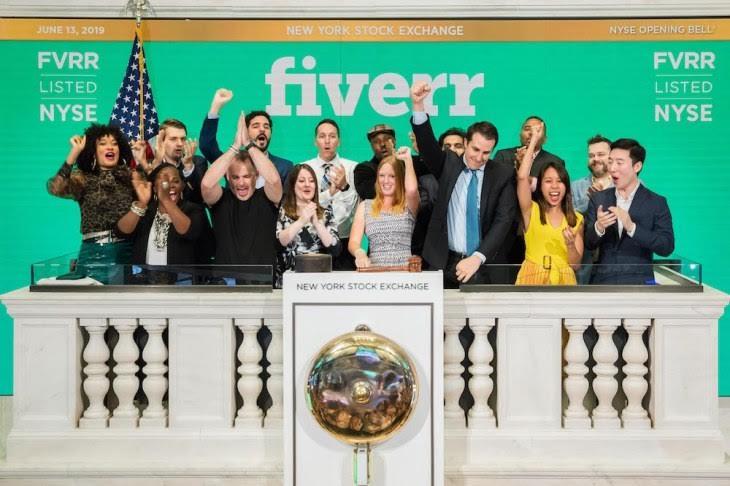 Fiverr International Ltd., (NYSE: FVRR), the company that is changing how the world works together, is celebrating International Women’s Day by opening a new store featuring some of the platform’s top female talent. Fiverr exists to create opportunities for anyone in the world to build their business, brand, or dreams, no matter their gender, race, religion, or sexual orientation. This new store features over 100 talented and successful women that sell services on Fiverr in fields such as web design and development, video, graphic design and more.

It has been reported that most of us won’t live to see gender equality achieved worldwide; a new  study predicts this milestone is almost 100 years away. Furthermore, when looking at jobs and pay specifically, only 55% of adult women are in the labor force, as compared to about 78% of adult men. And globally, women’s wages are about 58% of men’s wages for similar work. However, based on platform-specific statistics, this is not the case on Fiverr.

“All over the world women are creating, designing, and innovating to fulfill their potential and achieve their goals, while at the same time, challenging current stereotypes and the status quo,” said Gali Arnon, Fiverr’s Chief Marketing Officer. “ Women deserve the same opportunities as men and to be paid equally for them. We’re incredibly proud of the fact that Fiverr offers women the opportunity to be paid equally to men. We created this  store for International Women’s Month to celebrate some of these talented women and all of their hard work, especially those in fields such as engineering and development where women are traditionally underrepresented.”

On platforms and marketplaces, more often than not, people are evaluated on their experience, their portfolio, reviews from past clients, and ultimately the quality of their work. To that end, Fiverr is releasing platform-specific gender pay gap information based on a significant sample of data, showing that women on its platform are out-earning men in more ways than one. Specific statistics include:

“As an LGBTQ minority female with an MBA in Project Management, I was often overlooked for promotions and upper management roles and, at times, I felt the need to dumb myself down in order to be heard, ” said Jennifer Shealey, a social media marketing consultant on Fiverr. “Fiverr has provided me with a sense of confidence and opportunity that I never thought I’d obtain. None of my clients judge me for who I am as a person, they’re simply looking at the successful work that I’ve produced. I’m able to charge what I want for the completion of projects, work from wherever I want, and best of all, it has given me a sense of financial and emotional security that I’ve never felt before.”

UK watchdog warns that behavioural advertising is out of control