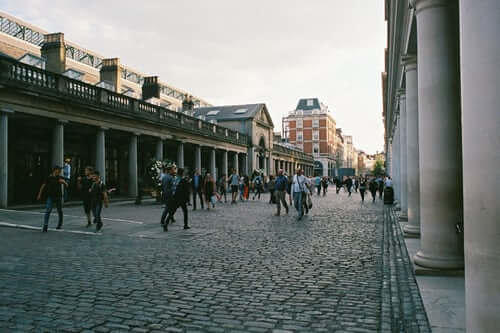 Technology is transforming the world of retail from the way you pay to the price you pay. The latest step in this retail revolution has been marked by the launch of a ground-breaking new shopping app, Wholee Prime, which offers consumers a radical new zero-mark up policy where members pay exclusively for the actual cost to make the product. But, for this retail price revolution to succeed there must be greater awareness of price transparency among consumers and we have started witnessing the beginning of this trend, says, Wholee Prime.

Last year the UK retail industry employed 2.9 million people, recorded £394 billion worth of sales, and accounted for one-third of all consumer spending. Despite its size and scale, however, the challenges confronting large areas of the retail sector are significant. Even before the global pandemic, the shifts in the industry’s tectonic plates were sizeable.

While increased automation across the industry is well documented, less talked about is the transformation in pricing. Typically, the price a consumer pays for a product accounts for not just the raw materials, intellectual property, and manufacturing costs that go into transforming raw materials into a finished useable consumer product. Instead, they account for a whole host of additional costs, such as marketing and distribution that often end up amounting to significantly more than the original price to manufacture the good itself.

Before the advent of the internet these costs were justified. Typically, manufacturers themselves didn’t have the skillset or expertise in house to market and distribute their products to consumers across different markets, so it became more efficient and cost effective to have industries emerge specialising in each aspect of the process across different geographies.

Now, however, a new innovator, Wholee Prime, is continuing the retail and online shopping revolution. The company is pioneering a new unique consumer retail app by the same name that enables consumers to choose from millions of goods at zero-mark-up prices from over 100,000 manufacturers right across the globe. The developers have identified, rightly, that the internet enables many of the barriers that have traditionally prevented manufacturers to sell their products to consumers to be torn down.

The advent of the internet and e-commerce has led to a radical shift. Competition has increased while the costs of marketing have plummeted. Overnight, the internet has driven greater competition by enabling retailers to market their products to a much larger group of consumers.

Technological innovation has also allowed e-commerce giants, such as Amazon to establish large automated distribution warehouses, which has through reduced labour costs and economies has reduced costs further.

At Wholee, transparency is the company’s guiding principle. The organisation’s ethos subscribes to the belief that transparency in pricing is essential and that consumers have the right to know about the actual cost of a product and the pricing strategies behind it.

They are committed to empower and make consumers more aware of what determines the final selling price of a product and why it should not be a matter of concern when consumers are buying from its platform. They strongly believe in offering a simple and transparent pricing mechanism that gives consumers the freedom to enjoy shopping as they are aware about paying only for the actual cost of the product without any mark-ups. They further emphasize that the consumer has the right to know the price so that their shopping experience becomes more convenient.

What’s more, the evidence suggests that there’s growing appetite for the model among consumers. A recent survey by professional services firm Ernst & Young has found evidence that Coronavirus has led to structural shifts in consumer buying habits. It shows that prior to the pandemic, factors such as whether a product was organic or sustainable, was defined as a luxury item, or could be personalised were important for many consumers. These have now given way to product availability (59 per cent), price (43 per cent) and health or wellness (41 per cent). The report’s authors anticipate that this is a symptom of a longer-term trend that will see affordability ranked consistently in the consumers’ expected top three purchase criteria in five years’ time.

The UK charity network, Citizen’s Advice, also recently filed a ‘super-complaint’ to UK regulators regarding what they regard as endemic price discrimination on behalf of retailers aimed at consumers.

The idea is that as price becomes a greater priority for consumers that so too will their desire for transparency in pricing.