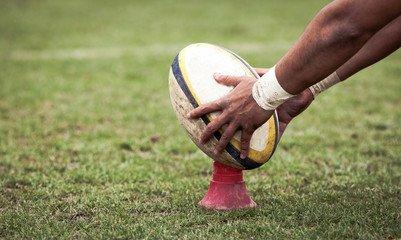 Ebury, the global non-bank leader in cross border finance for SMEs, has been unveiled as the major partner for the Melbourne Rebels rugby union team in the first ever Super Rugby Pacific competition.

The Ebury-sponsored Melbourne Rebels will be one of 12 professional teams from Australia, New Zealand, and the Pacific who will participate in a single pool, 14-game regular season from mid February to mid-June.

Ebury, which has offices across Europe, Asia Pacific, the Middle East, North America, and Canada has signed an agreement to be the major partner of the Rebels’ team for the next three years, as well as also coming on board as a partner with the club’s SuperW team. The partnership will see the Ebury brand as the major logo on the front of the men’s jersey, and also feature on the shoulders of the women’s jersey.

Ebury Asia Pacific Managing Director Rick Roache said he and his staff were proud that Ebury was able to come on board as the major partner for the Melbourne Rebels starting with what would be an action-packed tournament. “We are excited to see the Ebury brand front and centre of the Rebels’ jersey as they take part in the new Super Rugby Pacific competition. Like us, they are an ambitious and entrepreneurial organisation that has big goals to compete on a global scale. We are very proud to be supporting an organisation with such a strong sense of its core values that align to Ebury’s – in particular its focus on diversity.”

“Melbourne is a true key international city, which is vital to Ebury’s purpose of enabling businesses trading internationally to do that seamlessly. The exposure the partnership will give our brand here in Australia and New Zealand primarily, as well as globally, will be fantastic in helping make more people aware of our exceptional organisation,” he said.

Ebury has foreign exchange and trade finance capabilities in more than 130 currencies and offices in 20 countries linked by a single best-in-class platform. Rebels Chairman Paul Doherty said the team was honoured to have such an esteemed international organisation come on board as the Rebels’ major partner. “This is one of the biggest commercial deals that the Rebels have ever done – and shows a great level of support and backing for where our club is going. It is a true partnership that focuses on supporting each other’s organisations through both our networks.

“Like us, Ebury are young and hungry, and like us they have a real desire to do things differently, and as a result they have created a hugely successful business. As an international brand focusing on foreign exchange solutions, Ebury are coming on to back the Rebels at the perfect time, as we launch into the first ever Super Rugby Pacific competition which is the world’s best provincial rugby competition and is watched all over the globe.

“In Melbourne, we have huge international aspirations not just for the Rebels, but for rugby in this city and this state, starting with our aim to play a major part in the Rugby World Cup in 2027 when it is hopefully confirmed later this year. Ebury’s support shows the ability for rugby to attract global brands who see the benefits of a truly global game,” Doherty added.

Is There A Science To Winning A BRIT Award?