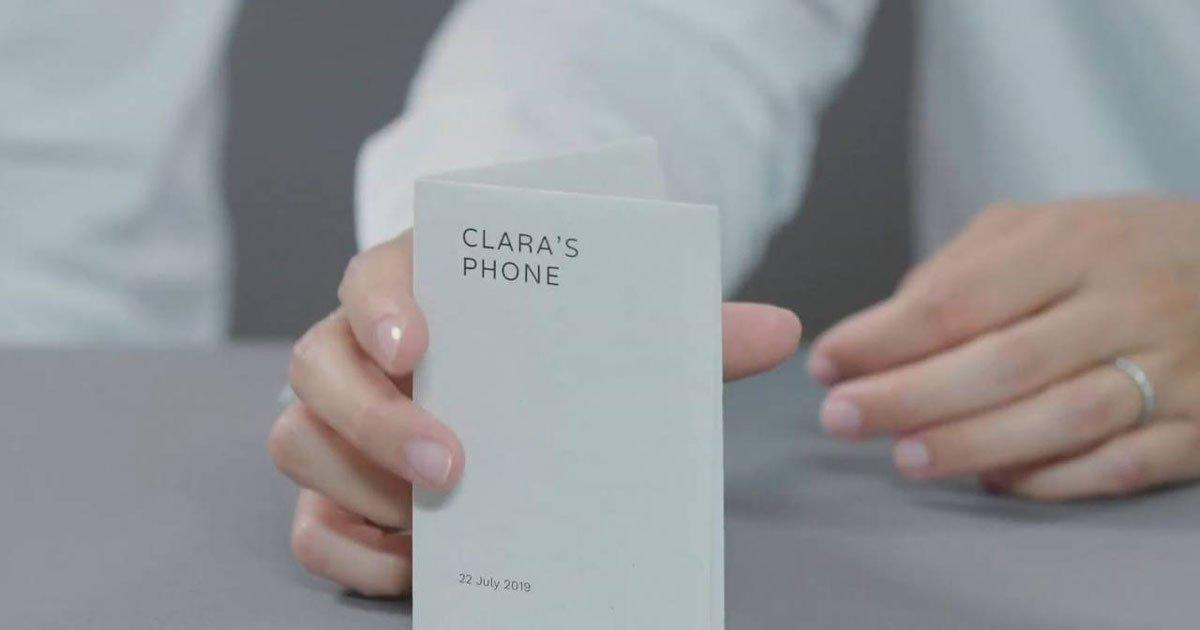 As part of ‘Experiments with Google’, the tech superpower has released a ‘phone’ to help us disconnect. The tech giant’s latest experiment is aimed at promoting “digital wellness” by offering a simple solution to smartphone addiction.

Dubbed the ‘paper phone’, Google’s experiment is exactly what it sounds like. The paper phone allows users to give up their phone for a day, compiling any information needed – such as contact details, map directions and meetings – into a printable, phone-sized booklet.

“Many of us are guilty of becoming consumed by social media and whilst there are many benefits to using the various platforms which are available, it’s important to take some time out,” said Chris Elmore, chair of the all-party parliamentary group on social media and young people’s mental health and wellbeing.

“Whether it’s scrolling before bed stopping you sleeping, following aspirational and unattainable accounts denting your self-esteem, or the ever-presence of phones getting in the way of your face-to-face interactions with friends and family.”

Google said about its Paper Phone: “We hope this little experiment can help you try a digital detox from technology and help you focus on the things that matter the most.”

Apple has also attempted to address the growing issue of digital addictions. Apple’s latest iOS 12 update includes a feature called Screen Time, allowing users to set limitations on how much they use their iPhone or iPad.

Several studies have highlighted the negative impact of social media and excessive smartphone use on people’s mental health.

Highlighting the issue and attempting to solve it, the Royal Society for Public Health (RSPH) has launched Scroll Free September. The campaign is an attempt to get people to take back control of the technology in their lives, cutting back on social media.