Kate Bush Is Back: 1985’s “Running Up The Hill” is Racing Up The Charts 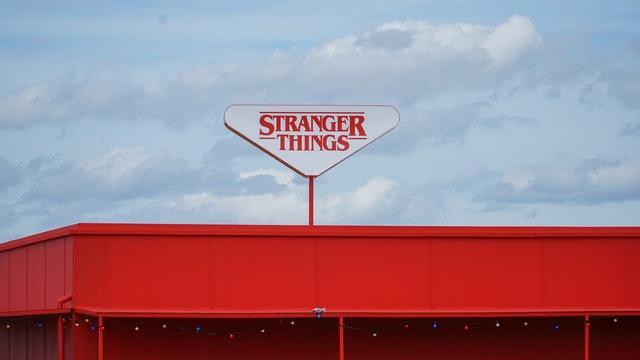 For Kate Bush, we imagine the Strangest Thing to come out of Stranger Things’ fourth season was to wake up the morning after its release and see her August 1985 ballad, Running Up That Hill (A Deal With God), sprinting up the music charts.

Stranger Things’ newest season, which has accumulated almost 800 million hours of viewership since its premiere on May 27th, featured Bush’s 80s hit which, in its heyday, peaked at number three.

Since featuring during an emotionally charged and meticulously executed scene, where Max (Sadie Sink) is held emotionally captive by the supernatural monster Vecna, Bush’s masterpiece has been revived. When Max escaped the tight grips of Vecna thanks to the power of music as embodied by Running, she pants, relieved she’s survived, exclaiming ‘I’m still here.’

The ‘I’m still here’ sentiment is one that Bush is now enjoying, acknowledging that ‘it’s all so exciting!’, ‘the track is being discovered by a whole new audience’ due to being picked up by the award-winning show.  The 63 year old who hasn’t released a studio album in eleven years perhaps made A Deal of her own With God, praying for revived success 37 years post-release.

If so, Bush is an exceptionally talented forward planner, who is topping charts worldwide as a result. She is even expected to overtake heartthrob Harry Styles in the UK charts, which would end his 10-week stint at Number 1 with As It Was.

Perhaps Bush was simply confident upon Stranger Things’ inception in 2016. Perhaps Bush predicted that the show’s producers would opt for her music to contribute to their 1980s energy, explaining why she’s been so quiet over the past few years. Maybe she wasn’t, maybe she just got lucky.

What is certain, though, is that groups of teens and twenty-somethings are about to adorn more graphic tees and baggy jumpers than they already have, while those in their forties revert back to their child-and-teenhood music taste, feeling a sense of nostalgia that they can only thank Stranger Things and Bush for.

At the same time, reams of has-been 80s stars will see Bush’s success and want it for themselves. Duran Duran was slightly ahead of the curve and is currently on tour. Now, it’s time for Joni Mitchell and Carole King songs to be picked up by Stranger-Things-Wannabes, and for Billy Idol to plan a 2022-friendly comeback, all while Kate Bush revels in her renewed royalty and royalties. Welcome to the 80s.

Are People Betting More During COVID-19?