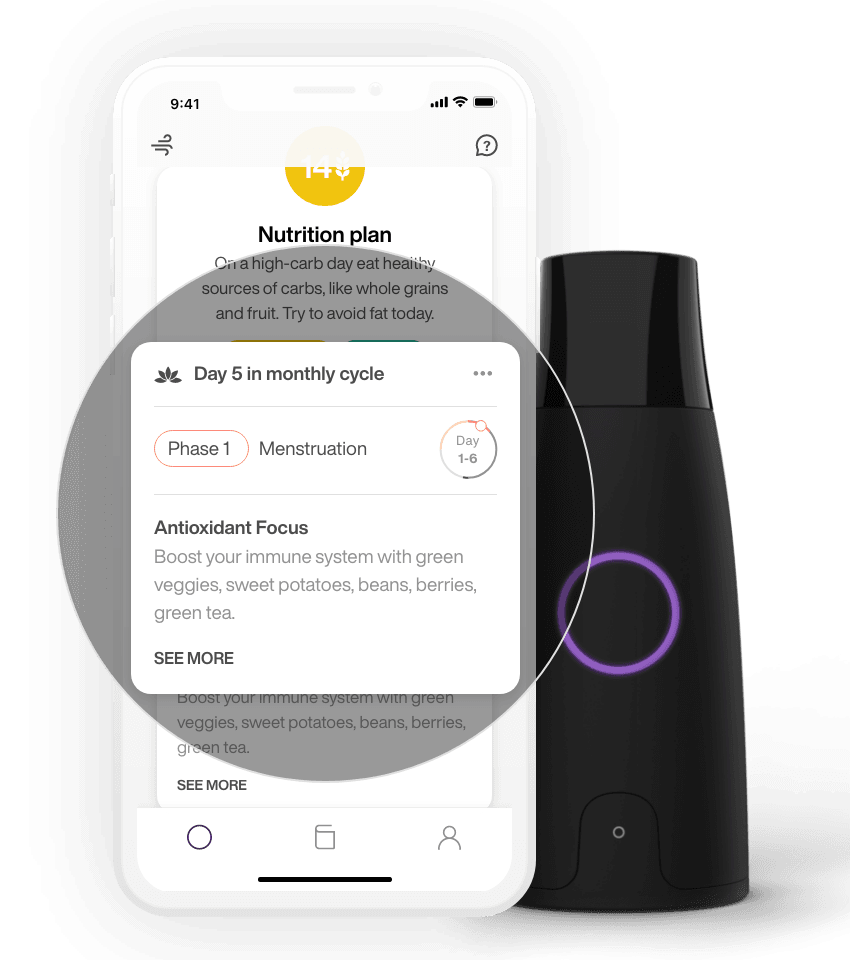 For the first time, women can understand the impact of their cycle on their metabolism through a feature that provides real-time nutritional insights, enabling users to fuel their body optimally during their monthly cycle.

Lumen, a health tech company on the forefront of tracking metabolism and the creators of the world’s first hand-held metabolic tracking device, has released a groundbreaking feature for women to adapt their nutrition to the various phases of their cycle.

The feature is poised to change the way women track their month-long journey and make the right nutritional decisions around their cycle based on their metabolism in order to; restore iron levels, curb feelings of fatigue, manage cravings, regulate blood sugar, improve sleep and keep energy levels elevated throughout the month.

Lumen is an app and a device that helps measure and track your metabolism based on the CO2 concentration in a single breath. Lumen users understand if they’re burning fats or carbs, and receive daily personalised nutrition plans in accordance to their health Lumen Launch Cycle Tracking 2 and wellbeing goals.

The goal is to achieve metabolic flexibility, or your body’s ability to switch between fat and carb burn efficiently. Women can now keep their metabolism on track during all five phases of their cycle from the start of their menstrual phase until the end of their premenstrual phase.


The cycle tracking feature adapts provides nutritional insights according to your current cycle phase. Data collected from a sample size of 1500 beta testers of the cycle tracking integration revealed that 70% of female Lumen customers weren’t previously aware of their cycle’s effect on their metabolism. After using the feature consistently, 83% of users stated that the monthly cycle feature helped them to understand the impact of their cycle on their metabolism.

By following the nutritional advice and insights:

Lumen cycle tracking leverages every cycle phase to make your metabolism work for you:

Know how to eat in order to restore iron levels and curb feelings of fatigue during the initial phases of your cycle. Regulate your blood sugar by getting the right food recommendations to limit sudden energy dips.

Who’s behind the Lumen and cycle tracking? Michal and Merav Mor, twin sisters with PhDs in Physiology, co-founded Lumen and act as Head of Science for Product and Head of Research and Science respectively.

The sisters conceived of the idea for a personal metabolic tracker as they trained for an Ironman race. Determined to improve their fitness and race times, the scientists sought Lumen Launch Cycle Tracking 3 out a way to track and test their metabolism to achieve peak fitness.

Eight years in the making, they have released the Lumen and have incorporated essential features tailored to women and their cycle tracking needs.

Michal Mor, co-founder and Head of Science for Product, Lumen, commented “Women started approaching us more and more about cycle tracking. Through research, we saw they experienced higher Lumen levels or more carb burn in the morning although they were eating right. By going into the data and the literature, we discovered the impact of women’s cycle on their metabolism”.