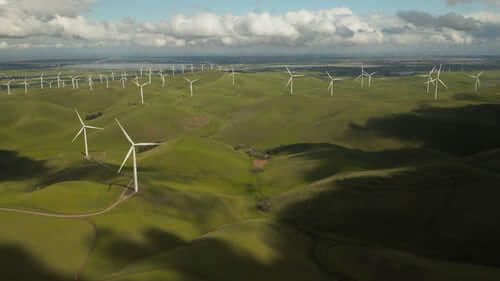 Sustainable transport company, Magway, has secured £1.9 million in the government’s ‘Driving the Electric Revolution Challenge,’ a project funded by UK Research and Innovation that seeks to make the UK a global leader in the manufacture of core technologies which underpin electrification: Power Electronics, Electric Machines and Drives (PEMD).

Magway’s revolutionary underground e-commerce and freight delivery system is one of 14 winning projects that aim to boost supply chain efficiencies in industries affected by electrification: from aerospace to automotive, to energy and rail. Business Secretary and COP26 President Alok Sharma recently announced a £36.7 million investment to design, test and manufacture electric machines in some of the UK’s most polluting industries.

Of this, £30 million will be used to create four new, cutting-edge centres of excellence – based in Newport, Nottingham, Strathclyde and Sunderland, which will bring together climate change pioneers to research and develop green electric machines including planes, ships and cars.

Magway is one of 38 major businesses from around the UK, including GKN, Jaguar Land Rover and Rolls-Royce, that will share the remaining £6.7 million among 14 individual projects that will encourage industries including rail, marine, aerospace and energy to switch away from fossil fuel technologies. The project aims to accelerate the UK’s ability to deliver next generation electric vehicles, hybrid aircraft, energy generation, smart grids, industrial drives, consumer products, low-carbon off-highway for construction and agriculture, low-carbon maritime and rail.

Phill Davies, Co-Founder and Commercial Director of Magway said: “As the first major economy in the world to legally commit to zero emissions by 2050, the UK Government is taking positive steps towards reducing global warming by providing financial assistance to businesses like ours that are committed to developing technologies that will assist in helping to improve the environment.

“Magway has developed what we believe to be the most game-changing goods and parcel transport system in the world. The revolutionary e-commerce and freight delivery technology is one of many ways innovative businesses can help the UK reach net zero by creating a more sustainable way to transport goods. In doing so, we help reduce the rising levels of air pollution which we know are responsible for causing serious illness, such as respiratory diseases that can lead to premature deaths in the UK.”

“If there is any positive news emerging from the Covid-19 pandemic, it has to be the beneficial impact it has had on the environment. It has provided an alternative future vision of what is possible and how cities without vehicles and congestion might look and operate.  It would be a great waste to lose these gains.”

Business Secretary and COP26 President Alok Sharma said: “The electric revolution is an opportunity for our transport sectors to reduce the dependence on fossil fuels. The UK is leading the way in developing cleaner technologies to help us reach our target of zero emissions by 2050 and these new centres will play an important part in that.”

In February, Magway raised more than £1,500,000 via the crowdfunding site, Crowdcube, doubling its original target of £750,000. This figure is set to be boosted by additional grant funding from Innovate UK, the Government’s technology innovation agency. With international patents and finalists in Heathrow’s Innovation Award, Magway is also recognised as a Top 100 Global Start-up.