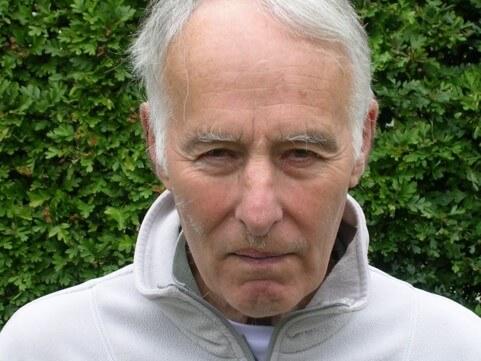 A mathematician has released a ground-breaking new book which he hopes will help people suffering mental health problems.  Keith Robins has spent years researching the issue after inheriting a hypersensitive and hyperactive mind  from mother and father.  Now the 75-year-old from Wallasey, near Liverpool has published the Power Of Objective Thinking which contains a ten-point step-by-step guide to help sufferers.

Speaking exclusively to TechRound he said: “This book is the fruits of a life’s work  – and I hope the thinking behind it can help others in the way it’s helped me.”

Keith attended Bradford University where he gained a degree in Mathematics. He says he chose maths because it meant he didn’t need to read or write essays, which has always proved difficult.” After university, Keith worked for 26 as a civil servant employed as an auditor for several Councils, among them Wirral MBC, Knowles MBC, Cheshire County Council and Liverpool City.

He said: “I was employed as an auditor for 26 years and I noticed I had difficulty with keeping deadlines. It became such an problem that I eventually saw a psychiatrist who examined me and found my thinking strategy was different than normal and suggested I publicise it.” The main principle of Keith’s theory is to not seek reality. Instead, he encourages people to recognise that life is a series of decisions and where possible, the consequences should be considered. He says, by following his way of thinking the result is an uncluttered brain.

He said: “This theory help the average person by using mathematical models to capture all knowledge for an experience or system. People can then apply, classify and expand it to increase their knowledge base. Thinking mathematically allows me to live the best life I can,” he added “Maths and objective thinking provided a solid foundation for me, a territory in which I have always felt safe and at home. Mathematical models are not based on number crunching or complicated equations and my aim is to explain how they can be used in a way that doesn’t put people off.  A key feature of my philosophy is that I imagined that I was a child and accepted what I received through my senses without interpretation.”

Through creating his own framework, Keith was even able to self-diagnose his mother with hypersensitivity and his father with a hyperactive mind. Keith now wants to help people in younger generations who also have mental health problems.

He said: “It would be a real turning point if I can help people by teaching them to use objective thinking to deal with the stresses and strains of life. It simply does not make sense that something wonderful like our brain should operate subjectively versus objectively.”

“Being hypersensitive, I do not like mistakes. I am simply afraid of making mistakes. I realised early on that the information on which reality is based can be either true or false. Therefore I refrained from living in the realm of perceptions. The narrative of my life is that I do not create perceptions because of my hyper- active mind. I can only live for the moment and I use set thinking instead of creating perceptions. I do not create perceptions because of my hyperactive mind. My objective thinking strategy helps me to live the best life that I can live.”

To find out more you can contact Keith at:

His book is available at: