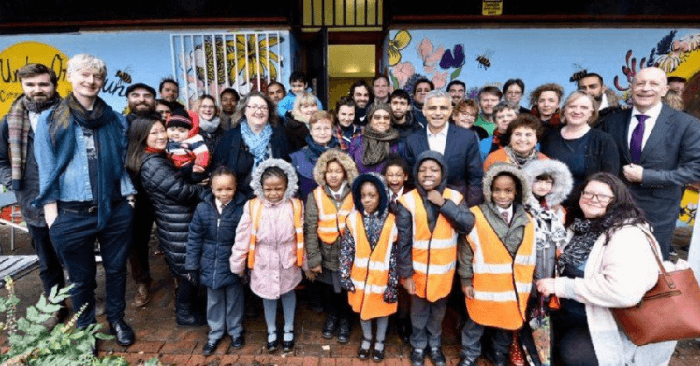 The Major of London has pledged £600k to support local projects in London. Some of the community projects backed by Sadiq Khan’s crowdfunding programme include; creating public access to 26 miles of riverside in Newham and building a local events space in Lambeth.

On July 9th projects which successfully bid for Mayoral support through Crowdfund London gathered at City Hall. The event was a chance to recognise their success and connect with potential backers.

23 local projects have received Mayoral pledges, worth as much as £612,500. If all the projects hit their funding targets the total, including the Mayor’s contributions, could be more than £2.2 million. The £2.2 million would make the round the highest of any funding round so far.

Crowdfund London was launched in 2014, and to date has backed over 100 successful projects across the London. Past projects include transforming disused garages into a neighbourhood hub in Elephant and Castle, and a community centre and café in Tottenham.

The crowdfunding model means that each project must hit their target for funding if it is to receive the mayor’s funding. To this end, the Mayor has urged Londoners to back something in their local area and help bring it to fruition.

The Mayor’s programme is delivered in partnership with online civic crowdfunding platform Spacehive and is funded by the London Economic Action Partnership (LEAP), the local enterprise partnership for London.

Sadiq Khan, the Mayor of London said: “Each year Crowdfund London goes from strength to strength. I’m proud to back these 23 fantastic projects which have the potential to make a really positive impact on communities across our city.

“Through my crowdfunding programme, Londoners can get behind them too and I urge people to make a pledge to help turn these brilliant ideas into reality.”