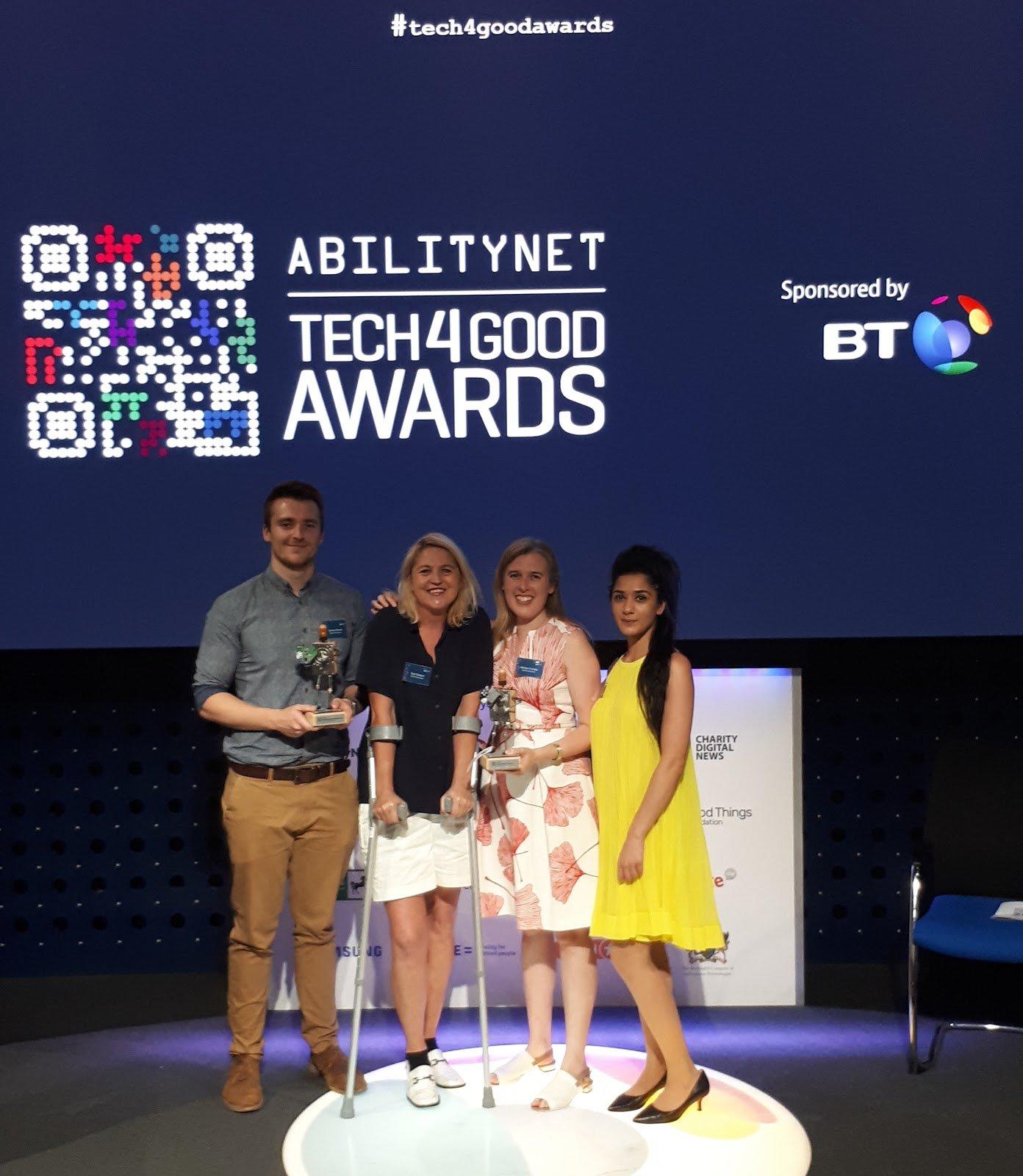 Yesterday, London’s BT Centre hosted the 2019 AbilityNet ‘Tech4Good’ Awards. The awards are recognised as the most important endorsement of products and services that address societal and environmental challenges. it’s basically the Oscars of Tech4Good.

MeeTwo, our multi award- winning mental help app for young people was nominated for both the Connected Society Award and The People’s Choice Award. The People’s Choice Award was decided on the outcome of a four week long crowdfunder. We had no way of influencing the Connected Society Award but winning the people’s choice award involved deciding on a specific goal, setting up a crowdfunder website, tweeting the hell out of it, and hopefully, raising a load of money. As if.

Rather than just raising money, we wanted to use the campaign to do something really meaningful so our MeeTwo crowdfunder focussed on boys who self-harm. Our app already supports more than 4,000 boys so we know how hard it is for them to ask for help. Although most people think self-harm primarily affects teenage girls, research now shows that 1 in 4 boys aged 16 – 25 and those that do are 17 times more likely to die by suicide. Suicide is now the leading cause of death for young people, and boys account for 75% of youth suicide.

We knew what we were doing was important so how hard could it be to get the people to support us. We learned the hard way that making a crowdfunding campaign work requires much more than a worthy cause. Two weeks into the campaign we wrote this blog about where we screwed up, and what we got right, often by accident.

The most important thing we learnt from the whole experience was that young boys want, need and are actively willing to participate in a self-harm and suicide prevention project that is specifically aimed at them. For us, that was the biggest win of all, but coming away with the first prize in the ‘Connected Society’ and the “People’s Choice Award” came a pretty close second.