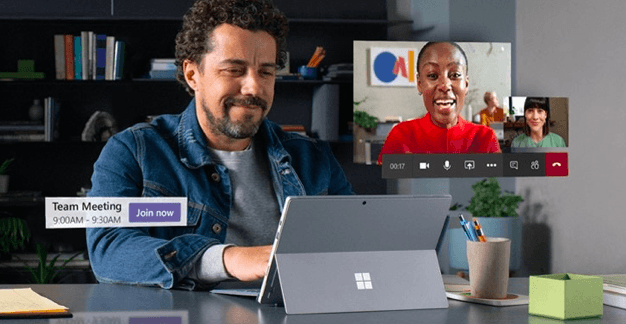 Only days after Facebook’s rebrand announcement and plans for their immersive digital world, Microsoft have now entered the metaverse race – announcing their introduction of Mesh into Microsoft Teams.

Mesh is a collaborative platform built for virtual experiences, mixing the company’s HoloLens and mixed reality work into video calls and meetings. Mesh will be brought into Microsoft Teams next year, enabling people to participate in meetings and video calls with animated avatars.

This push for a more immersive and personable experience with online communication comes after months of people working from home due to the COVID-19 pandemic, and a new emerging era of hybrid work that has resulted from this.

General Manager for Microsoft Teams Nicole Herskowitz comments (during an interview with The Verge) “We got hit by meeting fatigue in the virtual world,”

“After 30 or 40 minutes max in a meeting, it was very hard to stay engaged and focused.”

The company hopes that Microsoft Mesh will help to further reduce the fatigue and cognitive overload that can happen when on video calls for a lot of the day.

Microsoft Teams will be taking a significant step towards a metaverse environment with new avatars, which will be able to represent users in both a 2D and 3D settings. These avatars are ideal for those who aren’t wanting to turn their webcam on, having their avatar represent them instead.

Kelly continues: “The goal is that by the first half of next year, you’ll be able to go into an immersive space and then be able to collaborate and use Microsoft’s tools,”

What the future has in store for this upcoming digital realm is yet to be discovered, however, with Microsoft and Meta both already invested in creating digital avatars to represent users in virtual spaces, these two tech giants are clear competitors in the race to the metaverse.

Does Thinking Style Dictate How We Use Social Media and Engage with Fake News?