Microsoft staff demand the HoloLens is not used for war 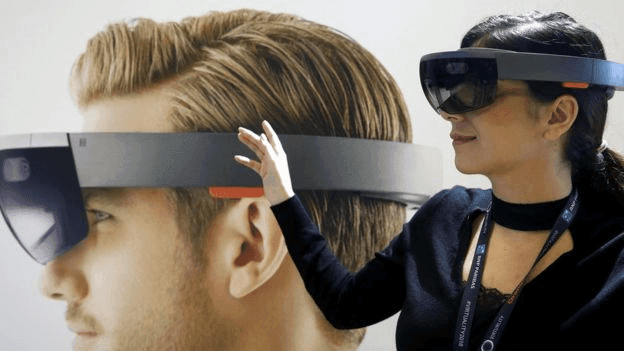 Over 50 Microsoft employees have demanded the company end a deal with the US military, set to provide augmented reality technology to the Armed Forces.

The group has stated Microsoft’s new headset, HoloLens, must not be used to “help people kill”.

Microsoft agreed to the $479m (£367m) deal last November, agreeing to develop a platform, involving 100,000 headsets being used by soldiers. HoloLens, first released to developers in March 2016, allows its wearer to see digital images laid over the real world around them.

On Friday, a letter was sent around Microsoft and has since been backed by over 50 employees across multiple departments.

“Microsoft must stop in its activities to empower the US Army’s ability to cause harm and violence,” it reads.

“We did not sign up to develop weapons, and we demand a say in how our work is used.”

In response a Microsoft spokesperson said, “we always appreciate feedback from employees and have many avenues for employee voices to be heard”.

The letter from employees demands Microsoft stop developing “any and all” weapons technologies and immediately cancel the Integrated Visual Augmentation System (IVAS) contract.

Brad Smith, Microsoft’s president, has said employees who are unhappy with the firm’s military work will be allowed to work in other departments. However, employees, through this latest letter, have suggested this idea is flawed.

“Microsoft fails to inform its engineers on the intent of the software they are building.

“There are many engineers who contributed to HoloLens before this contract even existed, believing it would be used to help architects and engineers build buildings and cars, to help teach people how to perform surgery or play the piano, to push the boundaries of gaming, and to connect with the Mars Rover (RIP).

“These engineers have now lost their ability to make decisions about what they work on, instead finding themselves implicated as war profiteers.”

Amazon’s chief executive Jeff Bezos, however, has said the firm would enthusiastically work with the military.  During an on-stage interview he said, “this is a great country – it needs to be defended”.