What Were The Most Streamed Programmes During Lockdown? 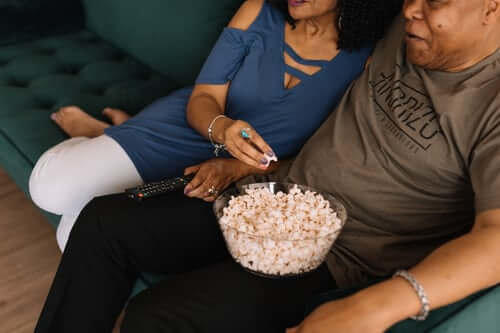 Streaming services like Netflix have completely transformed the film and TV industry, making it normal for box sets to be polished off over the space of a weekend. musicMagpie have surveyed the UK to reveal what the new streaming etiquette guidelines are, how often they are watching, and what the most popular series are.

Getting absorbed in a series is a sure-fire way to lose track of an evening thanks to auto-play. But how many episodes until its officially considered a binge?

Couples Who Stream Together…

A hectic schedule can sometimes mean its difficult to continue watching a series together as planned. But how many of us have succumbed to temptation?

Chances are many of us might be watching a bit more TV than usual lately, with the average person having watched 3 series since lockdown began and over half of the UK (51%) have increased the amount of TV and films they stream. 52% have revisited an old favourite series

With so many options, it can be difficult to know where to begin. We find out what the nation thinks of some of the most popular series of the past decade. Sherlock is the most watched series of all, with 55% of respondents having seen it

Westworld was considered the most overrated by viewers…

The last season seems to have really stung, with 16-24 year olds naming Game of Thrones (GoT) their most overrated…

The Most Binge-Worthy Shows By UK City

Line of Duty storms ahead as the most binge-worthy series, with 7 cities naming that as their favourite…