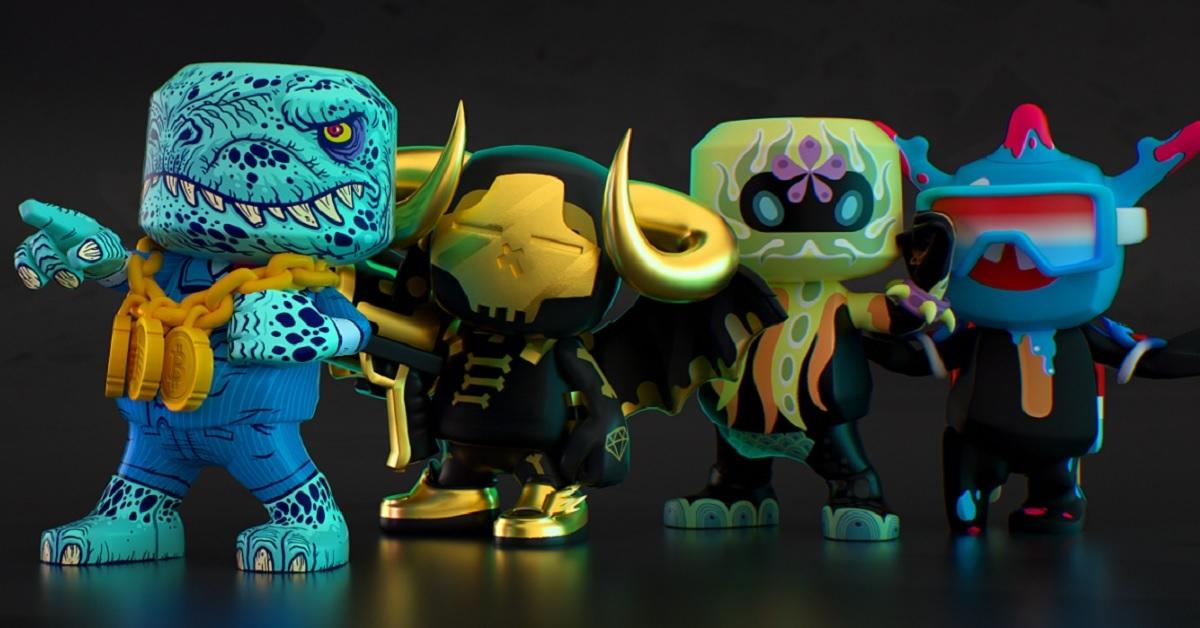 Mythical Games, a next-generation game technology studio at the intersection of blockchain and games, has announced the addition of crypto payments to the Mythical Marketplace — a hub for buying and selling in-game NFTs for the publisher’s popular multiplayer party game, Blankos Block Party. Crypto payments will be powered by Uphold, the digital money platform providing consumers and businesses with single-wallet access to a host of digital and physical assets.

The Uphold integration allows Blankos Block Party players to use an array of supported cryptocurrencies in their Uphold wallet to purchase in-game items from Blankos Block Party sold by other players. These items include avatars and accessories created by artists and designers that have partnered with Mythical.

In most games, the items you buy or earn are locked into the publisher’s economy, and when you no longer want them or find they’ve become sought after, there’s no way to recoup your time and/or money spent. Through the proprietary Mythical Marketplace, players can unlock the monetary value of digital asset ownership by selling their in-game collections to other players for fiat or cryptocurrency in safe and secure transactions, with proof of authenticity.

The money received from sales is automatically transferred to the user’s Uphold wallet and can be cashed out to the user’s preferred currency, traded for other cryptocurrencies, or sent to other crypto holders.


Stoyan Stoyanov, VP of Marketplace at Mythical Games, said: “Supporting crypto payments is the final piece of the puzzle for all of our early players and users who have been waiting for the ability to integrate their crypto wallets with our Marketplace. During our early testing phases, players could only buy and sell on the Marketplace for fiat currency, so the addition of Uphold opens the gates to more opportunities for gamers, whether they’re embracing cryptocurrency already or are new to the space.”

By linking with Uphold, Blankos Block Party can also expand into the 150-plus countries where Uphold operates. Today, the digital money platform serves more than 7 million customers and holds around $3.7 billion in customer assets.

Uphold CEO J.P. Thieriot said: “Connecting with Uphold quite literally changes the game for Blankos Block Party players. The ability to buy and sell collectibles in their cryptocurrency of choice will substantially lower the barrier to purchasing and selling in-game items. We’re excited to support the evolution of Blankos Block Party and grow our presence in the gaming community as we continue our mission of powering payments in the new digital economy”.

The announcement follows Mythical’s $75 million Series B funding round led by Westcap earlier this year, with additional contributions from new and existing investors, including 01 Advisors and Gary Vaynerchuk’s VaynerFund. The funding round brings the total amount raised by Mythical to an impressive $120 million to date, as investors continue to bet on the growth potential of Mythical’s Blankos Block Party and its Marketplace.

The veterans behind Mythical helped develop major franchises, such as Call of Duty, World of Warcraft, Guitar Hero. With their debut in decentralized gaming, Mythical aims to drive mass adoption of ownership in games through NFTs — opening the door to a new kind of global game economy where players are able to collect, own and sell their digital assets.