Netflix’s Market Cap Jumped by $85B in a Year, With Revenue Up 23% During Pandemic 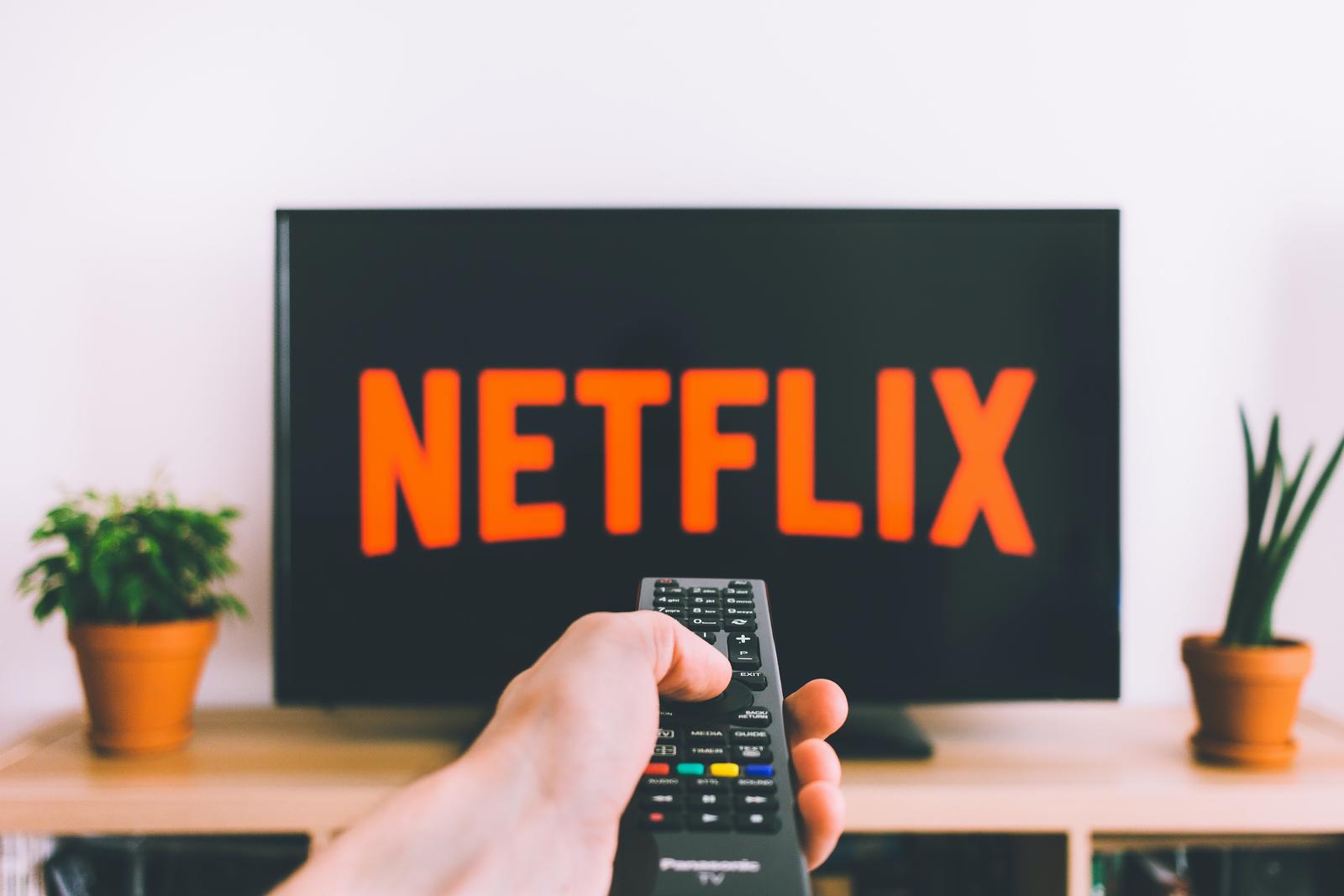 Netflix has seen its revenue and subscriber numbers surge in the last year, as lockdowns left millions in need of daily entertainment in the comfort of their homes.

Revenue Jumped by $4.8B Amid COVID-19 Lockdown

Netflix has benefitted from the stay-at-home boom, which pushed the growth of its user base, revenues, and stock price.

In January 2020, the combined value of Netflix shares amounted to $148.6Bn, revealed the YCharts data. After jumping to $170.1bn in February, the company’s market cap plunged to $140.3bn in March.

However, statistics show Netflix stock quickly bounced back with the market cap reaching $191.8bn in June, almost a 40% increase in three months. The rising trend continued by the end of the year, with the combined value of Netflix shares surging to almost $230bn in December, an $81bn increase since the beginning of the year.

However, in January, Netflix stocks hit an all-time high. After the company revealed in its Q4 2020 earnings report that it was considering stock buybacks and had surpassed 200 million subscribers for the first time, its stocks soared nearly 20% in a day, the largest jump since 2016, with the market cap skyrocketing to almost $260bn.

Although February and March witnessed a slight drop with the market cap slipping to $225bn last week, this still represents a 60% increase year-over-year.


In 2020, Netflix reported revenue of almost $25bn, up from $20.1bn in 2019, continuing the impressive year-on-year growth the company has enjoyed over the last decade. The North American users generated more than 45% of that value, or $11.5bn, up from $10bn billion in the previous year. 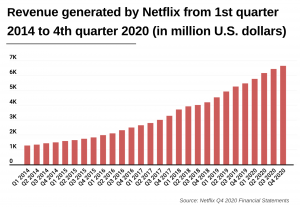 Revenues generated in the United States and Canada were 50% bigger than the amount brought in from Europe and more than triple the revenues generated in Latin America. However, the company also witnessed impressive growth in revenue from the Asia Pacific region, surpassing $2bn for the first time.

Almost 37 Million New Subscribers in 2020, the Highest Increase in a Year

In 2020, Netflix added 36.6 million subscribers as lockdowns forced people to stay at home, the highest increase in a year. In the fourth quarter of 2019, the video streaming platform had 167 million subscribers worldwide. Over the next six months, this figure jumped to 193 million and continued rising. By the end of December last year, the number of Netflix subscribers jumped by another 10 million, reaching 203 million globally.

The majority of subscribers or almost 74 million were from the United States and Canada. Europe, the Middle East, and Africa ranked as the second-largest Netflix market with 66.7 million subscribers.

The full story can be read here