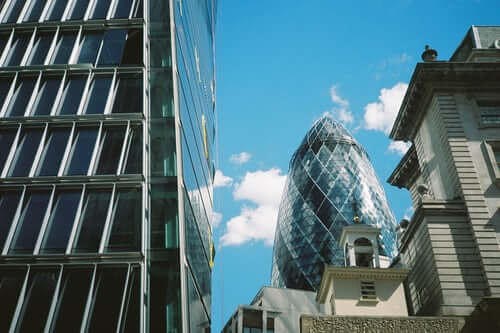 Notion Capital, the leading European SaaS and enterprise technology VC firm, has promoted Itxaso del Palacio to Partner, where she will be responsible for B2B SaaS investments across Europe. Del Palacio joined the Notion team in 2018 from M12 (formerly Microsoft Ventures), where she launched and ran their European office, leading investments in Onfido, Beamery and Unbabel. At Notion she has already led investments into Yulife (InsurTech driving healthy behaviours), Forest Admin (DevTools) and Mya (AI powered recruitment chatbox).

Del Palacio’s promotion comes at a time of tremendous growth at Notion, which announced a £125m fourth venture fund in October 2019 and recent team expansion with, amongst others, industry veteran Andy Leaver joining the firm. With 89% growth in new portfolio investments in the last 12 months,  Notion remains extremely active, despite coronavirus headwinds in the wider industry, having already completed six investments from the new fund.  Despite an unprecedented economic landscape, Notion’s total assets under management grew 78% during the 12 month period to 31 March 2020.

Notion is an early-stage VC investing in fast-growth enterprise SaaS, disrupting industries in which legacy infrastructure has historically been a barrier to innovation, as well as frontier technologies where larger investment upfront is required to bring innovation to market. With over $0.5 billion assets under management, Notion has invested in over 60 B2B tech start-ups since it was founded in 2009, including category-defining companies such as CurrencyCloud, Dixa, GoCardless, Paddle, Mews, Tradeshift and Unbabel.

Stephen Chandler, Managing Partner and Co-founder at Notion, commented: “Itxaso has brought huge energy, expertise and execution capability to her role at Notion over the last 18 months and we believe she will contribute immeasurably to the future success of our firm. Her promotion to  Partner reflects our confidence in her ability to identify and nurture some of the most exciting early-stage startups in the space. In the middle of such an unprecedented time, Notion remains dedicated to investing in the smartest, most innovative and ambitious European SaaS companies.”

Itxaso del Palacio, Partner at Notion, commented: “Notion is the leading fund in Europe that specialises in B2B SaaS, and I believe there will be great businesses built and returns achieved in this space. The team at Notion is very entrepreneurial, ambitious and forward-thinking. I couldn’t be more excited to become a Partner and focus my efforts on funding and developing the next generation of enterprise SaaS startups.”