Office Dogs Could Be the Key to Staff Happiness 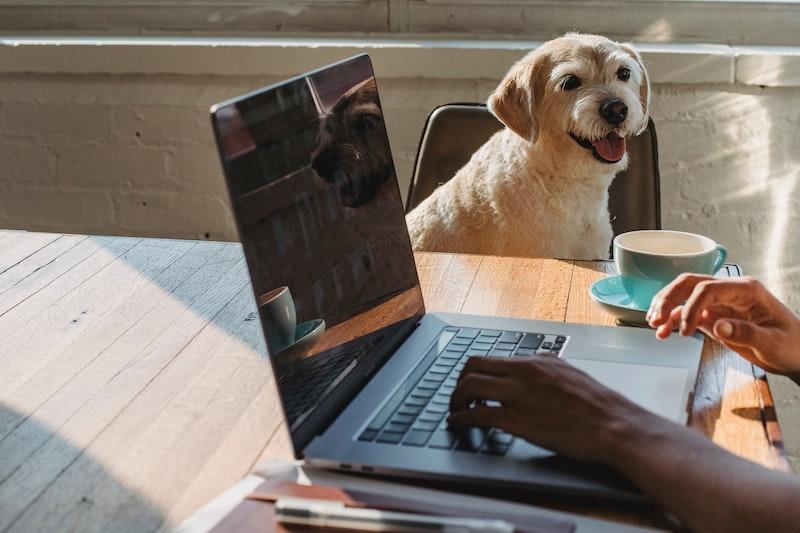 Office dogs could be the key to keeping your team happy and engaged, according to a survey. Toro Recruitment CEO, Daniel Pope is a dog dad to two Samoyed pooches who frequent the recruitment company’s office in Fareham and have been dubbed the firm’s mascots.

Chief and assistant wellbeing officers Polly and Luna are a key part in Daniel’s strategy of improving and supporting his team’s mental health and wellbeing. Daniel did a survey of the team, to determine the effect that having dogs in the workplace had on them.

The survey revealed that more than three quarters (77.8 per cent) of them felt their mood was improved when the pups were in the office. 66.7 per cent were attracted to applying for their role at Toro Recruitment because of the dogs. Just under half (44.4 per cent) were more likely to accept their job offer because of the dogs.

The same percentage of people said they were more likely to opt to work from the office, rather than working from home, when they knew the pups would be there.

When asked whether they thought having dogs in the office has a positive effect on the team, 88.8 per cent either voted yes or maybe. Overall, 66.7 per cent would recommend having dogs as office buddies to other companies.

Daniel said: ‘We genuinely really care about our team’s wellbeing and put a lot of protocol in place to make sure they know what’s on offer for them to support their mental health, such as mental health training for the whole team.’

Daniel is encouraging other employers to hire their hounds to improve employee wellbeing.

He said: ‘The girls have always gone down well and it’s nice to know that they are having a positive effect on the team. It’s a small thing to do but if you have a dog or dogs and they can come into the office a few days a week and the team is happy with that, then why not? Nowadays with everything going on in the world and with mental health on the decline more than ever, every little helps, and I think it’s one thing worth considering.’