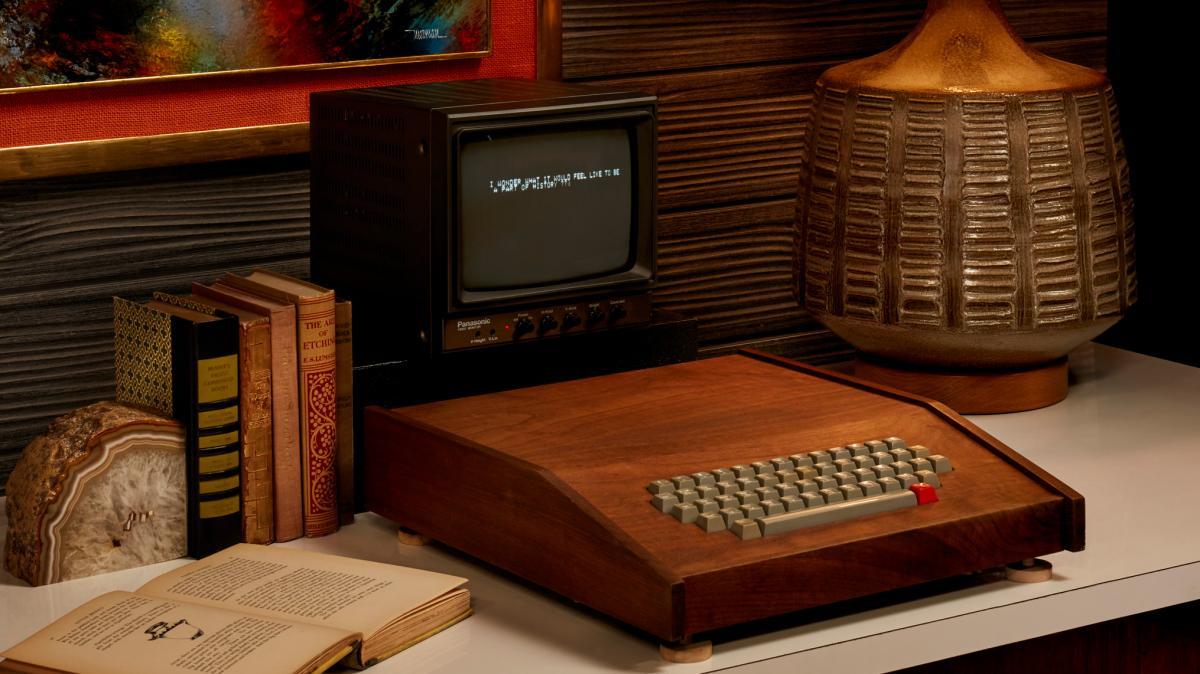 The original computer, pictured above, was actually built by Apple co-founders Steve Wozniak and Steve Jobs in the Jobs’ Los Altos house in 1976. The computer is encased in Hawaiian Koa wood and was sold by John Moran Auctioneers in California.

This computer is only one of 200 that were made and sold in kit form, and one of 60 that are still in circulation today.

The auctioned Apple-1 only ever had two owners, the first was a college professor who then sold the rare computer to his student for just $650!

This sale includes original user manuals and the Apple software on two cassette tapes. Apple-1 expert Corey Cohen, told the Los Angeles Times, ahead of Tuesday’s auction in the city of Monrovia, near Los Angeles that “This is kind of the holy grail for vintage electronics and computer tech collectors, that really makes it exciting for a lot of people.”

The koa wood case of the auctioned model was added by a pioneering early computer retailer, ByteShop, in California, which took delivery of around 50 of the Apple-1 machines.

It is believed ByteShop owner Paul Terrell was annoyed when Jobs brought in the Apple-1’s because they could not simply be plugged in and used by the buyer, but Jobs convinced him there was money to be made by selling these machines alongside keyboards, monitors and power supplies to create a functioning computer. 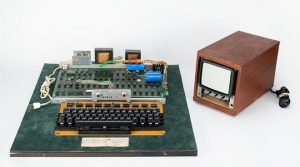 It is said that there are only 20 computers like this one in the world that are still capable of functioning properly. Steve Jobs and Steve Wozniak and Ronald Wayne founded Apple in a garage in 1976 in California.

In 1976, the Apple-1 machines were sold for $666.66, reportedly because Steve Wozniak liked repeating numbers.

This Apple-1 has undergone an “extensive authentication, restoration, and evaluation process,” according to the auction house.

It is important to note that this Apple-1 is not the highest amount paid for an Apple-1 computer before. There was a working version of the computer that sold for $905,000 at an auction in New York in 2014.