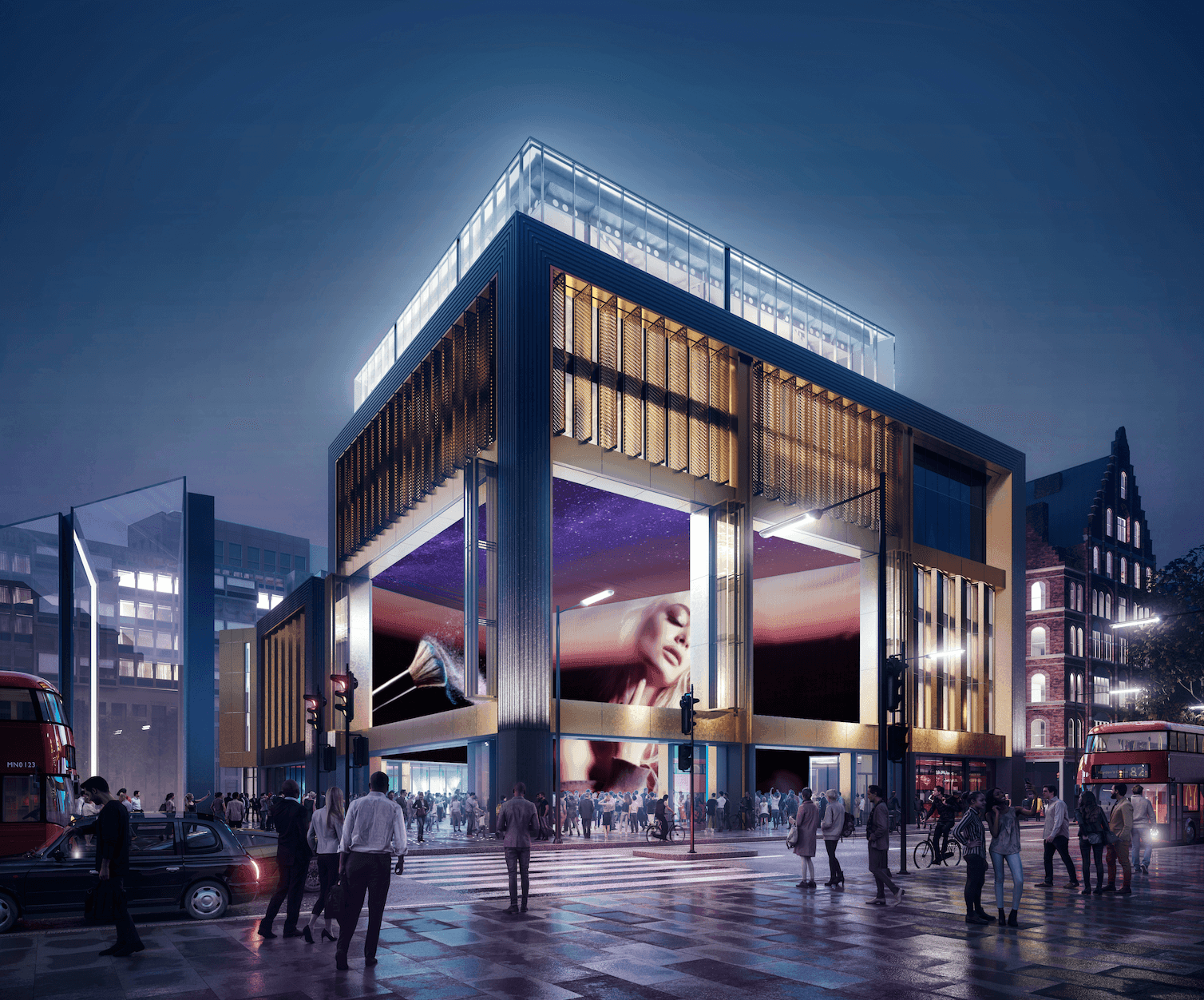 Outernet Global has announced a multi-year strategic partnership with Technicolor as they bring to fruition the world’s first high capacity, immersive media space to a global city centre. Set to open initially in London in 2020, the multibillion-pound project is a revolutionary step in the creation of location based experiences at iconic destinations.

The Outernet is a global network of central city hubs designed to elevate the culture and commerce of the world’s great cities through the largest, most immersive digital experiences. Technicolor merges industry-leading artistry with the most innovative technology to unleash extraordinary experiences for audiences everywhere and anywhere. The partnership unites stellar creative talent and leadership, who collectively bring top media, branding, property development, and entertainment experience. Together they will be delivering boundary-pushing mixed reality, VR, AR, and AI environments to the globe’s ultra-high footfall areas – with a goal of making them into a powerhouse network of connected retail and cultural hubs.

The crown jewel of The Outernet London will be The Now Building – which will bring epic scale to storytellers and content providers via 360-degree, 8K floor-to-ceiling screens. Every day will be a new experience for locals and tourists alike, as the Outernet is refreshed with a rotating carousel of broadcasters and advertisers, video artists and live performance events, and exclusive digital offers and experiences. Because it’s always on and never switches off, the Outernet aims to be a constant and timely source of news, entertainment, and immersive digital experiences to whomever passes by – an expected 400,000 visitors per day.

The partnership will be led operationally by Outernet London and Technicolor’s MPC and The Mill.

“We’re building the largest capacity entertainment venue in London since the 1940s, with the highest resolution screens anywhere in the world,” said Philip O’Ferrall, Outernet Global President & CEO. “Our location at the very heart of this global capital is the perfect stage to launch this revolutionary new platform – which also includes a 2,000 capacity live music venue that aims to re-energise the rock ‘n’ roll pedigree of the surrounding Soho area, [while] acting as a catalyst for the next wave of reinvestment in this iconic part of London.”

“Outernet is at the forefront of the global media economy, taking brand experiences to a whole new level,” added Frederic Rose, CEO at Technicolor. “As a company that unites creativity with technology to push the boundaries of what entertainment can be, we’re truly excited to be a part of this journey. Our partnership is a natural fit, helping brands to realise the increasing value of immersive media environments.”

Concluded O’Ferrall: “The unique physical and logistical challenges of The Outernet London require best-in-class partners. Technicolor has an impressive track record of delivering future-facing technology and innovation. In partnership with storytellers and leaders across multiple industries, they find new ways – whether through virtual reality, augmented reality, mixed reality, or beyond – to tell compelling stories and engage with audiences. This makes them a natural partner for Outernet Global as we roll out our strategy worldwide.”

While The Outernet London is the first in a series of connected city centres offering this truly unique experiential destination, plans are already underway to develop similar sites in other global hubs, including New York, Los Angeles, Berlin, and Dubai.

Bet on Email and Lose: The Odds of Gambling on Cybersecurity