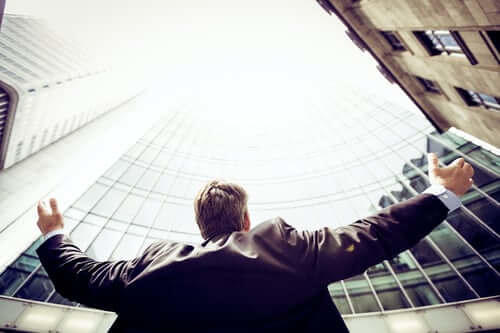 Paolo Aliatis started his business career at a very young age, at 10 years old, he began buying little knives in a local shop and sold them to his classmates in school. During his many ventures, he met a lot of people, made a lot of mistakes, lost a lot of money but had a lot of fun. He always paid his debts and it didn’t take him long to start another venture after failing one as he couldn’t see himself as an employee and he found it difficult to take orders or be limited and controlled by someone else.

By the time he was finishing university, Paolo couldn’t contemplate working for someone else and he started to realise that life was very quickly going to get serious. He spent years in university supposedly “learning” how to start a successful business, only to leave and find out that he knew nothing and that Paolo Aliatis, was in fact, a nobody.

Most of Aliatis’ friends and classmates scrambled to get a job, yet he stayed put, ready to start a business and make it big on his own but not knowing where to start or worse, thinking he knew and then the dawning realisation hit that he was nowhere close to knowing what he was doing.

Paolo then made the move to Barcelona, Spain to start a pharmaceutical distribution operation which he considered to be the most difficult and stressful time of his life. However, this also prepared him for business battles and proved to be the best training he could ever receive for his future ventures.

Paolo decided to rent the 3 spare rooms in his apartment, which ended up covering the cost of the whole apartment meaning he lived rent-free. When he moved in with his girlfriend, he rented out the fourth room and was making 600 euros a month. At the time that sort of money was 60% of an average monthly wage for a person his age.

One flat-share became two and two became four. One day a call arrived from a friend in London. London was the place where the flat-share and co-living big leagues arrived. Paolo Aliatis moved to London during the financial collapse, he started his flat-share business, together with his mentor and business partner; ending up a few years later into one of the biggest flat-share operators in London. He ditched cash in hand and opened offices and business accounts. Disputes were no longer solved on tenants’ doorsteps but through the courts. His skills multiplied, he gained an understanding of property law, recruitment, marketing, operations and much more.

There have been points when he thought to diversify his business interests. From import/export of seafood, a ceramic tiling company, geo-social networking, a dating platform and a goldmine in South America, Paolo Aliatis’ interests grew wide. What did he ultimately learn from all these different business interests?

That whilst they were all feasible and could have flourished into something much bigger, for him, flat-shares remained the game to play.  Step by step he started partnering with big landlords and developers in different cities and different countries and set up flat-share operations wherever achievable.

Fast forward to where he is now and the same real estate boys that used to look down on him in the flat-share industry are the ones hounding him for loans and trying to push partnerships on an industry where they would love to be in but have failed. It seems like he is no longer an amateur and the industry was far juicier than they thought.