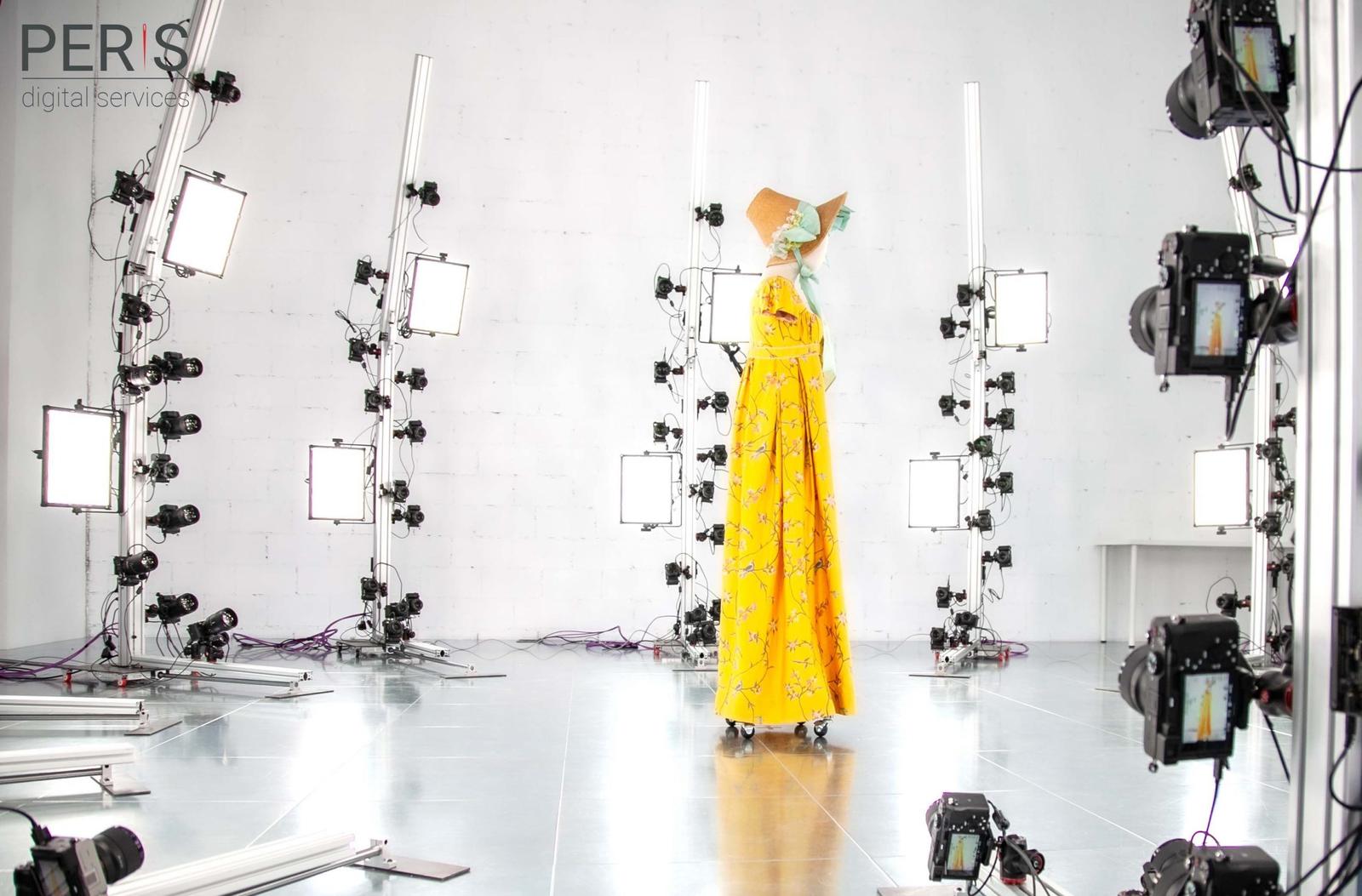 Established in 2021, Peris Digital is the child company of Peris Costumes, costume designers and curators since 1856. The company’s clothing has featured in film and TV including movies such as Dune, Disney’s live-action Mulan and hit TV series such as Bridgerton, The Queen’s Gambit and Peaky Blinders.

Thanks to Sony-powered photogrammetry technology, over seven million garments from the Peris Costume archives can now be recreated as digital scans and brought to life with incredible realism using post-production visual effects (VFX).

Digital mannequins can be printed in 3D and worked on virtually, saving time and money on costume fittings. Digital doubles, including photo realistic hand and face scans, can be animated as both background and hero characters due to the superior image quality provided by Sony’s 61MP resolution.

As well as Peris Digital’s main rig based in Madrid, the company is also expanding to the use of mobile rigs featuring over 100 cameras for quick high-quality scanning on-set, anywhere in the world.

“Without the need for models, garments can be adapted to our clients’ needs and we can achieve a complete result in just 2-3 hours of processing by scanning existing materials and garments in seconds. We are extremely passionate about our heritage as costume curators, and it brings us great pride to be able to share our costumes in true-to-life detail with new audiences through Sony’s highest resolution technology.”

“It has been our pleasure to support the digital transformation of Peris Costumes and witness the incredible growth of Peris Digital. From setting up and programming the rig with our Camera Remote SDK for optimum camera synchronization, to seeing the costumes brought to life on screen, we look forward to supporting Peris Digital’s next developments and maintaining their position at the forefront of the digital costuming industry.”

Having made its name in the film and TV industry, Peris Digital looks to further expand into the gaming space. Harnessing the power of Web3 to reach an even greater audience, the company is keen to costume the metaverse with next-level realism.

Official launch of new Plus X innovation hub in Brighton

How Victoria Repa, Ukrainian Founder of BetterMe has Adapted her Business to Help Ukrainians