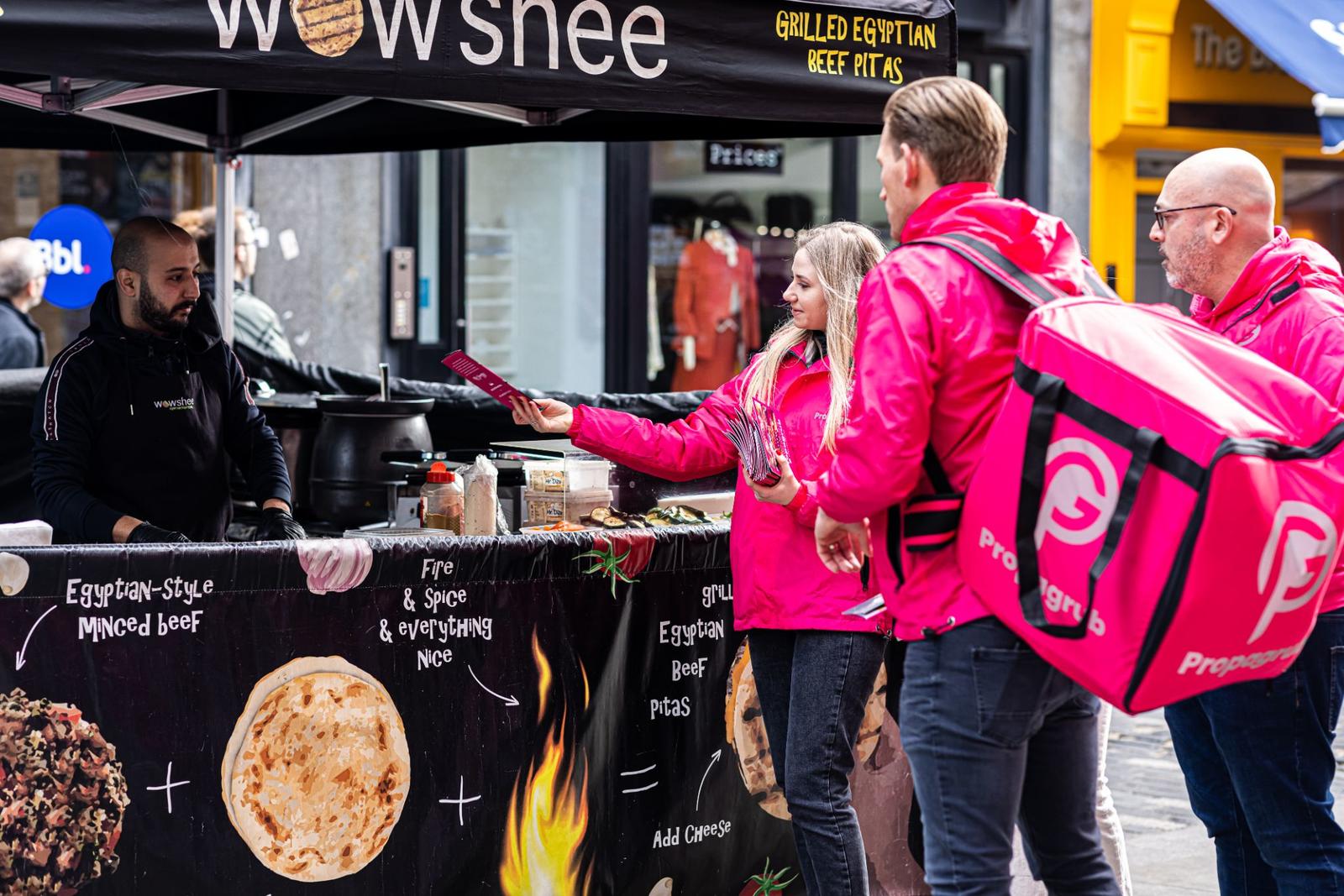 Launching this Spring, London-based social food app Propagrub will take on delivery giants, but with the aim to bring “real food” to people via local chefs and independent traders.

Inspired by the effects of the pandemic, which saw chef unemployment rates rocket and the number of small businesses selling goods through social platforms increase, Propagrub creates a fresh new platform for independent chefs and traders seeking new business and exposure.

Founders Brandon and Jacob Elmon designed the app with the hope of getting redundant chefs back working in the kitchen.

Unlike other food delivery apps currently on the market, Propagrub was designed to break down barriers between consumers and the preparation of their food, presenting features such as a live chat option, where users can communicate with chefs, and a live stream section, which will allow users of the app to virtually experience the creation of their meal.

CEO and co-founder Brandon comments: “It is in the very nature of modern food delivery apps that we don’t know what’s going into our food or who’s making it. Propagrub is all about rebuilding these connections. We connect our users directly with the person cooking their meal”.

Other features of the app will include an AI recommendation algorithm, which personalises users’ feeds based on past orders, and categorised sections that have the potential to range from vegan and gluten-free diets to in-vogue diet plans.

Propagrub presents a social aspect in its community page, a foodie hub targeted at those who ‘live to eat’ rather than ‘eat to live’. Users will be able to share photos of their delivered dishes or their favourite chef menus in a space specially created for food discovery. A reels feature, ‘Clips’, will also be available for users to get a more in-depth preview of chefs on the app or view other foodie-related content.

“This is really what makes Propagrub more than just an app but a social platform, like Instagram or TikTok. Everyone loves to share images of their food on social media, but you often find them getting drowned out by the vast variety of other content shared online. Propagrub shines a brighter light on the foodie community.”, suggests COO and co-founder Jacob.

The launch of the app will also bring the introduction of Propagrub’s cryptocurrency, which will play a significant role in the workings of the app, as well as being used alongside regular payment options. The currency will form part of a reward system for users interacting with the app’s community page, and Propagrub’s delivery drivers will also have the option to be tipped in crypto payments

Upon ordering their food, users can choose whether to click and collect or have their meals delivered to their door by a trackable Propagrub driver. To prevent harmful environmental impact, Propagrub has partnered with Ecologi, which will allow the app to plant a tree per every delivery, offsetting carbon. Chefs will also be encouraged to purchase food packaging from Propagrub’s eco-friendly shopfront.

Why Become a Propagrub Chef?

Propagrub invites all local chefs and street food traders, ranging from ameteur to professional, to sign up and build their business on the app. But why should they do it?

Propagrub will allow chefs to run their own business for just £1 a day, free for the first three months. The app will take just 10% from all orders, a far smaller percentage than other apps currently operating.

Thanks to the app’s sophisticated algorithm, Propagrub is designed to put chefs and their brands directly in front of their target audience, removing the drawn-out process of self-marketing and leaving more time for food.

Chefs will receive ongoing marketing and operational support whilst listed on the app, allowing them to safely and sustainably build their business from the comfort of their home kitchen.

The Craftory invests $18m in TomboyX