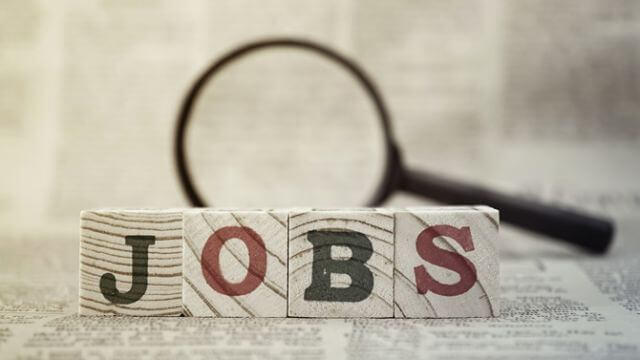 Published today, Aaron Wallis Sales Recruitment in connection with the Office for National Statistics (ONS) have compiled a report into job growth in the UK, examining which areas grew in total employment over 2018.

The report builds on data from the recently published Workforce Jobs Survey by the ONS, utilising over 83,000 data inputs and the largest of its kind. 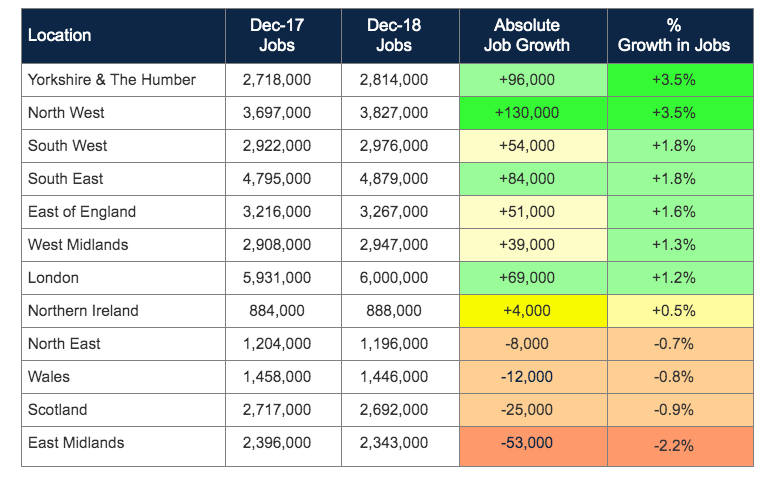 Yorkshire & The Humber and the North West clearly led regional job growth in 2018, with a 3.5% increase in the amount of jobs year-on-year. In contrast, the East Midlands saw a significant decrease in employment of 2.2% over 2018, by far the biggest decrease in the UK.

The data suggests that over 130,000 jobs were created in the North West in 2018, by far the leader of absolute job growth in the UK.

Deloitte point to a ‘Manchester media boom’ as a key factor in growth, with regeneration of the Manchester Docks seeing considerable investment with the creation of an employment hub in MediaCityUK.

With growth of nearly 100,000 jobs year-on-year, 2018 was a very successful year economically for Yorkshire and the Humber.

Leeds, in particular, can be seen as a growing economic hub, where between 2013 and 2018 the number of jobs has increased by 10%.

With a decrease in filled jobs of 53,000 in 2018 for the East Midlands, the region saw the biggest drop in workforce in the UK by a significant margin; over double the next net decrease in workers, Scotland.

Ernst and Young point to the East Midlands losing out to regions that have secured devolved powers from central government, also lacking a rising economic hub in comparison to their neighbouring regions.

Another year of positive job growth for the South East, where the ONS suggest that over 80,000 jobs were created in 2018. Outside of London, the South East is by far the largest economic hub with a workforce of nearly 5 million.

Economic success can be tied to great connections to commerce in the capital as well as a large number of aerospace and defence corporations in the territory.

Over 2018, ONS data suggests the capital saw an increase in jobs of nearly 70,000: positive growth but not as high as the North West and Yorkshire and the Humber – in both absolute and relative terms.

Further analysis points towards Brexit as a key factor in mixed job growth, with over 20 top financial services companies moving assets out of London.