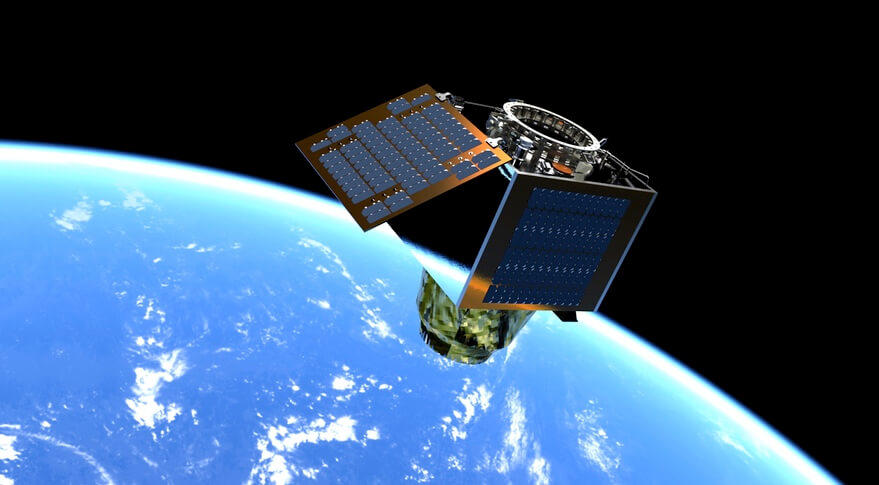 Satellite Vu, an Earth observation company that offers the highest-resolution thermal imagery and insights, are set to make their carbon emissions data available to the public to raise awareness and promote accountability towards business sustainability.

The COP26 summit at the end of 2021 reaffirmed the call for governments and businesses to take action against climate change. The global aim, initially crafted by an Intergovernmental Panel on Climate Change (IPCC) report, is to reduce carbon emissions by 50% by 2030, and 90% by 2050, and Satellite Vu will become one of the first major space companies to share their carbon emissions data publicly in a drive towards these goals.

Satellite Vu plans to launch the first of a constellation of satellites into orbit within a year. The satellite will collect thermal data, day and night, of both the natural and the built environment at any location on the planet. The full constellation will have the ability to measure the heat signature of any building multiple times a day, enabling Satellite Vu to derive new insights in real time about building heat loss, activity, and insulation.

For example, the satellites will also monitor thermal water pollution across the globe with the aim of reporting pollution events in bodies of water. Monitoring could detail thermal variations caused by oil refineries, wastewater treatment works and nuclear power plants. In addition to monitoring productivity and illegal activity, the satellites will also be able to validate Environmental, Social and Corporate Governance (ESG), creating opportunities to link pollution events to a company’s “Environmental”, or “E,” value in their ESG rating.

The carbon emissions data will be calculated using Satellite Vu’s bespoke calculator which uses similar calculations to those advice by the United National Framework Convention on Climate Change (UNFCCC). The data will be updated and displayed on a monthly basis.

Satellite Vu will act on this data by seeking to reduce carbon emissions as their primary focus, evaluating and improving working models, transport options as well as flight testing. Carbon offset methods will also be utilised as a means of counteracting satellite launch costs, with a focus on carbon removal offsets such as biochar. As Satellite Vu wishes to support these developing technologies, they are investing in enough offsets to cover their projected 2022 emissions in advance.

The carbon emissions data publication plan forms part of a wider sustainability programme being led by Satellite Vu which includes reviewing and improving working, transport and testing models as well as carbon offset plans to deal with flight testing and satellite launches as they seek to drive towards Net Zero.

Satellite Vu hope their transparency through making their carbon emissions data publicly accessible will encourage other businesses to follow suit and take accountability and action against climate change.

Anthony Baker, CEO for Satellite Vu comments:  “We believe that governments and businesses need to practice what they preach when it comes to tackling climate change, and this new initiative will ensure that Satellite Vu is accountable and transparent in its approach to reducing carbon emissions.  We are joining a very small pool of space companies who are proactively publishing their own emissions data, and, as far as we know, we will be the first to pre-offset our predicted carbon footprint for the whole of 2022. We will keep track of our progress and constantly review, refine, and validate our approach and methodologies. Our actions will include investment in green initiatives, guidance on the use of transport and travel, as well as smarter working to keep our offices and physical locations as green as possible.”