Security Overkill: How Much Is Too Much? 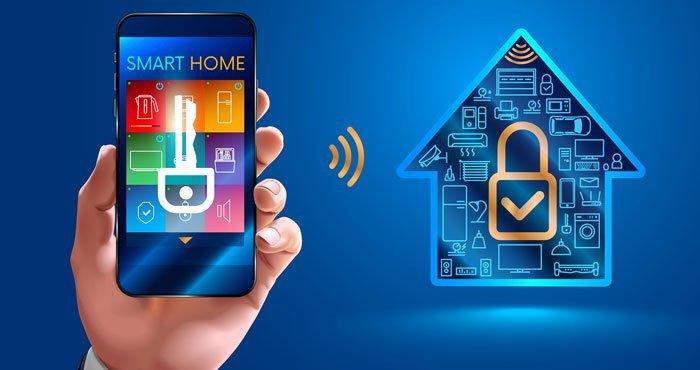 AS HOME security is a priority for many UK households, recent research has revealed the number of homeowners installing smart home tech to deter invaders.

A survey of 1,002 UK homeowners by leading innovator of entry doors, www.pirnar.co.uk, has revealed that 38% of UK households have installed some form of smart tech security in the home, at an estimated average value of £341.

Smart surveillance cameras proved to be the most popular devices amongst 38% of UK homeowners, closely followed by video doorbells (33%).

Almost 1 in 6 (15%) of British homes feature keyless entry to the home such as keypads, apps, fobs and virtual keys.

The research revealed that a further 1 in 4 (24%) of homeowners intend to purchase smart home security in the next 12 months.

But 66% said they would still fall back on traditional deadlocks, too.

Improving security was the main reason for investing in these devices, with 74% of those who had done so citing this as the reason. But a further 26% did so for the sake of convenience.

Despite this growing trend, as many as 42% say that they think having too many smart security devices on show might actually have the opposite effect, and potentially entice burglars with an over the top display of technology on the doorstep.

Andrew Osurkovas, Sales Manager at  pirnar.co.uk comments: “Protecting your home from invaders is unfortunately something many households have to think about, to prevent unwanted guests entering the home. As technology has moved on, doing so has become easier and more affordable than ever – but as we’ve seen, there can be such a thing as having too many smart devices on show.

“You wouldn’t ordinarily leave technology lying around obviously outside your front door. And so more subtle options – such as positioning security devices in less obvious places, or investing in doors which have this type of technology inbuilt in a more subtle design are a better option.”

PIRNAR is a leading European innovator in the field of door entrances. For more information please visit www.pirnar.co.uk