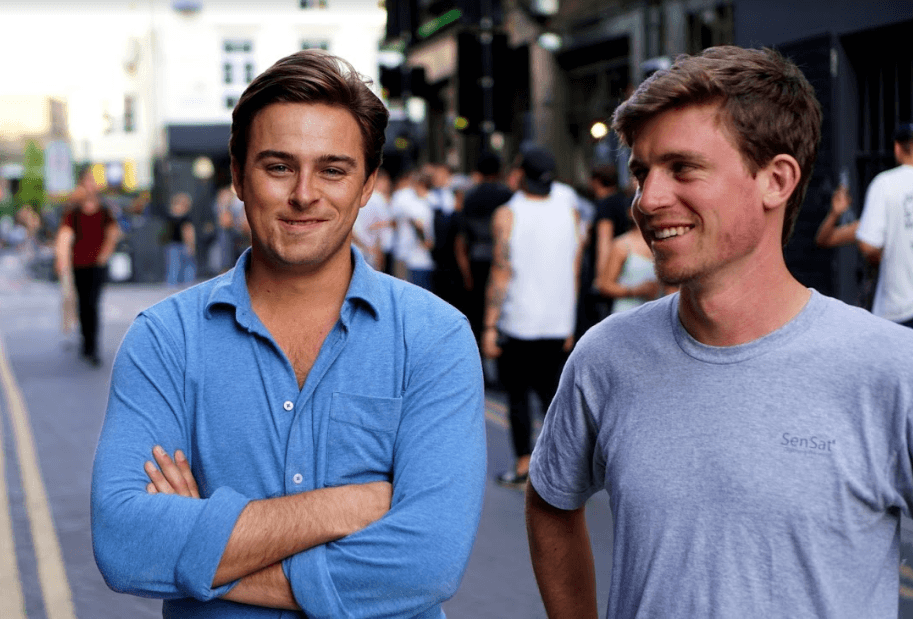 SenSat, the UK company using artificial intelligence to unlock value in the Infrastructure industry, by using digital representations of real world locations, today announces a $10 million Series A funding round, led by Tencent, with participation from Sistema Venture Capital.

The new capital will be used to support growth, enabling SenSat to expand its London team of 30 experts by more than three-fold over the next year, focusing on data scientists, mathematicians, software developers and creative problem solvers, as well as driving continued international expansion.

$94 trillion in Infrastructure investment is required by 2040 to sustain global growth predictions, yet Infrastructure is one of the least digitised sectors in the global economy, lacking the automation and transparency that has transformed online industries. This lack of digital impact has also meant that much of the industry relies on traditional and inefficient ways of doing  business, resulting in a tremendous amount of waste. Combined with the environmental degradation and resource waste linked to unsustainable growth, a particularly compelling case can be made for introducing AI and digital automation to physical sectors.

“SenSat has a simple but profound goal: to build the third platform, an intelligent eco-system that translates the real world into a version understandable to AI. This technology will help us to build a more sustainable future, using the wealth of new insight to help humans make better decisions. Our plan is to first focus on perfecting our human controlled digital twin technology, so we can help to transform the way we deliver Infrastructure,” explains James Dean, Co-Founder and CEO of SenSat.

“Using AI-powered digital twin technology to replicate the real world in a digital capacity is the next step towards using data to make better decisions, not only in Infrastructure but in how we impact the world as humans. SenSat has scaled rapidly in the past year, and we have big plans for this first major round of investment, adding to our world class AI expertise, and enabling fresh partnerships with innovators in a range of different fields. With Tencent we share similar ambitions about the impact of enterprise internet on laggard industries and how that can lead to us operating our world more sustainably.”

At the heart of SenSat is Mapp®, which allows Infrastructure companies to interact with their workplaces digitally for the first time by allowing digital automation to help them make better decisions with real world data. Despite only launching in 2018, the start-up is already transforming the industry, with Mapp® providing major value to more than 30 international Infrastructure companies. As part of a project with Murphy Group for the National Grid, SenSat digitised a 52 km underground transmission line as a part of the Triton Knoll offshore wind farm project, resulting in reducing time on site by 200%, as well as vastly reducing the impact on local wildlife thanks to less invasive methods. Most recently, SenSat worked with Berkeley homes, recreating the physical environment digitally for the development of 10,000 new homes. Their assimilation of thousands of separate data points into a single view, meant that Berkeley were able to accelerate their design and decision making process by 8 months, whilst also providing a powerful tool for future public consultation.

Harry Atkinson, Co-founder and Chief Data Officer of SenSat added:“Infrastructure is the only sector to have had a 0% net productivity increase since the 1960s, with a history of inefficiencies in doing business, contributing to a staggering 61% of total UK waste. The result is an estimated $5.2 Trillion direct economic loss per year. Knowing this, we see a huge opportunity in allowing computers and AI to analyse the real world in order to help us grow more sustainably – an area which SenSat is pioneering.”

Dr Ling Ge, Chief European Representative at Tencent Holdings, who will be joining the SenSat board, explained: “We are delighted with our investment into SenSat, which aligns well with the ambitions of Tencent’s Cloud and Smart Industries Group. We believe SenSat is well positioned to introduce mass digital automation to offline industries that have not yet engaged in the digital revolution; and we look forward to SenSat applying its platform to a broadening range of smart industries.”