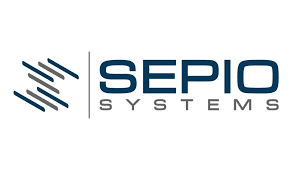 Sepio Systems, which is disrupting the cyber-security industry by uncovering hidden hardware attacks, is gaining momentum in the U.S. after adding an important new customer and channel partner – the Integrated Security Solutions business unit of Johnson Controls, and strengthening its advisory board.

Sepio offers the world’s first end-to-end solution that detects and mitigates hardware-based attacks, including rogue peripherals, invisible network devices, and manipulated firmware. The company’s Sepio Prime, which is a software-only solution, has been successfully deployed in over 20 mid-sized to large banks, insurance, and telecom companies in the U.S., Singapore, Brazil and Israel. The deal with Johnson Controls is bringing the technology to additional sectors.

The growing interest in Sepio’s product is the result of an unprecedented rise in cyber-attacks and data breaches caused by the ease of obtaining attacks tools that were until recently only available to governments.

“Johnson Controls is a leading systems integrator in the security field and our connection with them will open up a new market for us,” predicts Yossi Appleboum, CEO of Sepio Systems Inc. Until recently Sepio had mainly focused on the finance and telecom sectors, but Appleboum notes that the “partnership with Johnson Controlsand their network now exposes Sepio’s technology to hundreds of new clients in the North American market.”

As part of Sepio’s effort to expand its U.S. presence, Suzan Zimmerman has joined the company’s advisory board. Zimmerman has worked in senior positions for numerous companies in the IT field including CACI International Inc., QinetiO North America Inc. and Science Applications International. “It is an honor to be part of an organization whose focus is protecting our mission critical systems. As our cyber threats become more complex, we must become more vigilant in evaluating the severity of the consequences, should we not be able to detect the intrusion at the source.” said Zimmerman. “With Sepio’s technology implemented into corporate and governmental cyber tool kits, the protection of the agencies’ information will increase exponentially.”

Suzan Zimmerman is the President and CEO of Strategic Capture Group, which focuses on helping companies to market, capture and win business in the government sector.