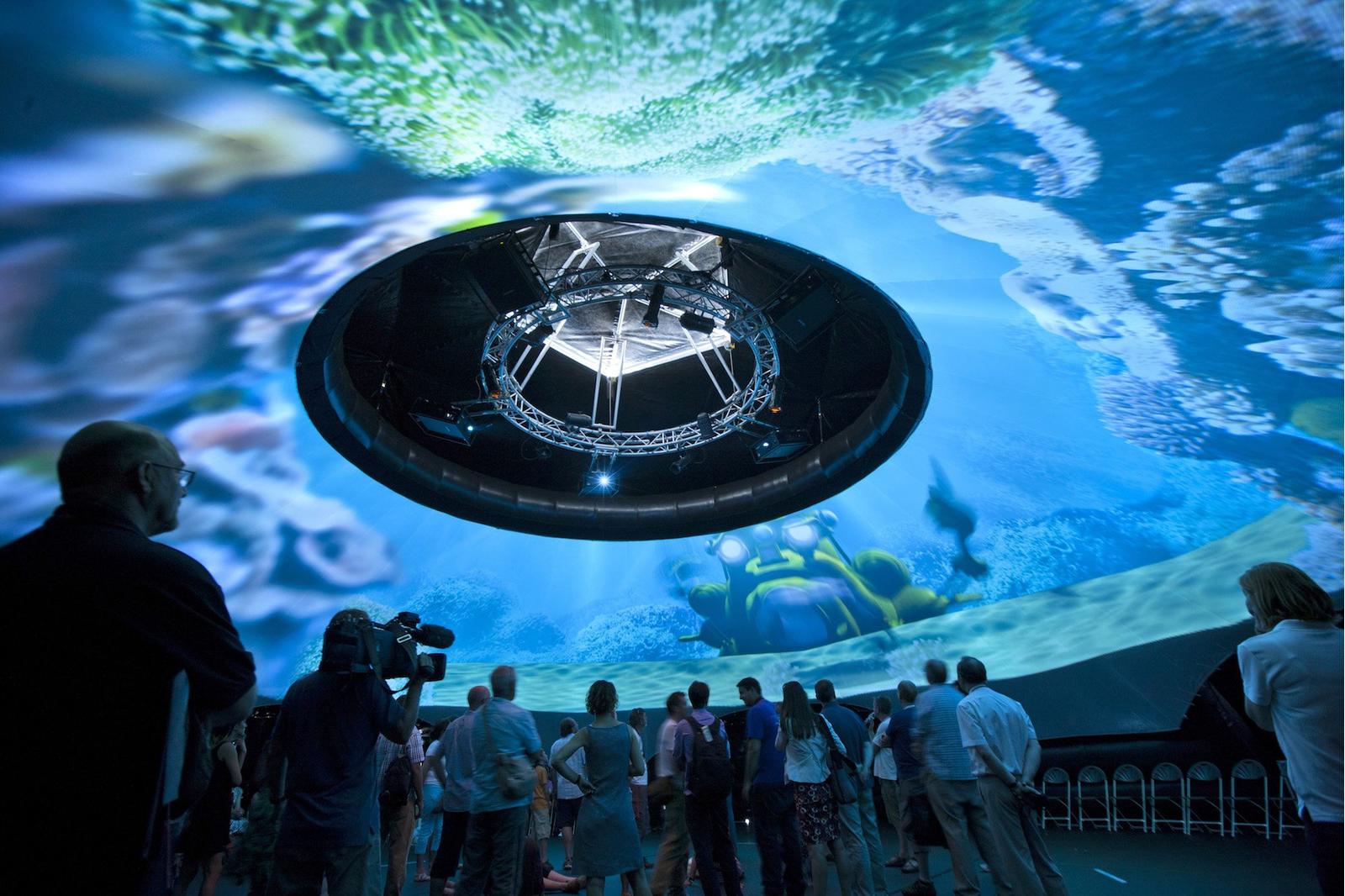 A Shropshire-headquartered firm that designs and delivers immersive 360° virtual reality (VR) experiences and solutions for clients including BP, Microsoft and Uber, has received a £1million investment via Frontier Development Capital (FDC).

The funding will support Igloo Vision’s latest international expansion plans, as it grows its chain of sales and demonstration centres. The firm is to also undergo a recruitment drive, with seven new hires already planned.

The company is known for developing projection domes and cylinders which, when combined with its specialist software and technology, create unique 360° VR experiences for up to 750 people.

Calling itself a Shared VR company, Igloo can display any 360° content or VR in its immersive spaces. And, because entire teams can get inside these spaces and engage with the content, the technology is well-suited to training, simulation and visualisation, as well as events and experiences.

Since opening in 2007, Igloo has delivered more than 500 events and installations in 22 countries and now employs 50 people across offices in Shropshire, London, New York, Los Angeles, Toronto and Melbourne.

“For a VR company we are unusual, because we are already profitable and selling to many of the world’s biggest brands. The one thing that has held us back is that we haven’t had enough investment to expand as quickly as we would have liked. Frontier Development Capital’s involvement now enables us to accelerate our growth.”

Last year, the business recorded £3.3million of American export sales after a string of contract wins. Igloo expects this to rise to £19 million within five years. It recently announced a new project with a global consulting firm to install Igloo systems at two US-based innovation centres, as well as a network of offices.

Frontier Development Capital is a national fund manager supporting businesses with investments of up to £7 million.

“Igloo Vision represents the best of British design and technology, something that has allowed it to make waves globally and build an impressive client roster. The demand for its products and services demonstrates the scale of the firm’s innovation and commitment to creating highly engaging experiences and solutions for its clients’ audiences.

“This investment, an innovative package of debt and equity, aims to provide Igloo with the backing it needs to build on this success and continue to disrupt new markets. If recent wins are anything to go by, the business has a hugely exciting future ahead.

Insurtech Sprout.ai raises £8m to respond to the global market demand for their solution