Squid Game Survival: 10 Logos That Would End Your Life in “Sugar Honeycombs” 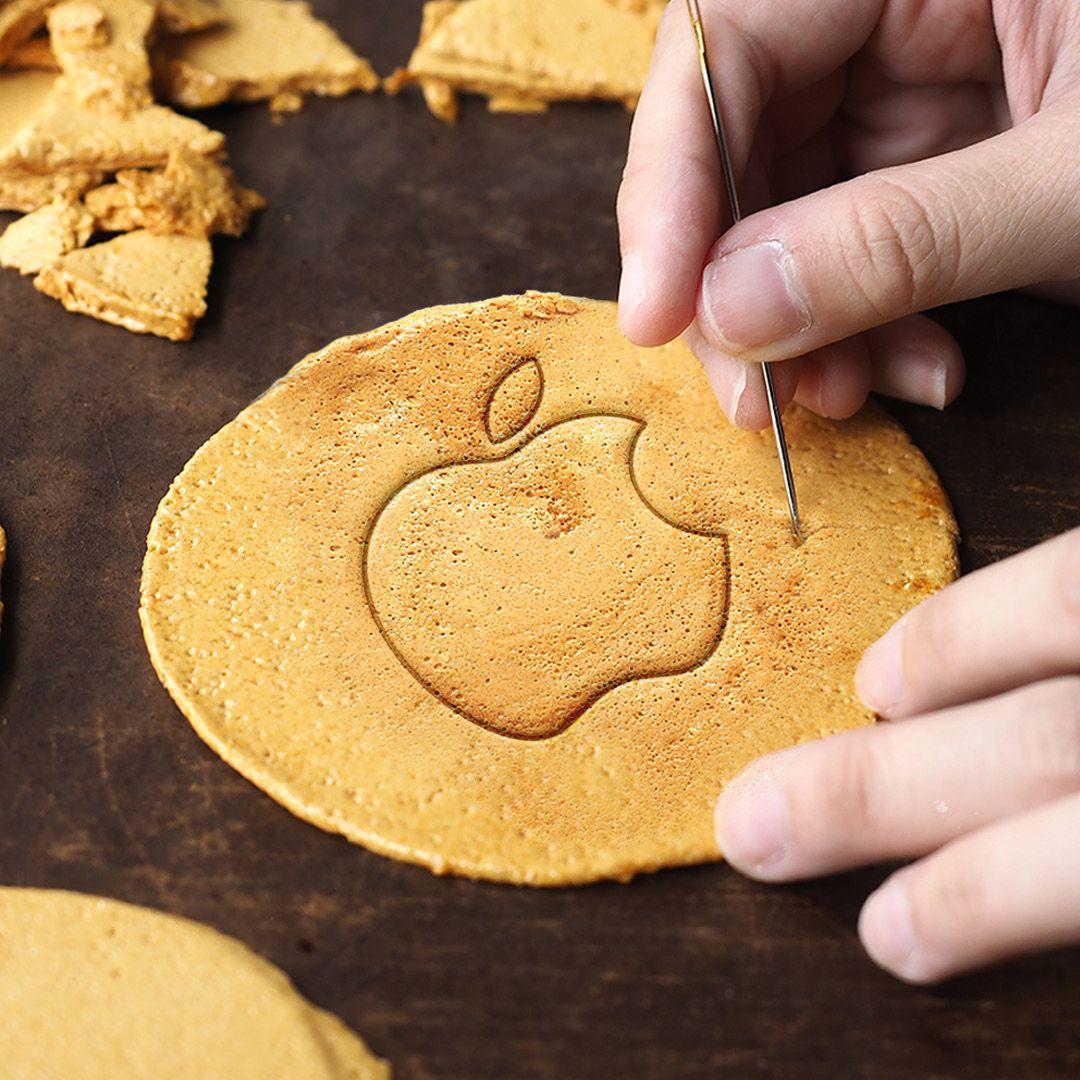 The taste for honeycomb is spreading like wildfire with Orchard Café, Brown Butter offering customers the chance to play the game and win a free latte and TikTok enthusiasts creating their own challenges with Dalgona cookies at home, but why should the fun stop there?

Solopress have selected some of the most globally recognised yet intricate logo designs ever created to add a new layer of tension to your next attempt at Sugar Honeycombs and almost certainly result in elimination. 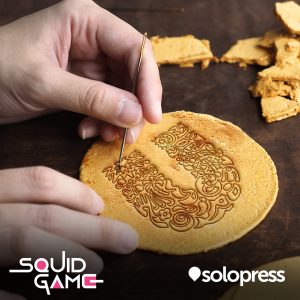 Anglo-Dutch company Unilever proudly retained the same logo design for three decades until 2004, when Wolff Ollins conceptualised the new ‘U’ shape, symbolic of the brand’s “vitality mission”. The distinctive intricacy of the design comes from the 25 individual symbols representing bioscience, beauty, nutrition and more that create the iconi U, and make this logo one to steer clear of during a game of Sugar Honeycombs. 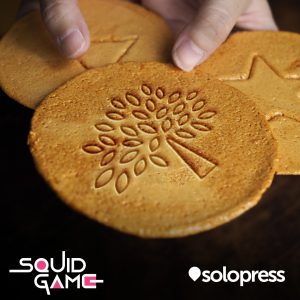 Both the Mulberry name and logo was inspired by founder Roger Saul’s childhood memories of passing mulberry trees on the way to school. Thoughtfully designed by his sister Rosemary, the mulberry tree image is highly delicate and fragmented in its appearance, indicating that any carvings of the design in Squid Game would almost certainly result in a bloody demise. 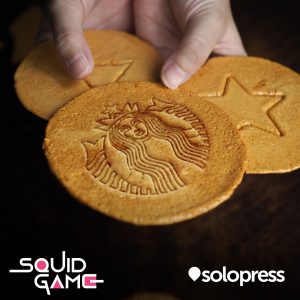 According to coffee giants Starbucks, the nautical motif depicted in their iconic logo was created to “evoke coffee’s allure and its seafaring tradition”. This logo design is instantly recognisable to consumers, incorporated into the everyday lives of coffee lovers worldwide. Starbucks’ in-house design team and global brand consultancy agency, Lippincott, collaborated on the 2011 redesign of the logo, the one we know and love today which still features the twin-tailed siren denoting the brand’s ties to Seattle and the sea. 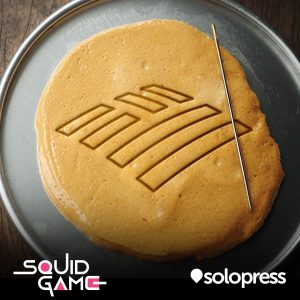 The most recent Bank of American logo designed in 2018 by Lippincott, although clean, minimal and optimised for digital use, features six interlocking stripes, presenting a daunting endeavour for anyone planning to take on this design with their Dalgona candy and scraper. Representing the facets and colour palette of the USA flag, this logo is not one to be underestimated during your next Sugar Honeycomb challenge. 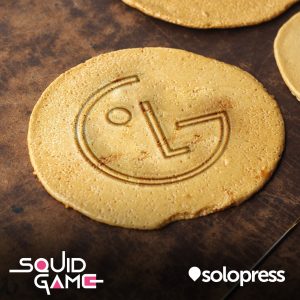 Founded in Korea, the country in which Squid Game is set, L.G is one of the most reputable technology brands on the globe. Futuristic, minimal and stylised, the LG logo is one that never goes unnoticed. The circular shape formed by the letter’s L and G symbolises the world, future, youth, humanity and technology, all integral parts of the brand’s identity. With three unique elements detached from one another, this seemingly straightforward design is sure to bring frustration when it comes to that all-important game. 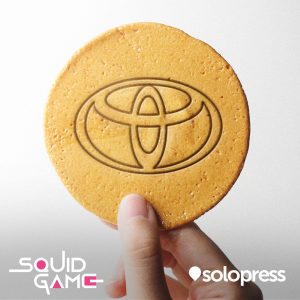 Brought to life in October 1989 to mark the brand’s 50th anniversary, the original three-oval logo for Toyota took a staggering five years to develop. On 20th July 2020, a new logo and bespoke typography were introduced, built upon the four pillars of forward-thinking, mobile-ready, a premium feel and consistency. The logo boasts a simplified two-dimensional design adapted to excel in both the digital and physical world, yet its interlocking oval motif remains, making Honeycomb challenges significantly more interesting. 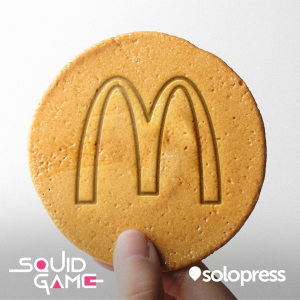 Inspired by the architecture of the company’s first restaurants, the world-renowned McDonald’s emblem featuring two golden arches was created in 1961, used within the brand’s logo and adapted into the distinctive ‘M’ it is today over the years. Requiring masterful carving skills and an inhuman level of concentration to cut out during a round of Sugar Honeycomb, this beloved fast-food icon should be handled with caution. 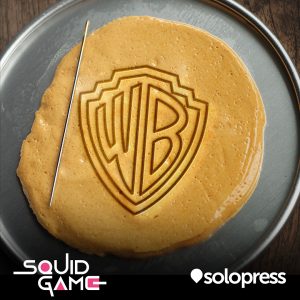 The first iteration of the Warner Brother’s logo was a shield with the iconic capital W and B in the centre however, its simplified, royal blue 2020 design met negative feedback from fans, with 89% of consumers saying they preferred the old logo. Throughout the years, the design has retained its instantly recognizable status whilst being subtly adapted for different feature films with over 200 variants of the logo being created in the past 15 years alone. Thinking you could take the win with this bold shield design? Think again! The stepped edges of the latest design create a level of intricacy that pro Sugar Honeycomb players can’t compete with. 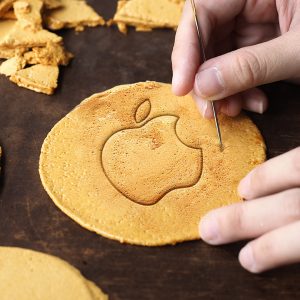 Apple’s logo was designed to reflect the “fruit of creation” according to founder Steve Jobs. Evolving from a highly detailed Isaac Newton portrait to the crisp, sophisticated, metallic icon we know today, the Apple logo is synonymous with possibility and innovation. Ranked as number ten on the list of iconic logos to avoid during a game of Sugar Honeycomb, Solopress estimate that players might just be able to complete the world-famous emblem before the buzzer sounds. You may just find that melting the candy using the licking technique from the series seriously increases your odds!

With the TikTok craze set to continue, and thousands of viewers being terrified yet thoroughly gripped by Netflix’s Squid Game, social media users can expect to see countless interpretations and brave attempts of the viral Sugar Honeycomb game in the coming months.

With a fresh yet brutally challenging take on the game provided by Solopress, only one question remains… are you up to the challenge?