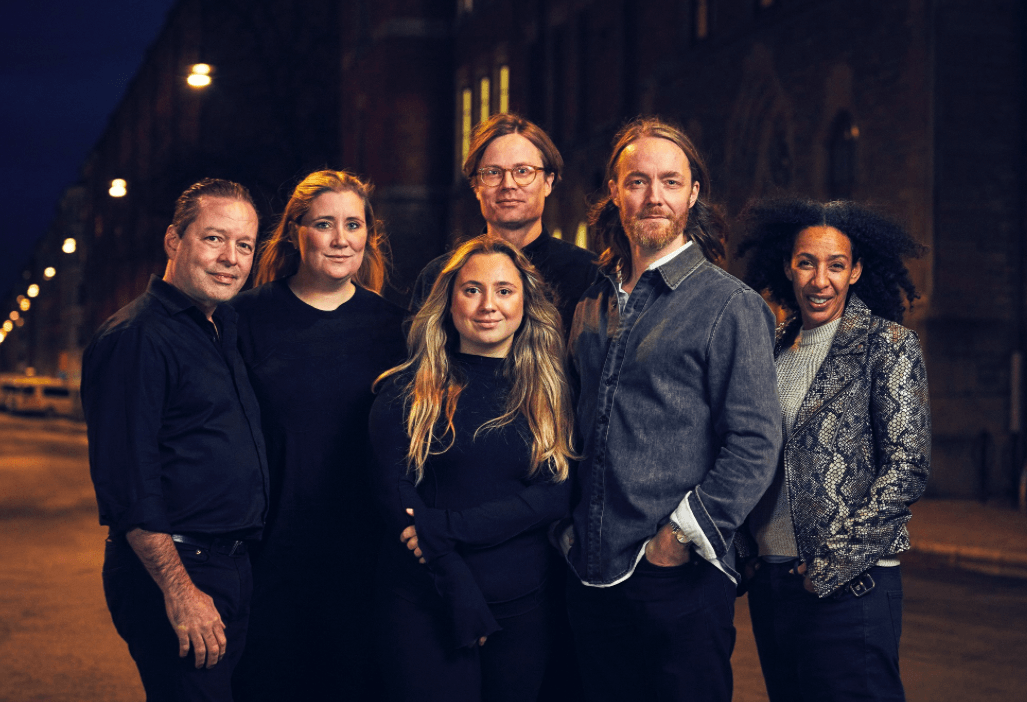 Boasting a brand new personnel structure to the startup, new hires include Kristofer Åkesson, Jonas Thulin, Rickard Nilsson, Kristina Tunkrans Lidehorn, Alviva Stolpe and Sofia Stefanovic – all of which arrive with unrivalled industry expertise and experience, perfect to help continue the journey in building the greatest concert catalogue in history – Staccs. With strategic plans to scale the startup, the new team will work collaboratively to develop the platform in what will soon be considered a global player that will change the way fans consume music TV content.

Leading the charge on the launch of Staccs Originals is Kristofer Åkesson. He joins as Head of Staccs Originals, who is best known for his time at Live Nation Sweden as Marketing and Communications Director. Having recently exited tech marketing company Society icon, as COO – Åkesson will be tasked to oversee and lead the brand new production arm of Staccs that is set to deliver exclusive and original content spanning concerts and documentaries, through to new formats of music programming.

Åkesson has already set in motion the plans to kick off the new creative production suite. Staccs Originals will begin to produce and release its first original content during the first quarter of 2022. First focusing on high profile Nordic artists, the creative team will plan for stripped back and exclusive live sessions, as well as recording behind-the-scenes content, interviews, documentaries and much more.

With over 30 years of music industry experience, Jonas Thulin joins Staccs as Head of Business Development & Partnership Relations. The former Universal Music and United Stage exec will be responsible for securing new partnerships with repertoire owners, labels, artists and much more – as well as help to develop Staccs’ brand positioning within the market.

Newly appointed as Head of Artist Relations is Rickard Nilsson. He joins from concert and festival promoter giant, FKP Scorpio. Within his new role at Staccs, Nilsson will develop strong relationships with talent and be central to the coordination between all stakeholders. In addition, Kristina Tunkrans Lidehorn will join the exec board in an advisory role. She will bring a wealth of expertise and know-how with her background as the former Chief of Music at Epidemic Sound, CEO of music publisher, PRDM and General Counsel at Swedish TV Network, TV4. Her insight will be invaluable for the continued growth and success of Staccs.

Other key appointments include Alviva Stolpe as CFO, who is leaving her role as CFO at medtech company Coala. She will be responsible for managing all the financial actions of the startup. And Sofia Stefanovic joins as PR & Marketing Coordinator, who will work closely with the team on an integrated PR and communications strategy that is aligned with business objectives.

Anders Tullgren, Chief Executive Officer of Staccs, commented: “These are dream recruitments for us. We realised early on that we shared the same vision of what Staccs can be, and how Staccs Originals, with original productions around concerts and new music TV formats, is something long-awaited by all. There are still large elements of the music industry that are not digitised and therefore not monetised in a way that enables rights holders and artists to generate sufficient revenue from recorded video content – our product fulfils this potential. These strategic hires reflect a game-changing moment for Staccs.”

Kristofer Åkesson, Head of Staccs Originals, added: “Staccs does what no one else offers – providing an on-demand service for music fans to relive those magical concert moments – during a time where we have seen a focus towards streaming live music, due to the pandemic. There is an opportunity beyond live-streamed concerts and therefore it was an easy decision to join Staccs. 15 years ago live music DVDs accounted for 8 per cent of the entire music industry’s total physical sales – this is something that no longer exists as a result of digitalisation, however there is still an appetite for this. I will be helping to build original content focused on concerts, documentaries and new formats for all types of music lovers – which will complement the rest of the incredible content on the platform. We are on a mission to build the MTV of the 2020s.”

Kristina Tunkrans Lidehorn, board member at Staccs, said: “As a lawyer in the media and music industry for many years, I have seen both the challenges and opportunities of digitalisation linked to intellectual property rights, and Staccs really represents a big number of unique and new opportunities for rights holders in the music industry. I look forward to contributing my experiences and above all being part of the journey ahead for Staccs.”

Having recently launched in the Nordics and Baltic states, Staccs has created a platform which will stream high-quality, premium video and audio content – all available in one place. Details of a UK launch will be revealed later.

Staccs opens up new, untapped commercial opportunities for the music industry with its user-centric business model – offering artists and rights holders a new revenue stream to market classic video content. The new home for concerts on demand, Staccs will offer fans the chance to relive their favourite gigs advert free in the highest quality possible.