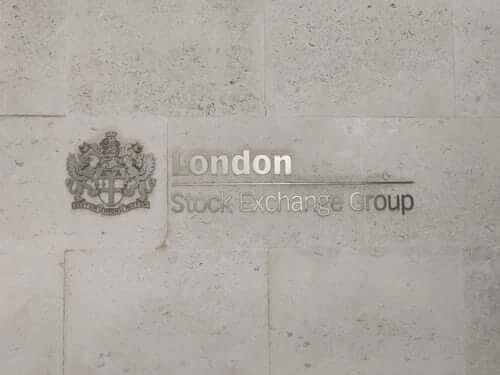 Affiliate marketing isn’t always just a father and son operation. Sometimes affiliate companies go so far as to take it all the way, becoming publicly listed companies on the world’s largest stock exchanges. For anyone looking to learn about what it takes to grow your business as an affiliate marketer you would do well to look to these companies for some inspiration.

XLMedia is no stranger to the iGaming scene. In fact, this company had its IPO a full seven years ago, back in 2013. This was after significant revenues in the preceding year: no less than $34.5 million. Since then, the company has acquired many smaller companies to add to their value, including a UK-based sports betting affiliate site, DAU UP, and greedyrate$.ca.

XLMedia was the first super affiliate to list…The company is primarily an iGaming affiliate producer, driven by proprietary technology solutions, however they also are across other verticals such as personal finance. XLMedia is listed on the London Stock Exchange, and while their share price has dropped significantly over the past 2.5 years, the company boasts 2000 websites over 23 countries and 600 different affiliate partners.

Better Collective is a super affiliate that is across iGaming but focuses more (for the most part) on sports betting affiliate sites. The company was founded back in 2002 by partners Jesper Søgaard Christian Kirk Rasmussen and has since gone on to acquire no less than seven different companies. In 2015, the company won EGR Affiliate of the Year and in 2018 was listed publicly on the NASDAQ Stockholm stock exchange.

With a range of high performing sites under their brand, Better Collective has gone from strength to strength. The current share price is at an all-time high, which represents a strong belief in the company to continue to grow. The company currently employs over 400 staff in 12 offices around the world. Not bad for a company started by two friends!

Catena Media is an ambitious ‘lead generation’ company that has presence across the iGaming, sports betting and personal finance verticals. Founded in just 2012, the company now has seen 102.8 million Euros in revenue in 2019 alone. Their mission is to deliver high-quality leads at a low cost to their clients and they represent themselves as a ‘startup at heart.’

The company, like Better Collective, is also listed on the NASDAQ Stockholm stock exchange, and their share price fluctuations have steadily followed those of XLMedia, with a high in mid-2018 through to lows that are now hopefully picking up. To reach the revenue targets expected of a listed company, Catena Media went on a buying spree and gobbled up all the smaller players, site by site. With over 400 employees across eight different worldwide locations, including their headquarters in Malta, the company is proud to be a leader in the iGaming affiliate space.

Rounding out our list of publicly listed super affiliates is Raketech, another affiliate working in the iGaming, sports betting, and personal finance verticals. How do they keep their presence in the space? With a “focused team of in-house SEO experts, content editors, designers and web developers, who work together to ensure … websites are well-optimised and aligned to cover the latest trends and online search queries.”

So Serious for Affiliates

Founded in 2010, they have gone on to win EGR Casino Affiliate of the Year in 2016, acquired 22 different companies along the way, and launched publicly on the NASDAQ Stockholm stock exchange in 2018. The company employs over 100 people from 19 different nationalities. Currently, the company is somewhat slumping on the stock exchange, however there are high hopes it will pick up.

How Did They Do It?

How did all these companies manage to get so big and bold? It’s a combination of investing in technology, knowing the iGaming landscape as well as the laws, and taking opportunities where they lie. If you can also do these three things within your affiliate business then you will be more poised for success. It’s entirely possible to dream big and truly achieve those dreams if you have solid plans, a good work ethic, and you’re in a lucrative affiliate industry.