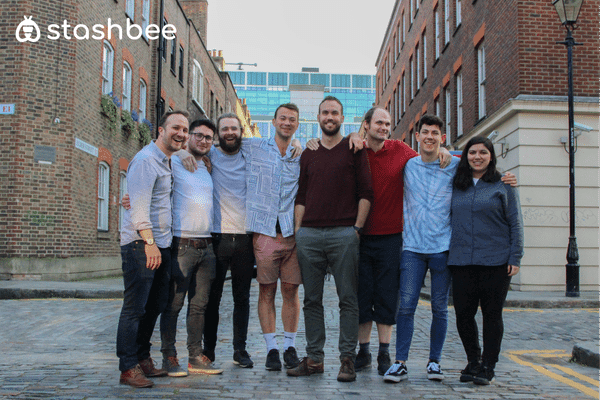 Stashbee, the online sharing-economy platform for storage space, today announces that it has closed a £2.5m equity investment round from 886 investors on Seedrs. Having smashed it’s initial target of £1.6m in a number of hours, in just four weeks the campaign overfunded by over £900,000.

This is Stashbee’s second investment round on Seedrs, having previously raised over £900,000 in investment on the platform. Stashbee has committed to using the funds raised from this round to capitalise and build upon the impressive growth it has seen in the UK in the last three years.

June 2019 also saw Stashbee enjoy it’s biggest ever month for on-boarding storage space. It flew past 1 million square feet of bookable space on the platform, making Stashbee the 6th largest storage provider in the UK. June was also one of the Company’s biggest ever sales months; more than doubling the new sales it made in May. This took Stashbee past another major milestone, with annualised customer payments surpassing £1m.

Stashbee is the UK’s largest marketplace that helps individuals and businesses access secure, hassle-free storage space, whilst offering an easy way to make cash from idle space. The Company also enables businesses with spare space to rent it out via their platform, forming a growing network of warehouses and commercial spaces listed on the platform. In just 3 years, Stashbee has had over 18,500 hosts and guests register to use the platform, with their host network growing at over 70,000 square feet per month, the equivalent of over 2 self storage facilities.

Stashbee Co-Founder David Mantle, said: “June was such a remarkable month at Stashbee HQ we’ve taken to referring to it as the “4 Million Month”! We smashed record after record, and once again we were delighted to welcome so many customers and champions of our business as both customers and shareholders as we build the #1 global destination for storage. We have been humbled by the support and can’t wait to show everyone’s what’s next.”