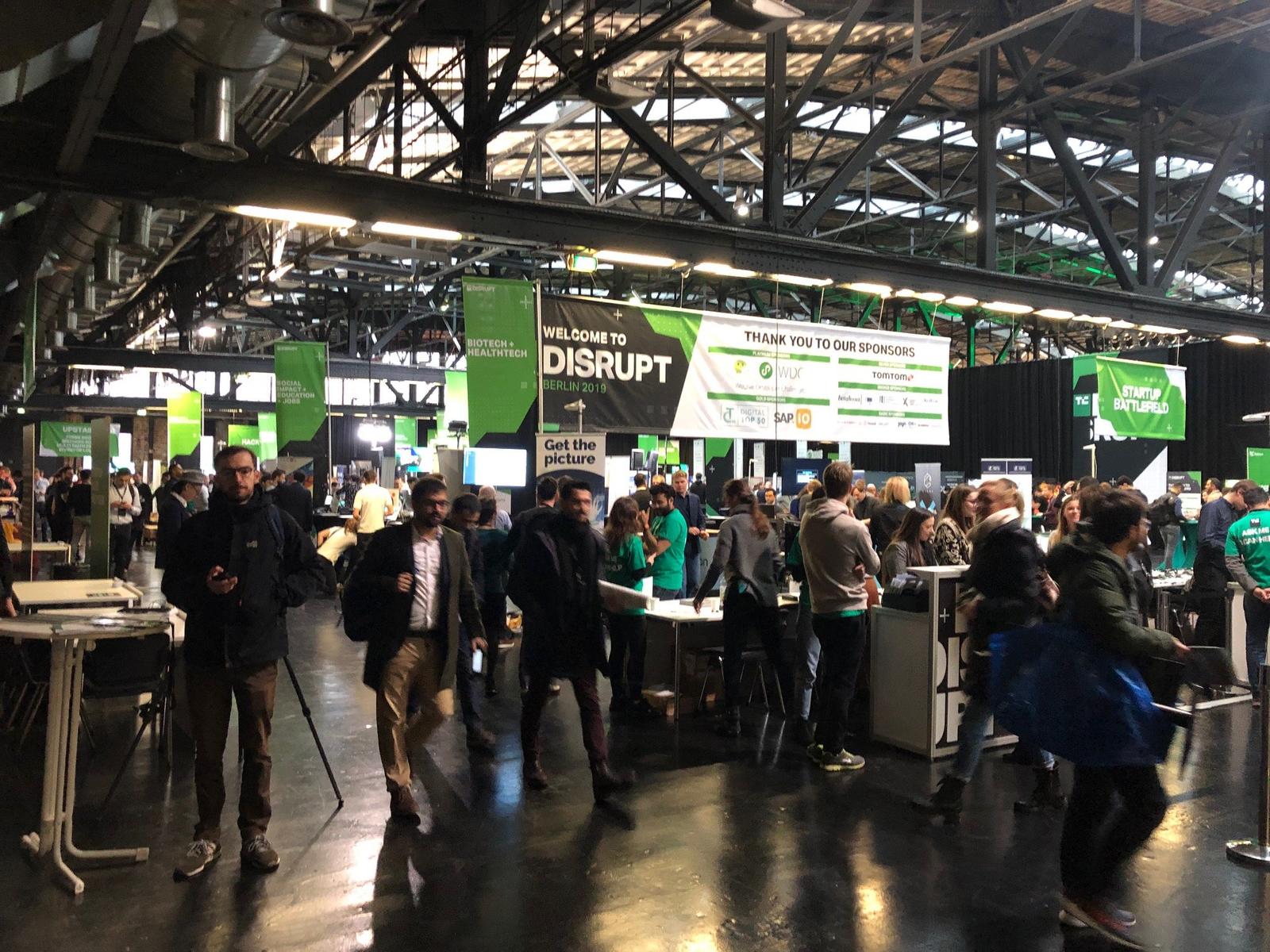 The event also offered up a whole host of exciting new startups to explore; helping to innovate healthcare, communication, finance and more. Startups from across the globe were set up on stalls on the first floor, showcasing their products and services throughout both days of the event. Some of these companies included:

Those listed above are only some of the many fantastic startups that attended Disrupt, with more on TechRound’s favourite Disrupt startups to be released soon. 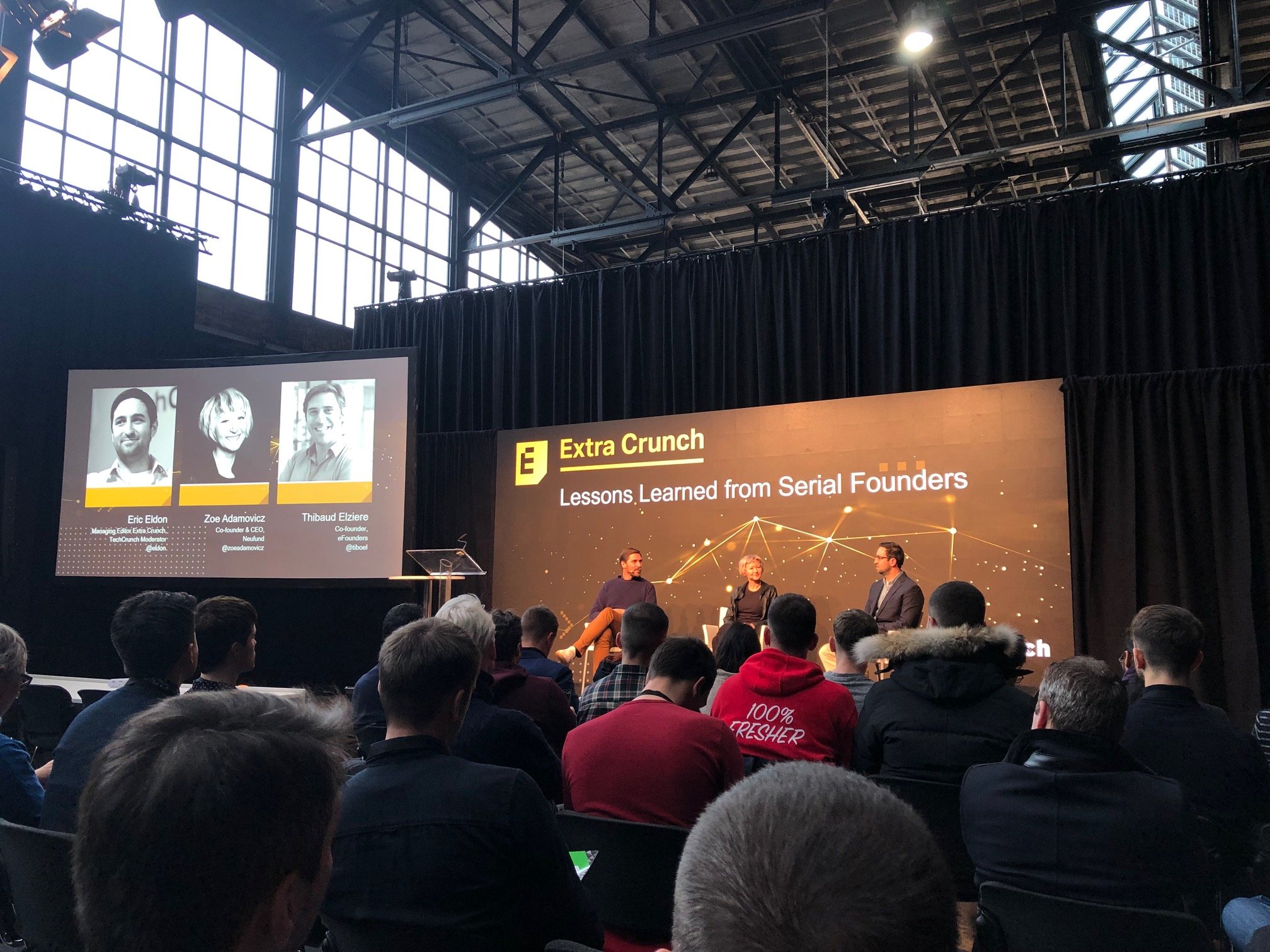 Disrupt also had a whole host of exciting talks covering a wide variety of topics; from How to Build Sustainability as a Business to How to Brexit as a Startup and How to Build for the Virtual Economy.

At the Extra Crunch stage was also a talk on Lessons Learned from Serial Founders, with Neufund’s Zoe Adamovicz and eFounder’s Thibaud Elziere (pictured above). The two discussed their history founding companies, their fears, challenges, and how to tackle these alongside TechCrunch moderator Eric Elden.

When asked about the biggest lessons they have learnt as serial founders, Adamovicz claimed to “take time. That was my lesson. Surround yourself with people who support you. The founder is not the owner of the idea, or even a builder of the idea. I think the founder is just the initiator and the effort is the efforts of a bunch of people around you.”

Whilst Elden stated that: “it takes time to build a company, and even after a few years, you see that you always have a chance to better your company.”

The talks hosted at Disrupt offered valuable insights into the world of starting up your own business, alongside some interesting stories of how successful businesses started out, the ideas behind them, and their future plans for success.

All of the talks were also transcribed by the innovative platform Otter.ai. Through this platform, users have access to transcriptions of all the talks, which identified the different speakers and separated these throughout the app’s script. 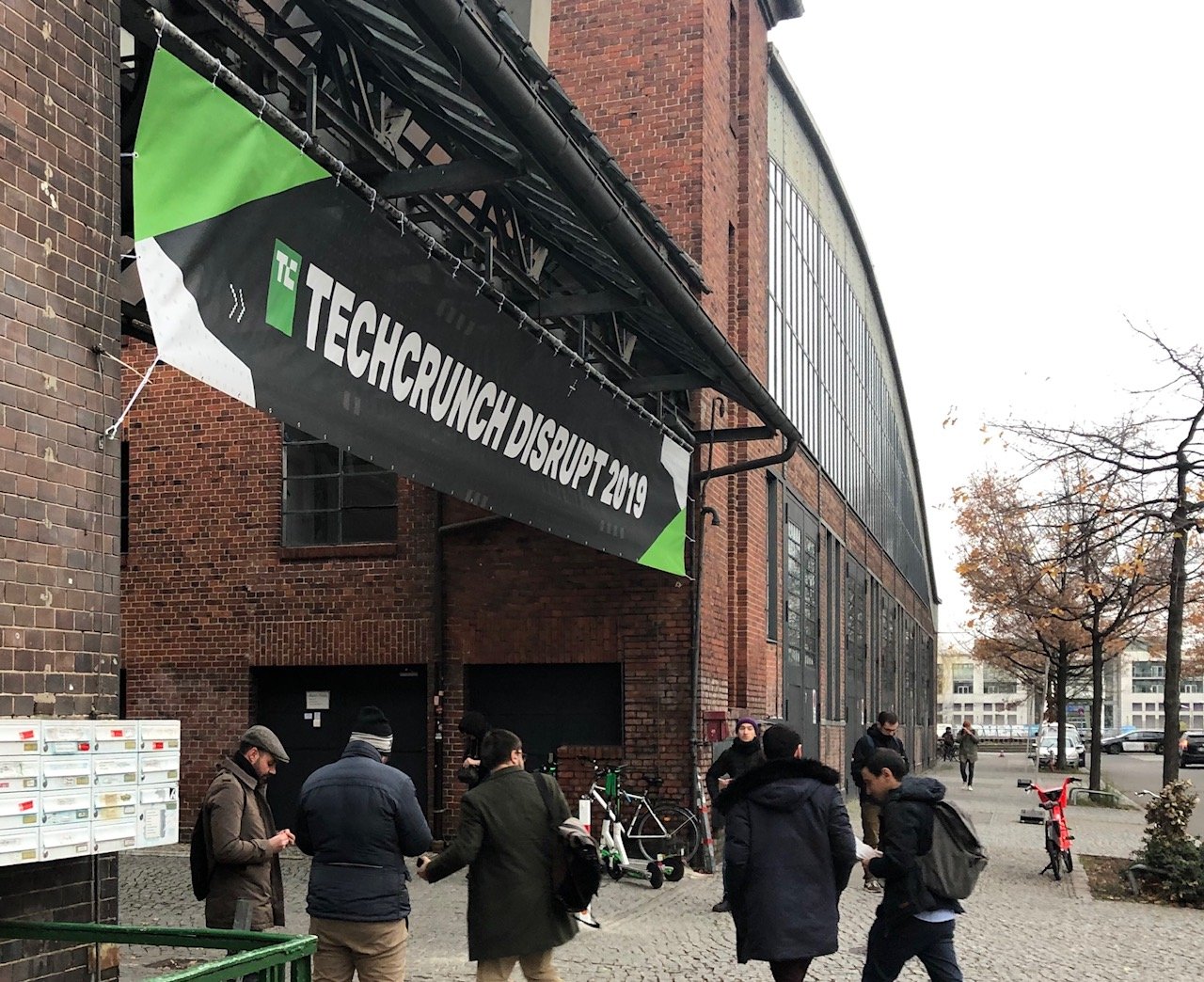 TechRound’s first visit to Disrupt Berlin was as insightful as predicted, providing a fantastic insight into the startup world, and all the different facets of the journey that comes along with it. We hope to see you next year!