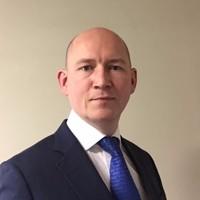 It’s a well-cited fact that Africa has struggled to attract foreign direct investment (FDI) historically, due to the absence of an established financial infrastructure, changing regulations and other challenges. Yet, foreign capital is particularly crucial in Africa; though inflows are small by global standards, the ratio of FDI to GDP is high. FDI accounted for 5.1% of Africa’s GDP in 2015, compared with 2.4% from the UK.

Over the last few years, it hasn’t escaped the world’s notice that Africa has market conditions that are ripe for fintech innovation and investment. Trade between the UK and Africa increased by 7.5% last year to £36 billion. The UK is already one of the largest investors in Africa. This is in part thanks to Britain’s work supporting African countries in their ambition to stimulate long-term economic growth. It also demonstrates UK investors’ recognition of the unprecedented opportunity that fintech provides.

While the fintech revolution is being fueled primarily by the continent’s three main tech dominators – South Africa, Kenya and Nigeria – Rwanda, despite its small population, is positioning itself as a profitable commercial hub. Its ease of doing business has been ranked second on the continent, and it has one of the fastest-growing economies in the world at 8.5% growth in 2019.  2020 is an important year for UK-Rwanda relations in particular. During the UK-Africa Investment Summit, UK Development Secretary Alok Sharma announced an  additional £6 million for financial sector development work in Rwanda, which will boost the availability of finance for local businesses in emerging markets. The new Financial Sector Deepening Platform will also provide £320 million in UK aid over the next five years, supporting a further 22 million people and 3.9 million small businesses across 45 countries in Africa. This will support new entrepreneurs and new business ideas, while fintech development aimed at consumers is creating access to financial services for many who were previously unbanked. The result is a population with better access to credit, savings accounts and less expensive payment methods, all of which have a significant effect on economic development.

By meeting the huge demand for sustainable and innovative investment, the UK is creating an environment for small businesses to grow and new technologies to develop where it has historically been lacking. Barriers that previously deterred international investment like the high risk and cost of investing in emerging and frontier markets are receding. Fundamental elements like the conversion of foreign investment to local market currency – previously complex and expensive – are being addressed to encourage international trade. Developments in the industry across the board are opening up access to new markets and, in turn, supporting greater access to financial services and financial inclusion.