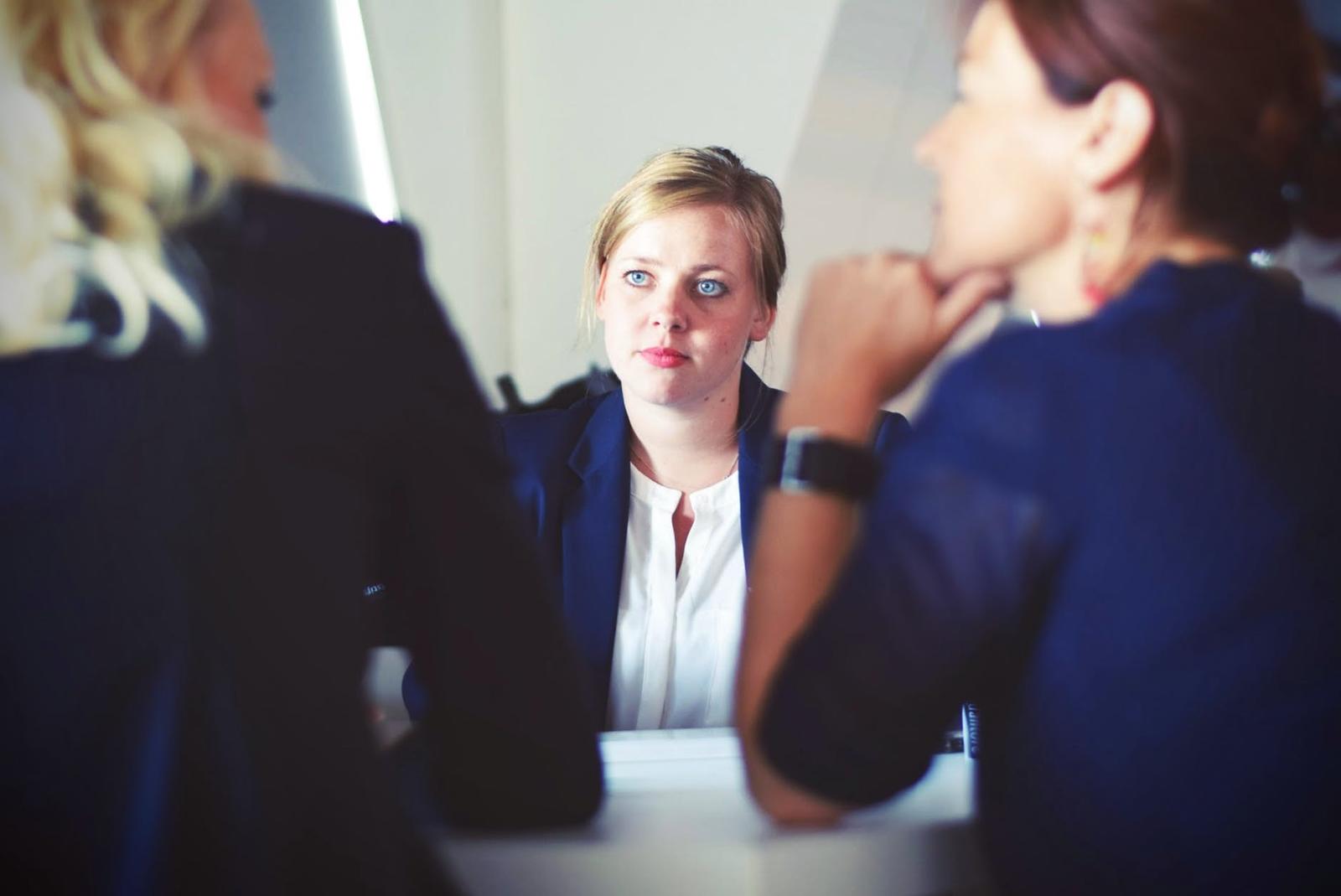 Northern cities are most at risk of job losses because of automation, according to new research statistics by the Office of National Statistics (ONS) show.

A total 741,219 jobs across the North are at high-risk of automation and over a third of these roles (267,888) of these are within cities. This means over half the jobs in England deemed high-risk are in the North (51%). Locations such as Hull, Newcastle upon Tyne and Leicester, and are some of the places where a proportion of over 10 per cent of jobs are at highest risk of automation, with the city of Hull totalling the most at 12,856 roles under threat.

Further analysis of the data looking into the predictions of occupations in England and skills needed for the future was conducted by Flexioffices to forecast if England is facing a potential skills gap in the future, due the increasing use of AI and automation.

The North most at risk

The North has seven out of the top 10 cities considered at high-risk of automation. Yorkshire and Humber’s average proportion of jobs at high-risk is 10 per cent followed by both the North East and North West at nine per cent.

In England the city with the highest proportion of high-risk of job automation is Hull with an estimated 13.5 per cent of jobs (12,856 roles) potentially falling fate to technology. In the North West, Preston has 13.3 per cent roles at high-risk, followed by Carlisle with 12.4 per cent.

The data not only shows which areas have the highest proportion of roles under threat but how many jobs that equates to, Leeds has the highest number at 27,180 followed by Birmingham at 24,381 and then Manchester at 17,301, this is likely to the bustling restaurant and bar scene as well as surrounding countryside for farming.

According to the data around 1.5 million jobs in England are at high risk of automation. Low-skilled roles are most at risk with the North occupying the highest proportion of these types of roles.

England’s most at risk job is waiters and waitresses with a massive 73 per cent facing probability of automation, other roles such as bar staff (71%), catering assistants (69%), cleaners (68%), taxi, bus and train drivers (61%), construction workers (59%), telesales (58%), retail workers (64%) as well as bank and post office workers (59%) are most likely to be made redundant in the not-too-distant future. 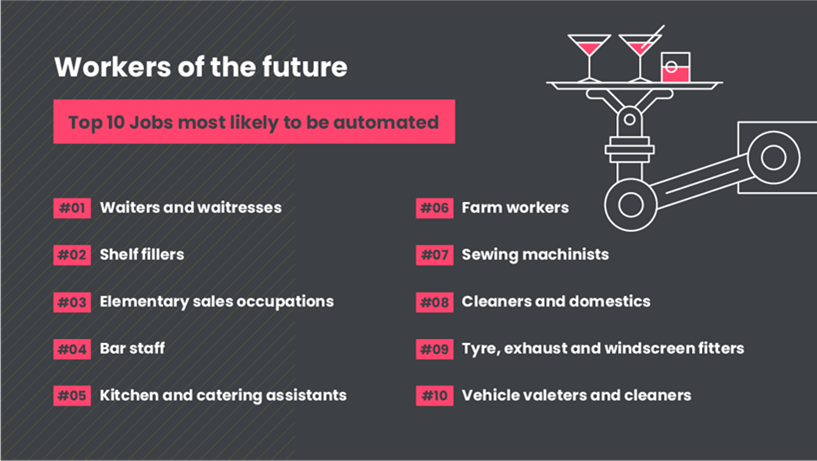 Michael Dubicki, Business Director from Flexioffices comments ‘The ONS provided a startling prediction when it comes to roles being automated, we’ve seen a huge change in attitudes towards flexible offices in the last year, we’ve seen significant growth over 2018 of course in the capital but across the UK also. With the rise of tech roles and flexible working in demand, we can only predict that how and where people work will change in accordance and Flexioffices is at the forefront of new ways of working.”

Can the North avoid losing jobs?

The only way to stop the North succumbing to job loss through automation is for more people from said regions moving into high-skilled roles, which will require businesses up-skilling their workforce by nurturing existing talent as well as providing adequate training and development opportunities.

According to online training and learning management providers Virtual College, their data currently shows that businesses are investing in essential training for their workforce such as GDPR and data protection rather than personal professional development courses that would upskill their staff’s offering and make them an asset to their company. The most popular course being The Essentials of GDPR Course, with businesses buying a total quantity of 3,415 since May 2019. Compare this to other up-skilling courses they provide such as Customer Care, Professional Boundaries and Completing Application Forms which only saw a total of 280 purchases from businesses.

Daniel Nolan Learning Technology Consultant at Virtual College explains ‘The pace of change in our world is increasing with the influence of technology, the organisations that see this as an opportunity to create a more agile workforce will be the companies that come out on top. These companies will make the environment a priority and put their culture and employees before the bottom line. They will find the right balance between short term needs and a long-term focus. If organisations get this right, we will have a truly Change Agile workforce able to drive innovation and embrace the future.’

In most of our lives our companies force us to spend almost a 100% of our time in the performance zone and then are surprised when they can’t get the leaps in innovation that they really want to see. If we can redress this balance and create space for our people to spend more time in the learning zone, we will all start to see the benefits.’

Future generations should be warned to consider their job prospects now and consider going to university or to study for a professional qualification.

According to the Universities and Colleges Admissions Service (UCAS) the three English regions with drops in entry rates are also the only three regions with drops in application rates with East of England down 0.4 per cent, the North East down 1.2 per cent and Yorkshire and the Humber down 0.6 per cent. This comes in stark contrast to applications and entry rates in the South with 42.4 per cent of London-based 18 year olds entering higher education.

The main issue England faces is leaving behind the 741,219 Northerners currently in low-skilled, high-risk occupations.