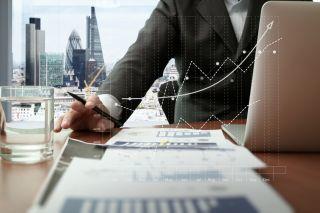 According to KPMG’s latest study the UK tech sector has seen a slowing in growth over the last quarter. The KPMG UK Tech Monitor Index dropped from 54.4 in Q1 to 53.0 in Q2. The index measures the strength of business activity across the tech sector and this figure suggests a softer rate of growth since the start of 2019.

The study suggests that subdued domestic economic conditions are beginning to hold back growth in the sector. This latest figure represents the second-lowest rate of UK tech sector growth for three-and-a-half years.

Many respondents to the survey said that uncertainty surrounding Brexit had led to greater risk aversion, cuts to corporate spending and was partly responsible for the slowing in new business growth.

The study also revealed the pace of UK tech sector employment growth has sowed in comparison with the figures from the same time in 2018. Some firms are suggesting the slower hiring rates are due to a lack of suitably skilled candidates. However, the tech sector still saw higher rates of job creation than the UK economy as a whole.

Worries over global economic prospects, US-China trade tensions, and the unclear path to Brexit were some of the most commonly reported threats to the business outlook. The study reported that the confidence of tech firms has picked up slightly since the 10-year low seen in Q1.

Bernard Brown, vice chair at KPMG UK said: “Delays to business investment decisions and greater risk aversion among large corporates are likely to hold back UK tech sector performance during the second half of 2019, but exporting firms could feel a boost to sales from looser central bank policy in the US and euro area.

“While it is tempting to sit tight, businesses must act with an entrepreneurial and resilient spirit before we’ll see a significant, positive change in market confidence, furthermore reflected in the job market.”