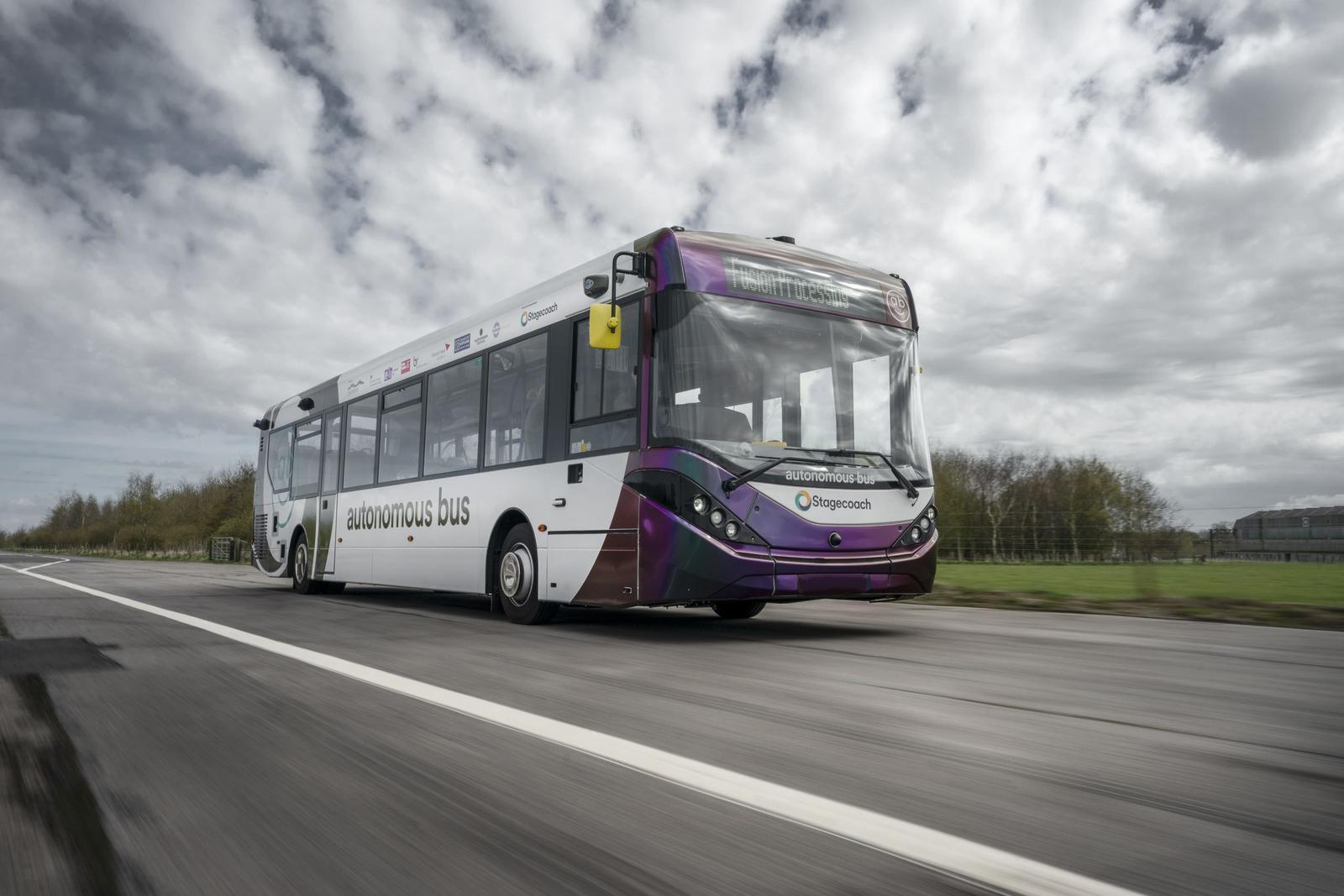 The UK’s first full-sized autonomous bus will take to the roads of Scotland for the first time this week as live testing begins for project CAVForth.

Stagecoach, in partnership with Fusion Processing, Alexander Dennis and Transport Scotland, will be carrying out on-road testing* of the autonomous bus over the next two weeks in preparation for the launch of the CAVForth pilot service in late summer.

The Project CAVForth pilot, which is jointly funded by the UK Government’s Centre for Connected and Autonomous Vehicles (CCAV) will see five single-deck autonomous buses operating at SAE Level 4 over the Forth Road Bridge between Ferrytoll Park and Ride in Fife and the Edinburgh Park Train and Tram interchange. The buses are fitted with Fusion Processing’s ground-breaking sensor and control technology, CAVstar, that enables them to run on pre-selected roads without the safety driver having to intervene or take control. The buses will provide a service capable of carrying up to 36 passengers over the 14 miles across the bridge, with capacity for over 10,000 passengers a week.

The on-road testing in Scotland follows successful depot-based trials, track testing and virtual simulation where the buses have been put through their paces to fine tune the autonomous drive systems.

To help support the delivery of Project CAVForth, Transport Scotland recently opened a section of Actively Managed Hard Shoulder for all buses on the M8 eastbound. It will help to reduce journey times and improve journey time reliability for all buses of 24 seats or more on approach to Edinburgh.

As part of project CAVForth, around 500 members of the public have helped with the implementation of the new autonomous bus service on it, providing feedback on what would make them feel comfortable and confident in travelling. Built on the feedback received, the partners have developed a vision for the new autonomous vehicles, which includes making sure future autonomous bus services still have a member of staff on board.

In a further positive step forward in the project, over 20 specially trained ‘Autonomous Bus Professionals’ are soon to be recruited by Stagecoach from across its East Scotland business. When the service goes live, these experienced bus drivers will monitor the autonomous system alongside a bus ‘Captain’ who will move around the saloon, talking to passengers about the service and answering any questions they may have, demonstrating what a future service might feel like when the staff member is able to leave the cab while the computer does the driving.

Sam Greer, Regional Director for Stagecoach in Scotland, said: “Stagecoach is continuing to look for ways to improve the service it offers to customers, including through major investment in new technology, such as the CAVForth pilot.

“This is a hugely exciting project for Scotland and we are pleased to be starting live testing on roads today. This is a major step forward in our journey to fully launch the UK’s first full-sized autonomous bus service and will provide easy access to a brand-new bus route in the heart of East Scotland.”

Chris Gall, ADL Group Engineering Director, said: “The start of on-route testing is a milestone for our autonomous bus project. In partnership with Stagecoach, Fusion Processing and Transport Scotland, Project CAVForth helps us to explore new technologies that will make buses even safer and even more efficient. As we move towards passenger services later in the year, the project will be a landmark demonstration of future technologies in transport.”

Jim Hutchinson, Fusion Processing Ltd CEO, said “We are delighted to be leading the world’s most complex and ambitious autonomous vehicle programme. CAVForth will provide a useful service to local people as well as being a great demonstration of Fusion’s automated vehicle technology. The buses are fitted with CAVstar, our automated driving system which combines our own hardware and software to create, safe, full-size buses, operating at SAE Level 4. On road testing is an exciting milestone in the development of autonomous commercial vehicles and we look forward to welcoming passengers onboard in a few months’ time.”