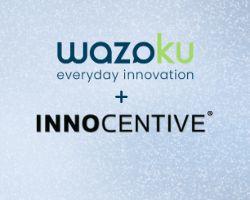 UK-based idea management software and services company Wazoku has acquired its US-rival InnoCentive and announced a new funding round of £1.25 million. Wazoku, which helps clients for the likes of Barclays, John Lewis and the UK’s Ministry of Defence to select their employees for their good ideas, now totals £7.35 million in funding.

The latest funding round was led by Enterprise Investment Scheme and Venture Capital Trust specialist Calculus Capital, alongside with other shareholders and members of the firm’s management team, and it will be used to support the company’s global growth. The news of the acquisition of InnoCentive follows last week’s raise, as well as an earlier 2020 partnership with InnoCentive, and it comes in a prosperous moment or Wazoku.

During this April-June quarter, the company has seen an increase in business and a change in which organisations were using its services, despite lockdown.

“The rapid shift to remote working and the need for engaging dispersed networks as well as the on-going need to innovate and solve problems, has seen a significant increase in demand for both our idea management and open innovation services,” said Simon Hill, CEO of Wazoku.

The acquisition of InnoCentive will support Wazoku’s expansion into the American market and provide its UK customers with full-access to InnoCentive’s services. The US-based open innovation firm offers companies access to a network of more than 500,000 expert problem-solvers, including researchers, scientists, PhD students, engineers, entrepreneurs, business leaders and retired technologists.

By doing so, it gives its clients access to combined brainpower so that they can solve complex innovation and data challenges.

“Our customers have long demanded a platform that integrates internal idea management with external crowdsourcing,” said Alpheus Bingham, CEO and co-founder of InnoCentive. This enables multiple modes of innovation within the same workflow and on the same digital backbone and the combination of Wazoku and InnoCentive capability offers precisely that. No other firm has the experience and capability of crowdsourcing, idea management and open innovation that this combined proposition brings. The possibilities and potential are hugely exciting.”

With a 75% success rate in client problem-solving, InnoCentive has already helped big names like NASA, Enel and AstraZeneca.

Following news of the expansion, Wazoku’s CEO Simon Hill commented: “Adding such a remarkable and proven external crowd to our existing platform means that no other organisation in the world has our reach and experience when it comes to open innovation, crowdsourcing and idea management.”

He described the acquisition as a significant step for Wazoku, which will ensure a stronger and more established presence in the US for the company.

“We will continue to invest in new talent in both Europe and the US, and in product development, but our main focus is on continuing to build awareness of the power of open business models for driving cost-effective and highly impactful business change,” he added.