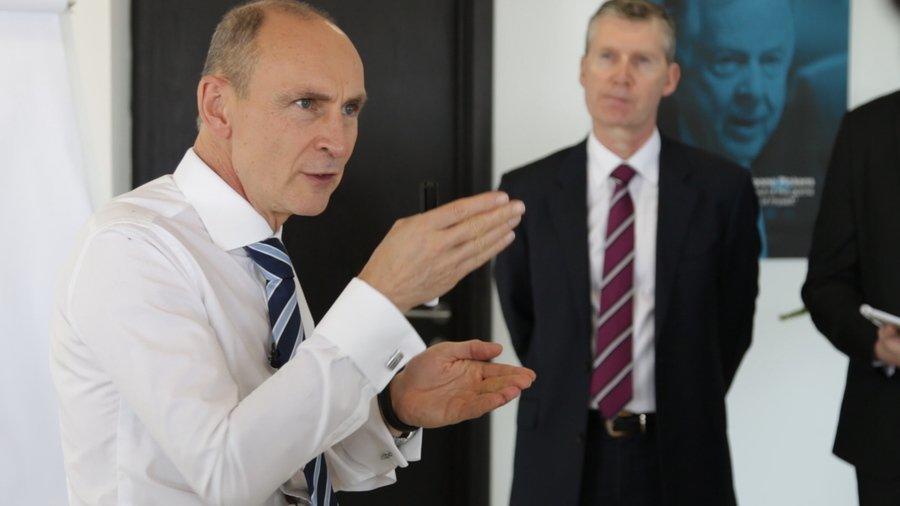 Bitcoin’s price has soared to $10,300 on comments made on Tuesday by the U.S. Federal Reserve Chair – but there are other major factors at play driving the price, which has jumped more than 40% since the beginning of 2020.

This is the warning from Nigel Green, deVere Group CEO and founder, as the world’s largest cryptocurrency jumped more than 4% on comments made by Jerome Powell that the Fed is investing a significant amount into digital currency development.

Mr Green states: “This is further evidence that not only all major banks, government agencies, plus most sectors including tech, entertainment and real estate, are piling into cryptocurrencies – but that central banks are too.

“The previously sceptical Fed has not, until now, admitted how rapidly digital currencies could become a systemic risk to the U.S. dollar’s status as global reserve currency.

“This is a major step in underscoring – especially to those backward-looking traditionalists – that, whether they like it or not, digital global currencies are not only the future of money, they are increasingly the present too.”

He continues: “The development from the Fed comes following news that China – a communist state and the U.S.’s main economic rival – is currently developing what has been described as an all-powerful cryptocurrency. It could be ready this year and be the world’s sovereign digital currency.”

Mr Green goes on to say: “Whilst there will be minor peaks and troughs – as in all markets – I predict the overall trajectory of Bitcoin to remain upward for the next few months.

“Besides increasing institutional awareness and development, other major factors driving its price advance will be coronavirus.

“Bitcoin’s price is likely to continue to jump until the coronavirus peaks because of the growing consensus that the digital currency is a safe-haven asset.

“Its status comes from the fact that it is a store of value, scarce, perceived as being resistant to inflation, and a hedge against turmoil in traditional markets.”

He adds: “Another major price driver will be the next halving event.

“The code for mining Bitcoin halves around every four years and the next one is set for May this year. When the code halves, miners receive 50% fewer coins every few minutes.  History shows that there is typically a considerable Bitcoin surge resulting from halving events.”

The deVere CEO concludes: “The Fed’s public acknowledgement of cryptocurrencies was important, but most investors have already known that major central banks around the world are developing crypto.

“As such, the main drivers for Bitcoin price for the next few months will remain coronavirus and May’s having event.”