Number of Workers Wanting to Work From Offices Halves 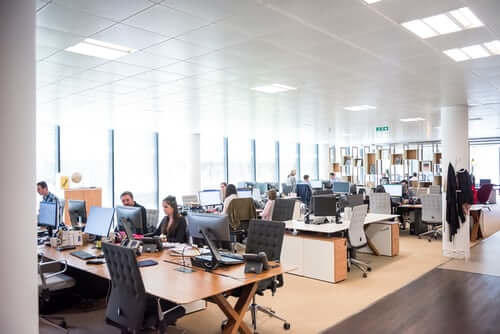 The latest study conducted this September by leading UK job board Totaljobs has uncovered a dramatic reduction in the number of UK workers who look forward to returning to their workplaces. Now less than half the number of workers want to return to the physical workspace compared to an earlier study (25% vs 49%) conducted in June of this year by Totaljobs. The increase in COVID-19 infection rates and continuing uncertainty surrounding the Government’s next steps see the UK a nation fast becoming a nation of reluctant returners this Autumn.

In terms of when workers do want to return, there remains a fifth (20%) who do want to get back into the workplace this month. However, the majority (38%) want to return by ‘the end of the year’. Noticeably the number of women not looking forward to returning has doubled since June. For those who are parents, ongoing difficulties sourcing childcare and the unpredictability of the current situation surrounding school openings are likely to be a factor.

Hesitancy is not a trend Totaljobs sees concerning remote working. More than twice as many workers now wish to continue working from home when compared to earlier in the year (57% vs 23%).

These numbers, in part, are still likely shaped by concerns about safety in the physical workplace and during any potential commute. While slightly fewer people worry about their employer being able to guarantee their safety when compared with June (37% vs 43%) over a third (37%) are still worried about workplace hygiene factors, with a further 34% still not sold on the health & safety practices introduced to get them commuting again.

Gone But Not Forgotten

A final discovery by Totaljobs is the impact the increasing number of redundancies being made has on company morale, with 1 in 10 (10%) putting their lack of enthusiasm to get back into the workplace down to the fact that colleagues that they got along with having been made redundant. Totaljobs has found in previous research that 48% of workers have strong relationships with their colleagues, with 15% going so far as to say they have a ‘work spouse’. With cherished co-workers departing, it is clear to see why the workplace may have lost its lustre for some.

While many employees will be seeking to work from home more frequently, the workplace still has a key role to play across most industries where there is a need to interact and collaborate with colleagues or customers. The challenge facing employers over the coming months is how to balance the needs of those employees who have returned to the workplace with those working remotely. It will become fundamental to establish the right culture, camaraderie, and energy to motivate people within many companies and organisations, however, they might choose to work.

Jon Wilson, CEO of Totaljobs comments: “Today’s figures from Totaljobs show that workers retain serious concerns for their overall safety and welfare as we move into the Autumn/Winter period.

People who return to work in the coming weeks must continue to have reassurance from their employer that their health – and that of their colleagues and family members, is being put first. As employers, it is our responsibility to shape this, following the latest Government advice, and help drive and develop clear, evidence-based plans for the safe return of our employees into the workplace, be it in offices, customer-facing shops, schools, or construction sites.

During times of non-stop change like these, it is understandable that employees are seeking as much stability and predictability as possible. If employers are unable to tune into the mindsets of their staff, they could fall short on planning and communication, meaning serious consequences in the long run with trust and loyalty. Totaljobs research has previously shown that a quarter of workers have become more loyal to their current employer on account of a considered response to the Covid-19 crisis.

That is why regular, clear, and transparent communication between employers and their teams is essential now, more than ever.”