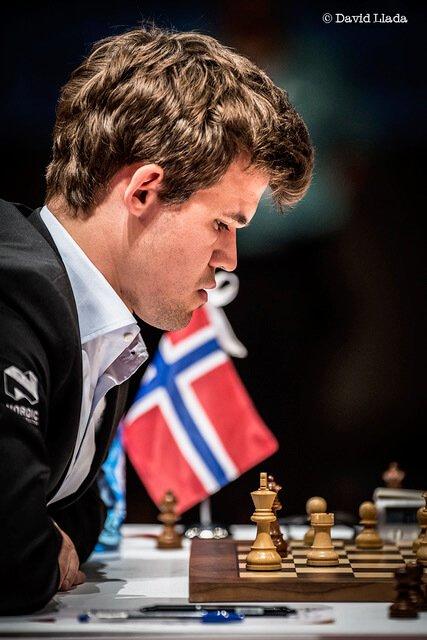 A UK tech start-up that began life as an amateur chess player’s personal tool to improve his game has been bought by world champion Magnus Carlsen’s company.

Chessable.com, the brainchild of psychology student David Kramaley, launched in 2016 with the backing of top US chess trainer John Bartholomew. It has since engaged a substantial and growing user base of loyal fans who love its use of science-based training tools and unique content. Following 28-year-old Carlsen’s defence of his world title in London last year, Chessable’s innovative method also caught his eye.

Top chess players like Carlsen, who recently surpassed his own record as the highest-rated player in chess history, rely heavily on tech to train and prepare for matches. The Norwegian’s firm Play Magnus, a global leader in chess entertainment and education, confirmed today it has now completed the purchase of Chessable. Play Magnus said Chessable shares its vision of creating the premier experiences for playing, learning and watching chess online.

As part of the deal, Play Magnus will make an initial $600,000 of extra funding available to Chessable to take the platform to the next level. Grandmaster Carlsen, world champion since 2013 and founder and shareholder of the Play Magnus company, said he is excited by Chessable’s unique training service and looks forward to supporting the team’s future efforts.

“I am really impressed by what David (Kramaley) and his team have been able to achieve in such a short time,” he added.

“I believe this is a tool that can help players at different levels improve their chess games in an effective way.”

The platform takes learning to a higher level in an entertaining and effective way.

Mr Kramaley said: “To be taken over by the world champion, and arguably the greatest player ever to play the game, is a dream come true for us. We have worked very hard to create something new and innovative that will shake up the chess learning market – and we’ve achieved that. What we have with Chessable is a tool to learn chess openings, endgames and middle-games that we believe is the best there is. It is designed to super-charge your learning in the most efficient way possible, and now the very top players in the world are beginning to take us very seriously indeed.”

Mr Kramaley will continue as CEO of Chessable which will operate as a separate entity. He will report to Andreas Thome, CEO of the Play Magnus Group. With this acquisition, Oslo-based Play Magnus adds a leading chess training platform to its portfolio of products and services. The acquisition of Chessable follows Play Magnus’ March 2019 merger with Hamburg-based chess24, and strengthens the group’s growth ambitions for chess.