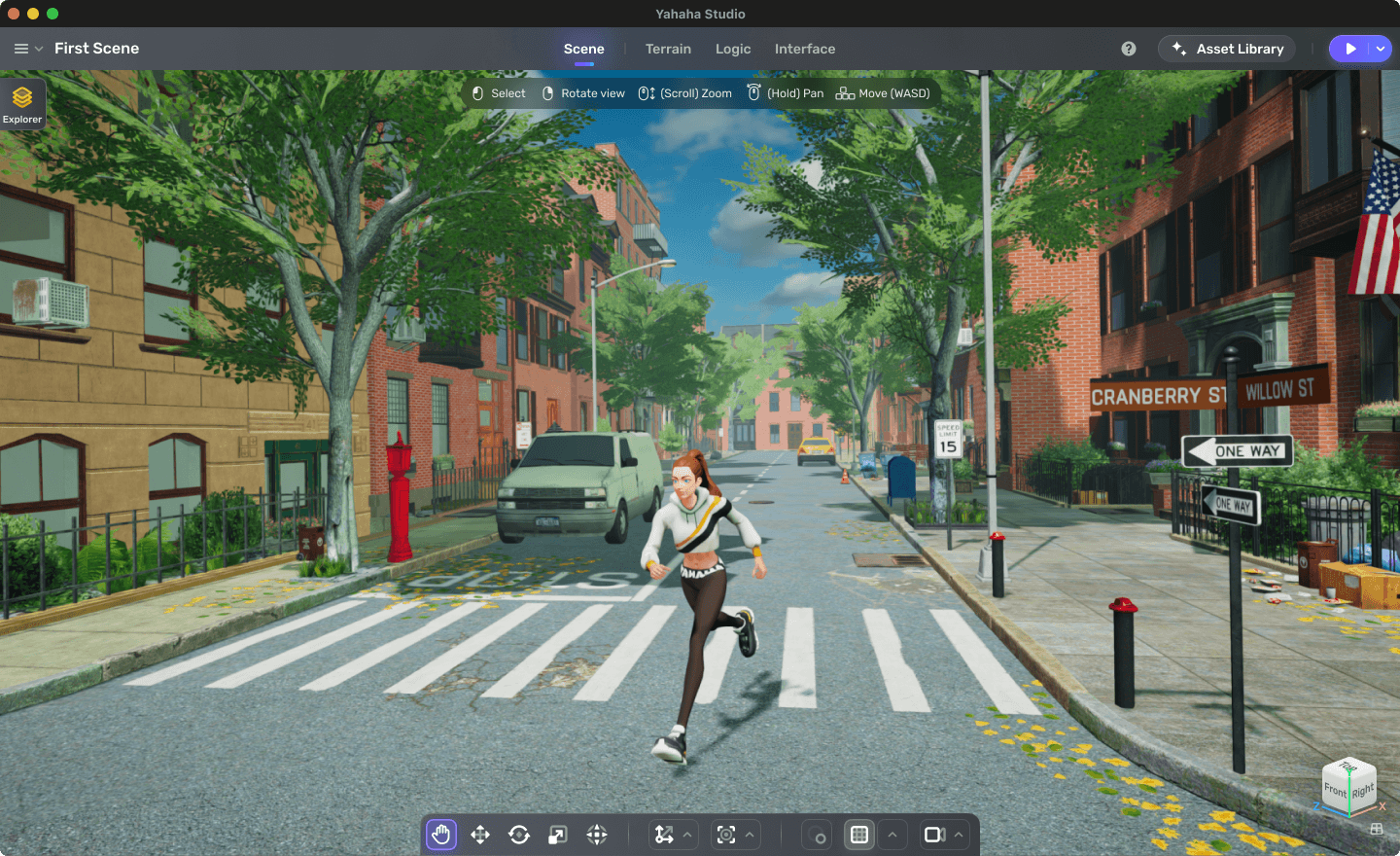 YAHAHA Studios has announced an impressive investment of $50million, following three rounds of funding in six months, as it prepares to launch in early 2022. A metaverse for games, YAHAHA’s new no-code creation platform is pioneering the next generation of entertainment.

Founded in 2020, YAHAHA is a world-class virtual user-generated content (UGC) metaverse where creators come together to combine virtual and real-life in multidimensional ways. Created by a team of Unity veterans, with YAHAHA, developers can build new games or monetise existing ones. With no-code entry levels and thousands of pieces of art available to use, YAHAHA’s interactive studio supports creators with all levels of experience, making it easier than ever to unleash creativity and build games.

Trailblazing a new era for the gaming industry, YAHAHA provides an open and modular set of online services for game development, giving creators the freedom to distribute their games across all platforms, and their players the ability to connect online with their friends. YAHAHA harnesses the power of pre-existing Unity assets and its inbuilt ‘Studio’ tool to expedite development times. Developers can also open up and revitalise their existing games as well as create new ones and users can experience countless virtual worlds using customised cross-game avatars.

Chris Zhu, CEO at YAHAHA Studios, said: “Achieving an investment of $50million is incredibly exciting for us. Founded by a team of Unity veterans, YAHAHA Studios has a key part to play in ushering in the next generation of entertainment as the metaverse continues to grow. Connecting users around the world through virtual entertainment, YAHAHA offers a unique creative and social experience to game developers and gamers alike.

“Through YAHAHA we are empowering creators at all levels, from established developers to those making their first game – everyone can be a creator in our virtual world. We’re really looking forward to fully launching this year, growing our team and bringing the first stage of our vision for the future of content creation to life.”

Headquartered in Finland and with offices housing research and development in China and business development in Korea, the YAHAHA team holds a unique perspective on growth and prioritises inclusivity, diversity and innovation in an open culture. In the run up to launch, YAHAHA will be creating a number of new roles across the business and is actively recruiting for fresh talent.

YAHAHA was founded by Chris Zhu (CEO), Pengfei Zhang (COO) and Hao Min (CTO). With extensive experience in the games industry, the trio is expertly positioned to launch YAHAHA and give users the power and freedom of creation. Last year YAHAHA was awarded the prestigious title of one of the 50 Most Promising Tech Startups by The Information, demonstrating that the industry already sees it as one to watch.

Unity developers can find out more, and sign up now to be part of the YAHAHA revolution, at YAHAHA.com.

A Quarter Of Young Brits Consider Emigrating To Buy A House