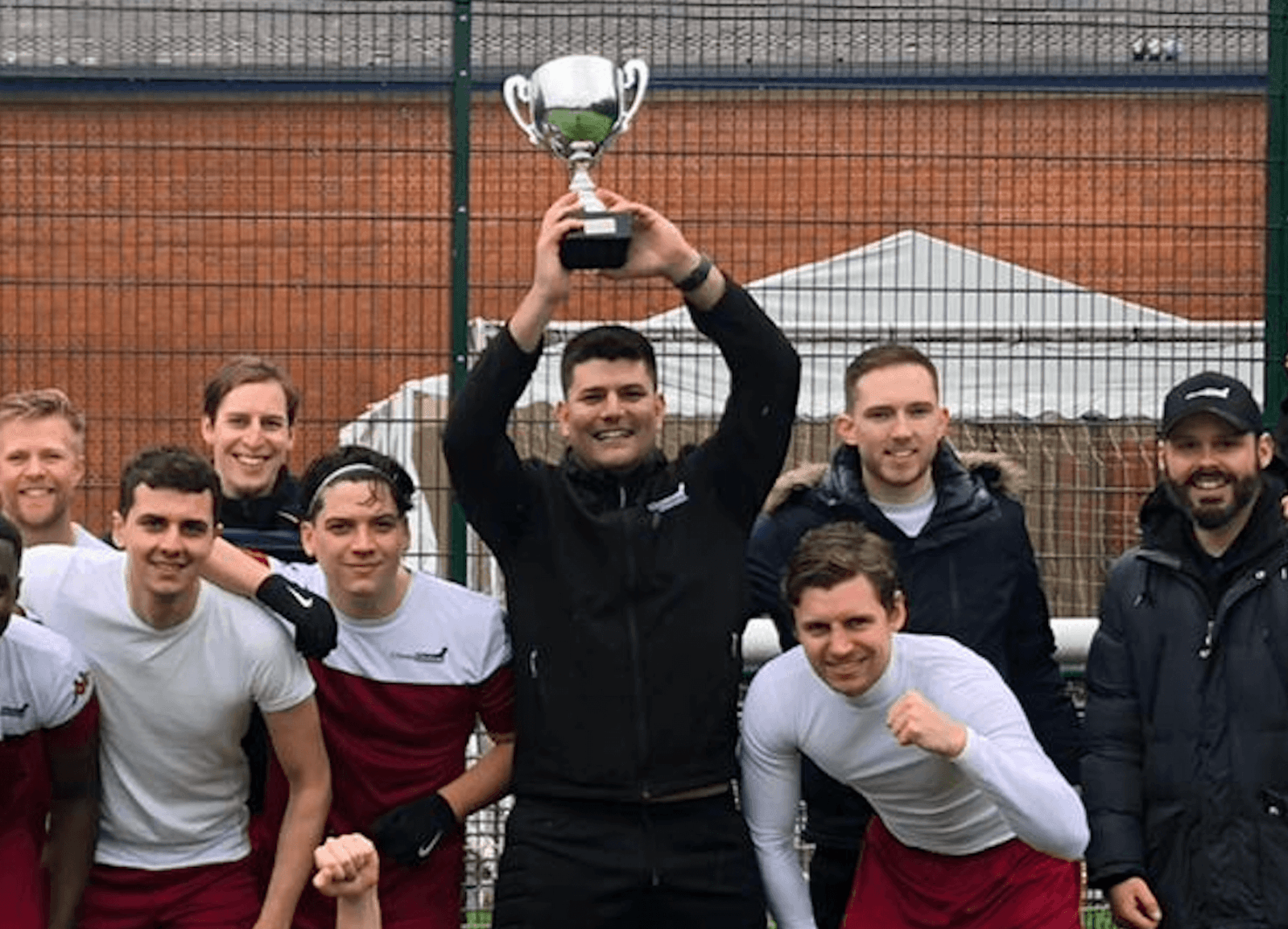 Football fans got their money’s worth in yesterday’s footballing showdown which saw Climb Online beat HRS Recruitment in a 4-3 thriller in Loughton, Essex – part of an Apprentice charity football match in aid of Alzheimers UK.

Fans were disappointed to see that the teams were not managed by TOWIE star Mark Wright or Latino-pop sensation Ricky Martin – but rather two former Apprentice winners/has-beens, including Mark Wright of Climb Online (2014 winner) and Ricky Martin of HRS Recruitment (2012 winner). Climb Online were keen to exact revenge following a 7-1 defeat last year.

The game started brightly with Climb grabbing a 2-0 lead thanks to nice finishes from link building specialist Will – only for a HRS to find the net at around the half an hour mark.

A moment of red saw Climb Online founder Mark Wright get sent off around 40 minutes for a minor disagreement with HRS striker, Steve.

Wright was replaced in goal with SEO account manager, Jamie Beastall and the half time whilst blew.

The second half continued end-to-end, with Climb Online going 3-1 up, before two quick equalisers by HRS saw the game go to 3-3 – with a dubious offside not seen by the referee, like a blind sheep looking for Bo Peep, meets Arsene Wenger “At first I did not see it.”

Finally, the storybook was writen in the stars for rel-canonical specialist Shay to take a spectacular left-footed curler to secure the win at 4-3 with 10 minutes to play. Thus, giving the fans (consisting of Jamie’s reluctant girlfriend) something to write home about.

Upon lifting the trophy, Wright commented that now “He understood how Michael Jordan felt upon winning game 6 against the Utah Jazz” and commended his team for their great work when it came to on-site and off-site ability, including content and link-building. 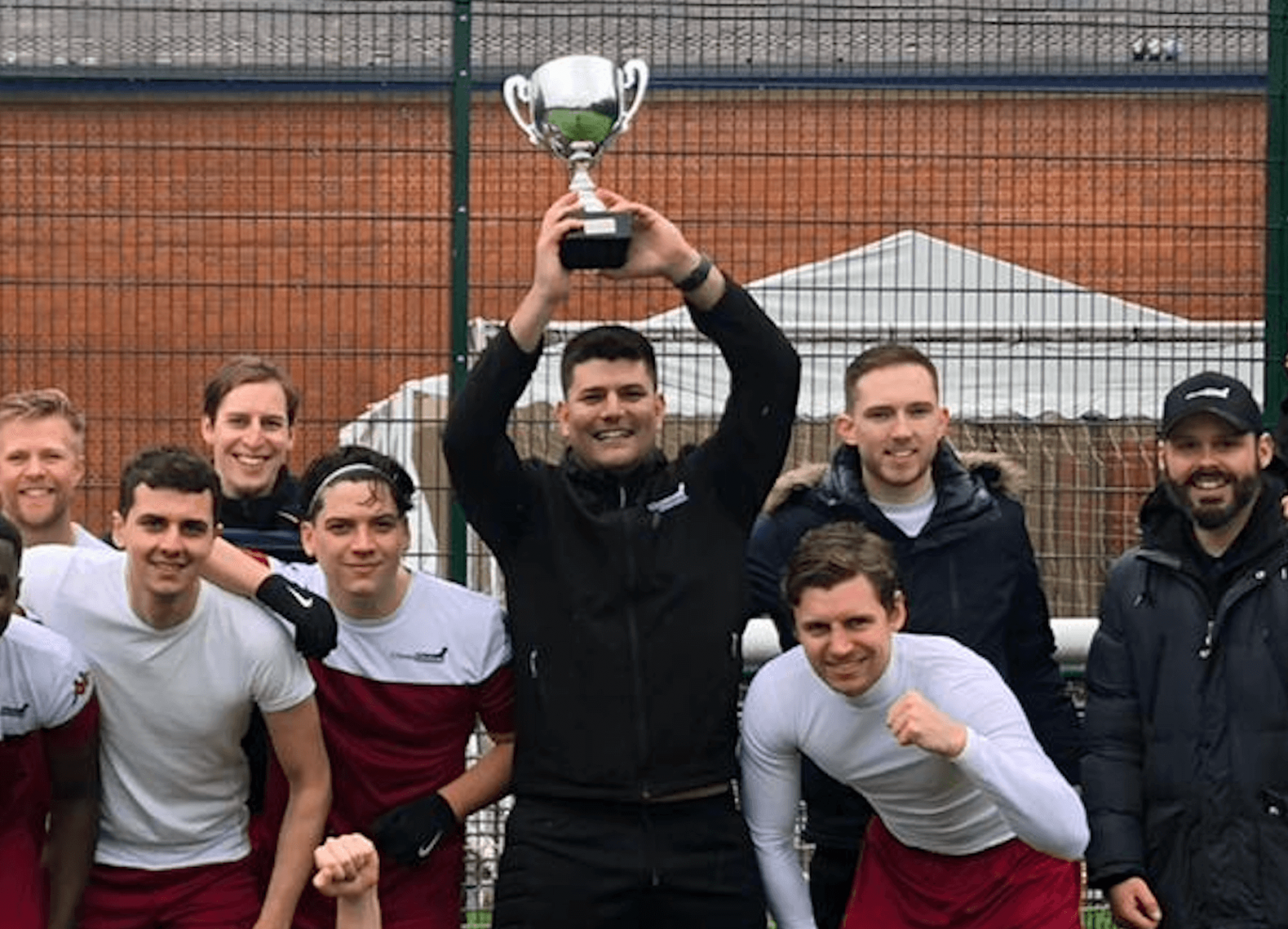