Who is Janusz Korczak? 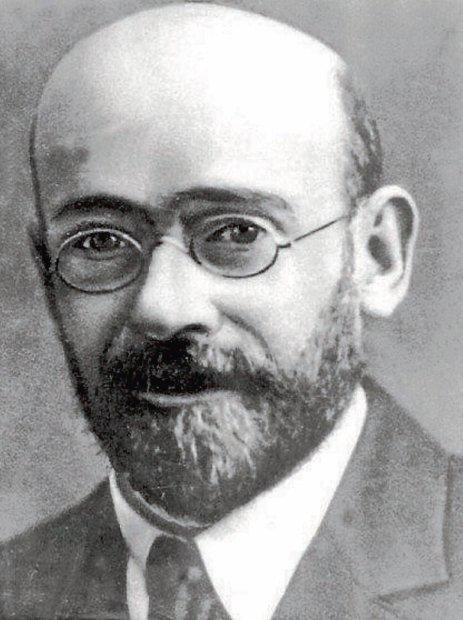 Janusz Korczak, born Henryk Goldszmit, was a Polish-Jewish children’s author, humanitarian, educator and pedagogue who was known as “Mr Doctor” or “Old Doctor”. He was the founder of two orphanages in Warsaw. 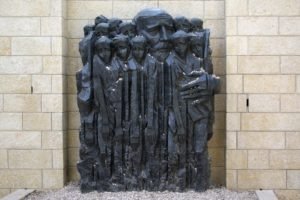 A memorial dedicated to Janusz Korczak and the orphanes, located in Warsaw.

Korczak was born in Warsaw in 1878 or 1879 (dates vary between sources) into a Jewish family. Despite being born Jewish, in his later life he maintained he was agnostic and did not agree with the idea of forcing or preaching any particular religion to children.

In 1898 Henryk took the pseudonym of Janusz Korczak whilst taking part in the Ignacy Jan Paderewski Literary Contest. In the late 1890’s, he began his studies in medicine at the University of Warsaw. After graduating and spending some time as a paediatrician, in 1905 up until 1912, Korczak worked at Bersohns and Baumans Children’s Hospital in Warsaw. During the Russo-Japanese War (1905-1906) he served as a military doctor. In the meantime, his book Child of the Drawing Room gained him literary recognition.

During the First World War, Korczak became a military doctor with the rank Lieutenant.

Korczak is best known for his writing in fiction and in pedagogy. His writings about education and children have been translated into over 20 languages. 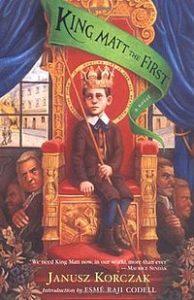 Korczak often utilised the form of the fairy tale to tell his stories in his children’s books, in order to prepare children for the realities and difficulties of adult life, and the need to make decisions when dilemmas would come their way. For example, his 1923 book King Matt the First is about a child who was a prince, suddenly his father died leaving him the throne. Matt must learn to overcome various problems and learn from the mistakes of his father and of his own.

His pedagogical books express his experiences of dealing with difficult children. He also shares his views on corporal punishment. In The Child’s Right to Respect, he stated:

“In what extraordinary circumstances would one dare to push, hit or tug an adult? And yet it is considered so routine and harmless to give a child a tap or stinging smack or to grab it by the arm. The feeling of powerlessness creates respect for power. Not only adults but anyone who is older and stronger can cruelly demonstrate their displeasure, back up their words with force, demand obedience and abuse the child without being punished. We set an example that fosters contempt for the weak. This is bad parenting and sets a bad precedent.”

When World War II came about in 1939, Korczak witnessed the invasion and take-over of Poland by the Nazi Party. When the Nazi’s formed the Warsaw Jewish Ghetto in 1940, the orphanage that he had founded was forced to relocate – he moved into the newly located orphanage with the children.

Unfortunately, the German soldiers can to collect around 195 children from the orphanage to transport them to the Treblinka extermination camp, along with the members of staff. At this time, Korczak had been offered protection on the “Aryan side” by Zegota. However, he had repeatedly turned the offer of sanctuary down because he refused to abandon his children. He stayed with the children right until the very end. 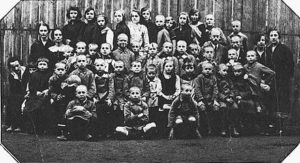 According to popular legend, Korczak was actually recognised by an SS officer as the author of one of his favourite children’s books and offered him an escape route. Once again, Korczak refused this offer in order to stick by the children.

Although it has not been able to be confirmed, it is believed that Korczak, alongside the children, was killed in a gas chamber upon their arrival at the extermination camp, Treblinka. It is estimated that he would have been 63 or 64 when he died in 1942. He has a commemorative tomb stone located in Treblinka itself. 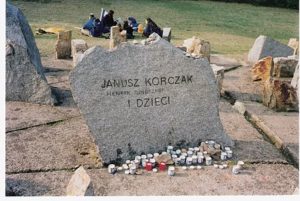