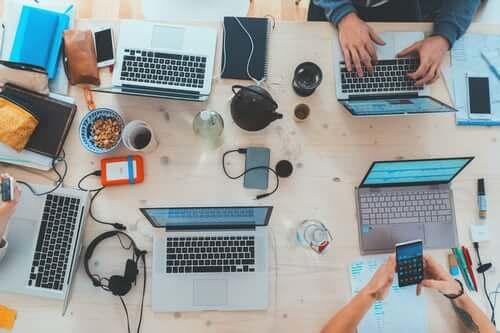 It’s fair to say that for a lot of businesses and a lot of industries, 2020 has been a year to forget. There have been plenty of struggles, from retail to travel and far beyond, with almost every business coming unstuck due to the pandemic at some point. However, many have also enjoyed a boom, and that will continue into 2021 as we all start to look towards a new year, and hopefully a much happier one.

Gaming has hit real heights in 2020 as people look to seek entertainment during long spells indoors, with the likes of sports, bars, restaurants and socialising outside of a bubble is put on hold. The numbers were quite staggering in terms of gaming app downloads during March through to June and that has continued across the rest of the year too. It’s been a huge boost for all areas of gaming. Zynga saw their shares increase at a quite staggering rate, while the top 10 online slots UK based saw a phenomenal amount of attention. During May, online casino searches were at an all-time high in the country ,as people looked to the likes of Mega Moolah and Rainbow Riches for enjoyment.

Slots were particularly popular and it has only boosted an industry that was already skyrocketing into 2021, where it’s expected to do so further. Gaming in 2021 is also to be boosted by the arrival of the PlayStation 5 and Xbox Series X, both of which are all set to completely transform the console gaming industry. They’ll be ones to watch next year, and over the coming years too.

As gyms struggle to stay afloat, the rise in fitness technology in the home is huge. During the first half of 2020 fitness app downloads grew by nearly 50% worldwide, while there was also a huge rise in the purchasing of fitbits and Apple Watches as people sought out their own methods of fitness. Digital health is expected to be an even bigger market next year, with digital personal trainers, fitness plans and diaries set to completely take over from the human version. We’ll also see an increase in medical robots which will help aid people suffering from injury and their recovery. With the pandemic seemingly not going away anytime soon, the idea that we will all remotely be working on our fitness is increasing, with brands like Peloton set to have a huge 2021.

For many students, it’s a case of the new normal these days. Large lecture halls filled with students will not be reappearing in the near future and 2021 is certainly going to be the year for e-learning. It’s of course not a new concept, but is one many are now embracing, with universities offering online tutorials and lectures, while enhanced software is allowing students to take courses and be tested across pre-school right up to higher education.

We’ve already seen the rise of apps being used in healthcare, while consultations and appointments are frequently being held via video conferencing. That will undoubtedly become the new normal as people prioritise their health and isolate during periods when they are suffering. The healthcare industry needs to adapt to this and is already making the steps to do so.

However, it will be a complete game-changer not just in appointments, but a knock-on effect to testing, medicines and prescriptions and more. Developers are being incredibly careful with this though and it’s unlikely that complete transformations will be made in the next 12 months. Security will be paramount with them, while they also need to consider the fact that the generation of people who perhaps use healthcare the most, may not be digitally savvy enough to cope with such changes. Either way, it’s integral that healthcare continues to become more prominent digitally given the current climate, and the development of apps, systems and processes will be funded significantly in the coming months by governments across the world.

Off The Shelf Vs Custom E-Learning: Which Should You Pick?